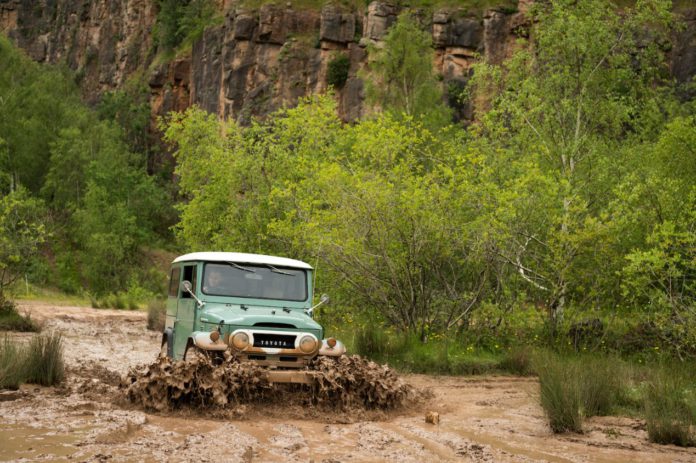 Toyota has announced that it is reproducing “key” discontinued components of its “legendary” Land Cruiser 40.

The model is the latest great Toyota to benefit from Toyota Gazoo Racing’s Heritage Parts Project.

TGR made the announcement today (Thursday, January 13th), to help enthusiasts keep more of these “mighty” SUVs on the road.

Around the world, the Land Cruiser 40 became symbolic of a “go anywhere” performance, a “tough and hugely capable” 4×4 with a history spanning four decades from its launch in 1960.

It joins other Toyota classics in the heritage project. These include the:

In 2022, it will produce a further 56 reproduction parts for six different vehicles.

From February 1st, these will be gradually made available for purchase through Toyota retailers worldwide, in the same way as genuine parts for current models.

The GR Heritage Parts Project will form part of TGR’s presentation at the Tokyo Auto Salon, running from tomorrow until January 16th at the Makuhari Messe in Chiba City.

Toyota has taken the wraps off its bZ4X, a pure electric purpose-designed battery electric vehicle (BEV).

The Japanese multinational automotive manufacturer will launch the SUV in the UK in 2022.

It will offer it for sale in three equipment grades plus a special, high-specification Premiere Edition version to mark its “significant” debut.

The pure grade is the entry point to the line-up, with features, including

Options include roof rails and a towing pack. The bZ4X Pure will be offered exclusively with front-wheel drive.