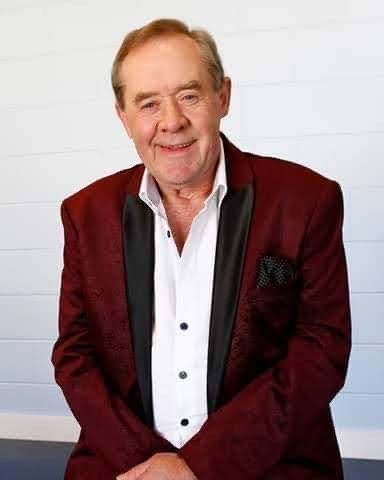 John Glenn: ‘The Band with the Magic Beat’

Sharon Murphy, who is the head of promotions with John Glenn and his band, gives Conor Halpin, journalism intern, an insight into their musical journey.

From a tender age, John was involved in music with local bands around his native home in Crossmaglen, Co. Armagh. He then became a professional singer in 1975 when he was asked to become the new lead singer with the Mainliners Showband, after Big Tom’s departure to form The Travellers.

What are the some of the singles John and the band recorded so far?

His first album with the Mainliners band was entitled, Sunnyside Of The Mountain, and the title song, Sunnyside of the Mountain, earned him a gold disc. It was his first big hit and reached number five in the Irish charts.

John and the band continued to have great hit with songs over the years such as Darlin Let’s Turn Back the Years, Keep on the Sunnyside, Noreen Bawn and “The Boys From The County Armagh.

Has John and his band gained traction in any other countries?

John toured overseas for three years with the band around the UK and Scotland until he decided in 1978, to form his band the Wranglers. The band’s huge success led to a tour across the island of Ireland and around America and Canada.

John performed live in Wembley Stadium in London as part of an Irish Country Show in 1979. He continued to play with the Wranglers band and do solo performances until reuniting back with The Mainliners band.

When did John reunite with the Mainliners Band?

In 2018, forty years later he rejoined the infamous Mainliners band and the reaction was incredible when he returned to the stage.

For two years, they toured Ireland bringing the songs people loved to hear and bringing memories to their fans and recapturing new fans.

They have lost band members, Seamus McMahon in 2019 who was lead guitarist with the band and is a brother of Henry McMahon who plays sax in the band.

In January 2020, the band lost Thomas Kernan who took over from Seamus Mcmahon as lead guitarist. They will both fondly remembered and both members have played an integral role in the brand-new album entitled Roses in the Snow, which was released in August this year.

How many songs are on the new album?

The twelve-track album consists of tracks being sung not only by John but band members: Ronnie Duffy, Ginger Morgan, Martin Campbell and a track sung by the late great Seamus McMahon.

The album includes the title song, Roses in the Snow, and other hits such as Dim the Lights and Pour the Wine, Green Green Grass Of Home, No One Will Ever Know, Streets Of Baltimore and Anger And Tears.

The ever-popular track among fans at the moment is a song called When The Robins Come Home” which was given to him by band manager Kevin McCooey. This track has given them a number one single for three consecutive weeks on the South-East Radio charts in Co Wexford on the Tony Kehoe Country Show.

Also, John had huge success with tracks on the album such as Anger and Tears and The Streets Of Baltimore, which reached the top ten on local radio stations. The album has reached number one in top-selling albums across the country.

How has Facebook live streaming contributed to his online presence with his fans?

John has a very successful Facebook show which airs every Friday night on the John Glenn and the Mainliners Fan Page at 8 pm.

His very first show had a viewing of over 27,000 which is truly remarkable. John is very down to earth and humble man. His fame has never phased him, and he is thrilled that the people are enjoying his music very much.

How has John been finding the success of his new album?

John says the response to the new CD is fabulous. He said they couldn’t have anticipated this reaction and are extremely delighted. He wishes to thank all friends, fans and DJs for their fantastic support.

Where is the new album available to be purchase?

The new album celebrates over forty-three years of music and is available to buy in your local outlets. Furthermore, you can purchase it through Raymond Stewart shop in Dungannon or on their website online at Sharpe Music. You can also buy the album through a Paypal link on the John Glenn and Mainliners’ Facebook page.

What challenges has the pandemic sprung?

Due to Covid 19, the band did not get the opportunity to have an album launch. To conclude, they are looking forward to the future when they will be able to reunite with their fans and play all their favourite songs.