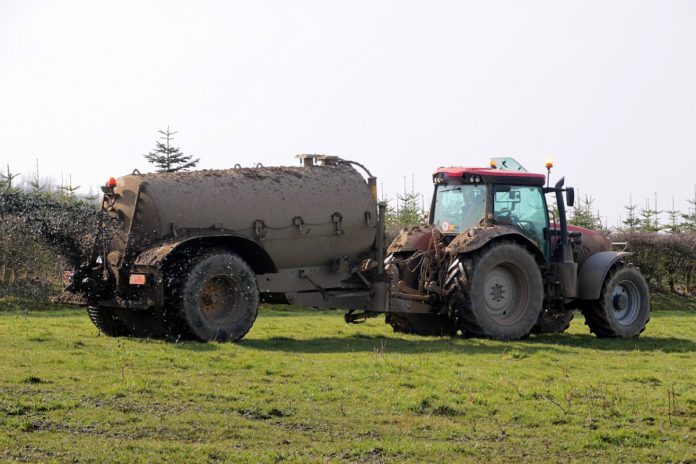 Researchers have found an inexpensive way to transform slurry into a valuable animal feed.

The Brainwaves project, funded by the EU through the Ireland-Wales programme, brings together expertise present at UCC and Aberystwyth University.

Speaking to That’s Farming, Professor Marcel Jansen, environmental plant biology at University College Cork, said: “BRAINWAVES will develop a circular economic approach to manage the thin fraction of slurry, developing technology to remediate this wastewater, to generate economically valuable feed, and, thus, to enhance the competitiveness of the beef and dairy industry in Ireland and Wales.”

BRAINWAVES, which will run for three years and got underway in January, will develop native common duckweed (Lemna minor) as a novel crop for Irish and Welsh farms, by advancing technology to grow this plant on dilute slurry.

Duckweeds are amongst the fastest growing plants, are tolerant of ammonium (present in slurry), and produce valuable protein that makes it a promising feed-stock to replace costly soybean, Professor Jansen explained.

Research on the use of duckweed to clean up wastewater started some 10 years ago in his research group at UCC, but, has, in the last couple of years markedly accelerated.

“This is driven by the tightening of environmental regulations on the release of wastewater, but also by the need to re-use the resources present in that same wastewater.”

“At present, we run a large-scale EPA-funded project, in which we use duckweed to capture the nitrogen and phosphorus present in dairy industry processing wastewater.”

For example, wastewater that results from the production of dairy products such as cheese, yoghurt and milk powder is utilised, as explained here.

A further project, BIM (Bord Iascaigh Mhara) funded, focusses on capturing and cleansing the wastewater from a freshwater fish farm in Offaly, using a 1.2ha network of duckweed covered channels.

“In all these projects, the end products are the same, cleaned up water in combination with valuable duckweed that can be used as an animal feed.”

“Duckweed, despite being very common, is a rather special plant that can grow on contaminated waters, and rapidly take up plant nutrients such as nitrogen and phosphorus.”

“This results in the clean-up of the wastewater. Duckweed can even tolerate the high ammonium content present in slurry.”

“The plant rapidly converts ammonium into plant proteins. The amino acid profile of those proteins makes duckweed highly suitable as an animal feed.”

“In terms of the amino acid composition, duckweed can be compared to soybean, and is a potential replacement of imported soy.”

There is strong evidence that duckweed is a suitable component for fish, fowl and pig feed, while successful use in cattle feed has also been trialled, according to the professor.

“The project will optimise the technology to use duckweed for cleaning up the thin fraction of cattle slurry, and develop demonstration set-ups where farmers will be able to see the system in action. “

How can farmers benefit?

“There are two benefits for farmers of the developed duckweed systems including the remediation of the thin fraction of slurry, such that it can be safely released on surface waters.”

“A feedstuff can be generated that can be used to reduce reliance on costly soybean.” Professor Jansen concluded.

- Advertisement -
Previous articleVIDEO: How many sexed semen straws will I need?
Next articleWeather: Rain on its way back again