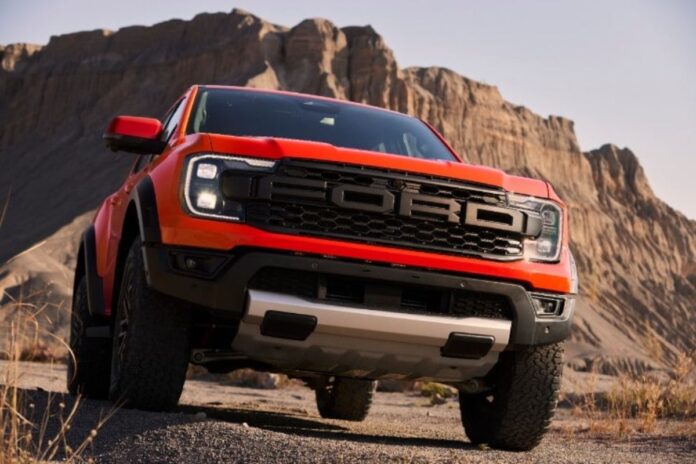 Ranger Raptor is the ‘toughest and most advanced’ Ranger yet

Ford claims that its next-generation and next-level Ranger Raptor is the “most advanced Ranger ever made”.

It says that its newest machine raises the off-road performance bar as a pick-up built for “true” enthusiasts.

The Next-Gen Ranger Raptor is what it regards as the ultimate performance derivative of the all-new Ford Ranger.

In Dave Burn’s, Ford Performance chief programme engineer for Ranger Raptor, words, “it is significantly faster, looks incredible, is packed with new features, and is the toughest Ranger we have ever made”.

“We have focused on delivering a genuine performance truck with the Next-Gen Ranger Raptor. The acceleration and raw performance of the new powertrain leave you grinning from ear-to-ear.”

“We knew that customers would expect improved performance with the Next-Gen Ranger Raptor. However, I am not sure they are expecting the enormous leap we have made. It is a seriously fun truck to drive, and I think the raw performance is going to blow them away.”

Some of its key features:

Order books for the Next-Gen Ranger Raptor are now open, enabling customers to specify and order the ultimate performance pick-up.

Also, they can select features such as the Raptor exterior dress-up pack, a splash decal package, functional load bars and roller shutters.

The company has confirmed that it will commence customer deliveries of the second-generation Ranger Raptor in late summer.

“Being able to build their dream Next-Gen Ranger Raptor is now a reality for our customers – and they can experiment with the range of options with our online configurator.”