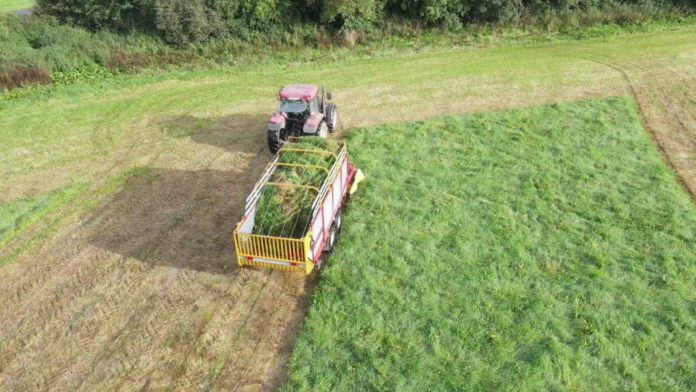 5 of our most popular farming videos

In this article, That’s Farming editor, Catherina Cunnane, takes a look at some of the most popular videos, we have shared across our social media platforms.

How zero-grazing changed my life

That’s Farming visited the farm of Tim Mannion, a 120-acre dairy farmer, who has been zero-grazing for over one decade now.

He said: “There was an awful lot of stress out of milking cows and at that, we were not getting the full potential out of the cows”.

“That is why I looked at zero-grazing. There were people operating this system overseas, and I started to look at it as an option to scale-up the whole business.”

Zero-grazing – Is it the way forward for finishing cattle?

We also visited Rory Delaney, a former 80-suckler cow farmer who made the jump to robotic milking in recent years, on his farm just outside Ballyhaunis in Co Mayo.

How one child’s quick-thinking saved his father’s life

Peter Gohery from Eyrecourt, who farms a suckler cow herd, lost his leg in a PTO accident, but it could have been so much worse if it was not for the quick thinking of his then 10-year-old son.

Johnny Lynch from West Cork had been working as a dairy farmer in 2009, and he realised that by 2015, the quotas were being removed and that would cause a decline in milk prices, so he had to make a decision.

Johnny did stay in dairy; however, he traded his herd of cows to a herd of Water Buffalo.  If making mozzarella cheese didn’t work, then he could start selling their meat.

“Water Buffalo are a very healthy animal, the milk is much more like goats’ milk than cows, so you have a much higher yield for making cheese”, said Johnny.

The farmer travelled to Italy for a couple of weeks to learn the process of mozzarella making.

The Lynch family did learn; however, they also employed a professional cheesemaker – Seán Ferry.

You can see more farming and machinery videos, on our YouTube channel, which has over 15,000 subscribers.