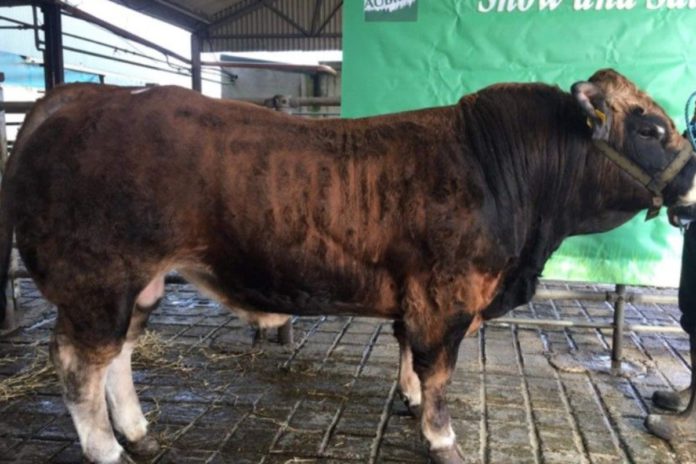 Saturday (October 24th) was a historic day for Aubrac breeders after a new record price was set for an Aubrac bull at auction.

The sale leader, property of Mr Michael Hanlon of Ashbrook Aubracs, Ballinrooey, Dring, Co Longford, is a son of AI bull, Dauphin, while his dam is a Roussel daughter.

Sharing the same price tag was Christy Doyle’s, Enniscorthy, Co. Wexford, Kiltealy Norman, a Johnstown Ian 1144 son with a replacement index of €148 and a terminal index of €159. 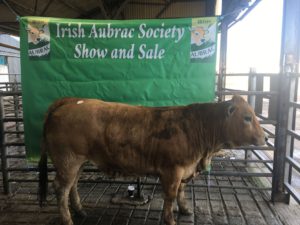 In addition, Francis Donohoe, Johnstown, Collinstown, Mullingar, Co. Westmeath secured €2,400 for his Invincible daughter, Johnstown Oceana 1572. The January-2019-born entry was presented for sale with a replacement index of €155 and a terminal index of €147.

Hitting the same four-figure sum was John Walsh’s Caporal daughter, Ballintra Orsola. The May-2019-born from the Rockhill herd in Ballintra, Co. Donegal has a replacement index of €144 and a terminal index of €121.

Conor and Gerard O’Donnell, Dungloe, Co. Donegal secured €2,000 for their July-2019-born Joker daughter, Heathersfield Olivia. She went under the hammer with a replacement index of €161 and a terminal index of €133. 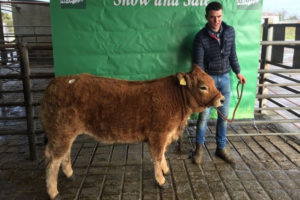 On the other hand, an in-calf cow Ballinclea Gisele property of Mr Sonny Jennings, Cahergal Aubracs, Cahergal, Tuam, Co Galway, sold for €2,600. The Merville Brutus daughter has a replacement figure of €237 and a terminal rating of €137.

Speaking following the sale, a spokesperson for the society said: “There were 29 females and 13 males on offer at our online-only sale. Weanling heifers averaged €1,625, while maiden heifers levelled at €1,990.”

“Overall, the clearance average was 79%. Congratulations to all our sellers and best of luck to all our buyers.” the spokesperson concluded.