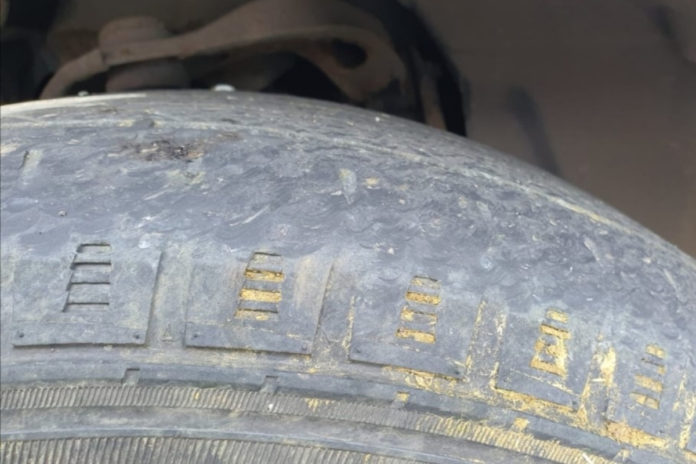 The motorist was handed a Fixed Charge Penalty Notice (FCPN) after officers discovered that the vehicle’s two front tyres were “extremely worn”.

According to the Road Safety Authority (RSA), in addition to a FCPN, those who drive a vehicle with defective or worn tyres, will be ordered to pay a fixed charge (or fine) of €80.

Two penalty points will also be endorsed on their licence on payment of the fine.