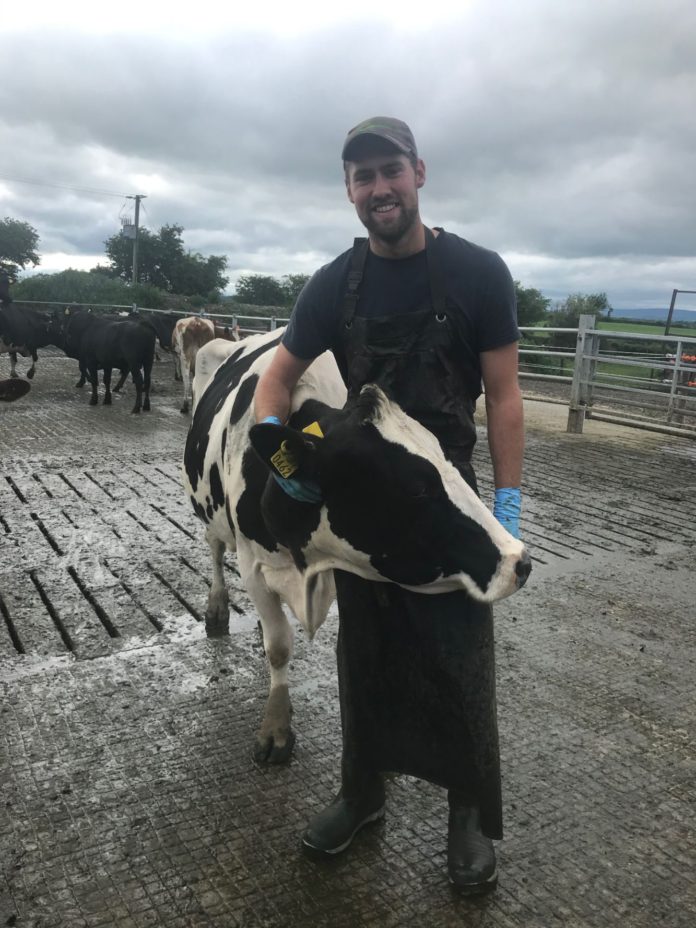 As part of this week’s dairy segment, Catherina Cunnane, speaks to Kiwi native and dairy farming enthuaist, Jacob Sievwright, who was not born into a farm but is managing a 300-strong herd in Co. Tipperary.

While Irish natives frequently venture to New Zealand to avail of opportunities in dairy, Kiwi native, Jacob Sievwright, is doing the exact opposite.

Growing up in the heart of a city with almost 90,000 people is a far cry from where he currently resides in Cashel, Co. Tipperary.

A son of the owners of a printing company in Palmerston North, Jacob was never exposed to farming throughout his childhood. He was a road cyclist athlete and competed in France, Australia, and New Zealand until 2018.

“In July 2018, my girlfriend’s parents asked if I wanted to help on their 550-cow dairy farm during calving. I took on the opportunity and have loved dairy farming ever since,” he told That’s Farming.

“After both spending time in Europe in 2018, my girlfriend, Katie, and I decided we wanted to continue travelling the world. The best way for us to do this is to live and work somewhere, and travel during time off and weekends, so we made the journey to Ireland in June 2019.”

“We chose Ireland because the dairy industry is like New Zealand (pasture-based system) so we would be able to continue with our career progression while also being able to travel. My girlfriend is interested in dairy research, and this was also a big drawcard to move here.”

“Also, I believe it is important to get different perspectives on dairy farming to spark new ideas and interests that I can take back to New Zealand.” 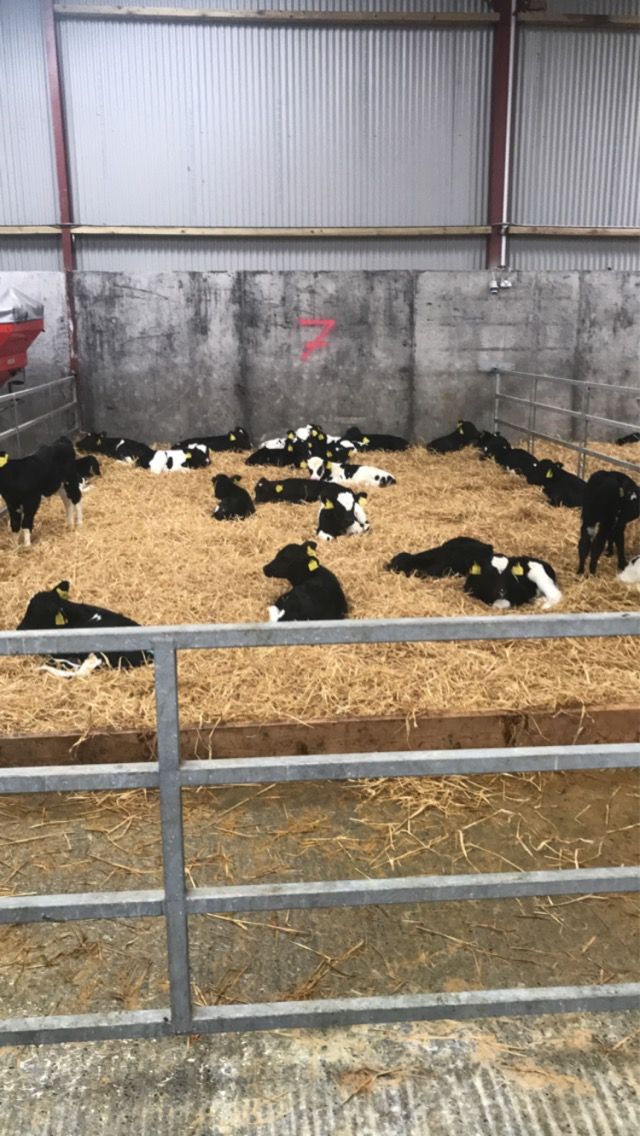 Jacob worked on a 550-cow spring-calving farm in Taranaki, New Zealand as a farm assistant. When he arrived on Irish soil, Goldenamber Dairy LTD employed him as an assistant farm manager.

After seventeen months in this role, he was promoted to the position of farm manager.

“We have two full-time staff throughout the year, along with one part-time staff member. Also, we have a few university students and FRS staff on-farm during the calving period.”

“We send calves to a contract rearer in May once weaned and they return to our farm three months before we expect them to calve.”

“Also, we have 14ha of a support block that is primarily used for silage and weaning calves on.”

In 2020, they over-sowed white clover into 30% of the farm. White clover is very common in New Zealand to help reduce chemical nitrogen use and increase milk production. For several years now, the farm owner has been crossbreeding, which would be another common practice in New Zealand. 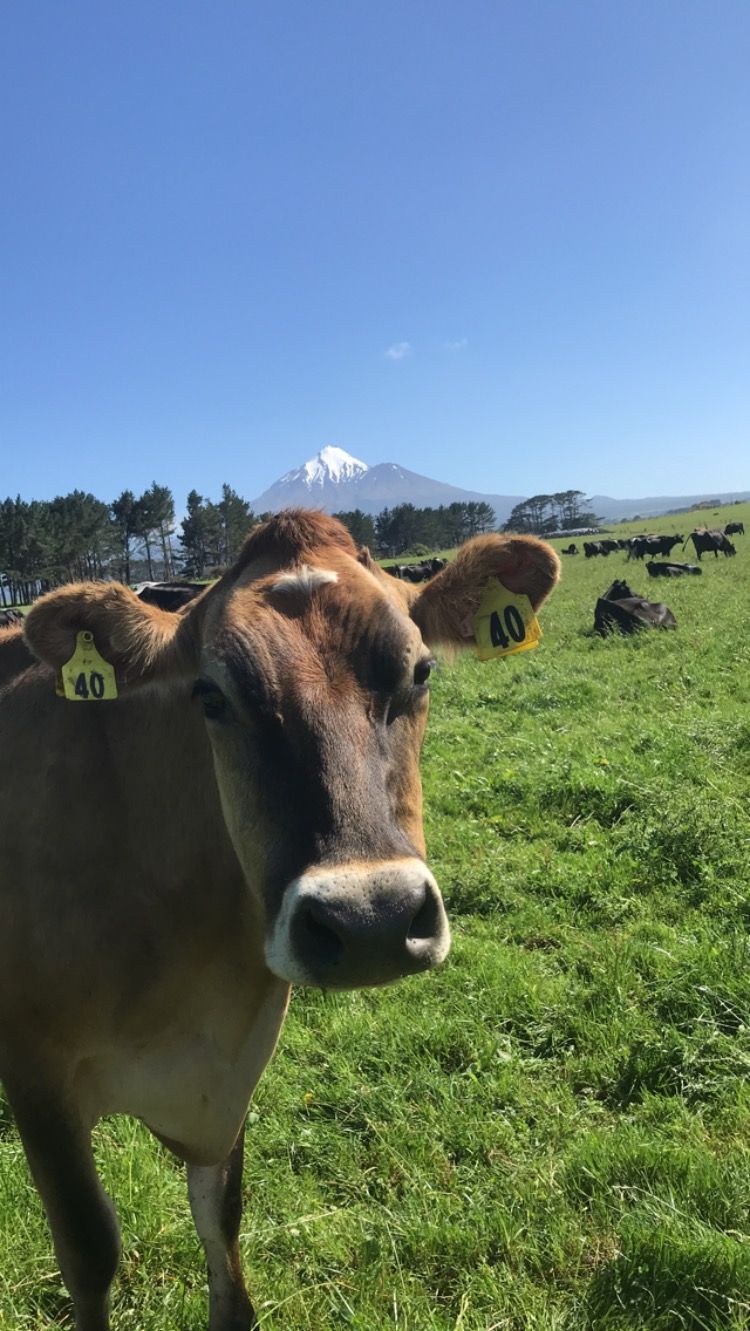 Jacob works an 11-days on and three days off roster, meaning he has every second Friday, Saturday, and Sunday off. For him, a good work-life balance is paramount.

“I work with my boss to alternate morning and afternoon milking, meaning that I am only required to do one milking a day, and my boss does the other milking.”

“My day-to-day tasks change every day; however, there are key tasks that need to be completed. For example, a typical day would look like milking at 6 am, if I am on the morning milking shift and then having a breakfast break.”

“If I’m not milking in the morning, I start at 9 am. I would then carry out a grass measurement walk. I usually do this walk every 4-7 days, depending on grass growth at that time of year. Once I have done this, I would plan the grazing rotation for the next week.”

“Also, I would create and update and feed budgets that I am using at that time. I spend the rest of the day carrying out general farm maintenance. Then, I will do the afternoon milking if it is my shift.”

“Afternoon milking usually starts at around 3.30 pm and is finished around 6 pm. Every day is different, and you never know what to expect for the day ahead. That is what I most enjoy about my job.” 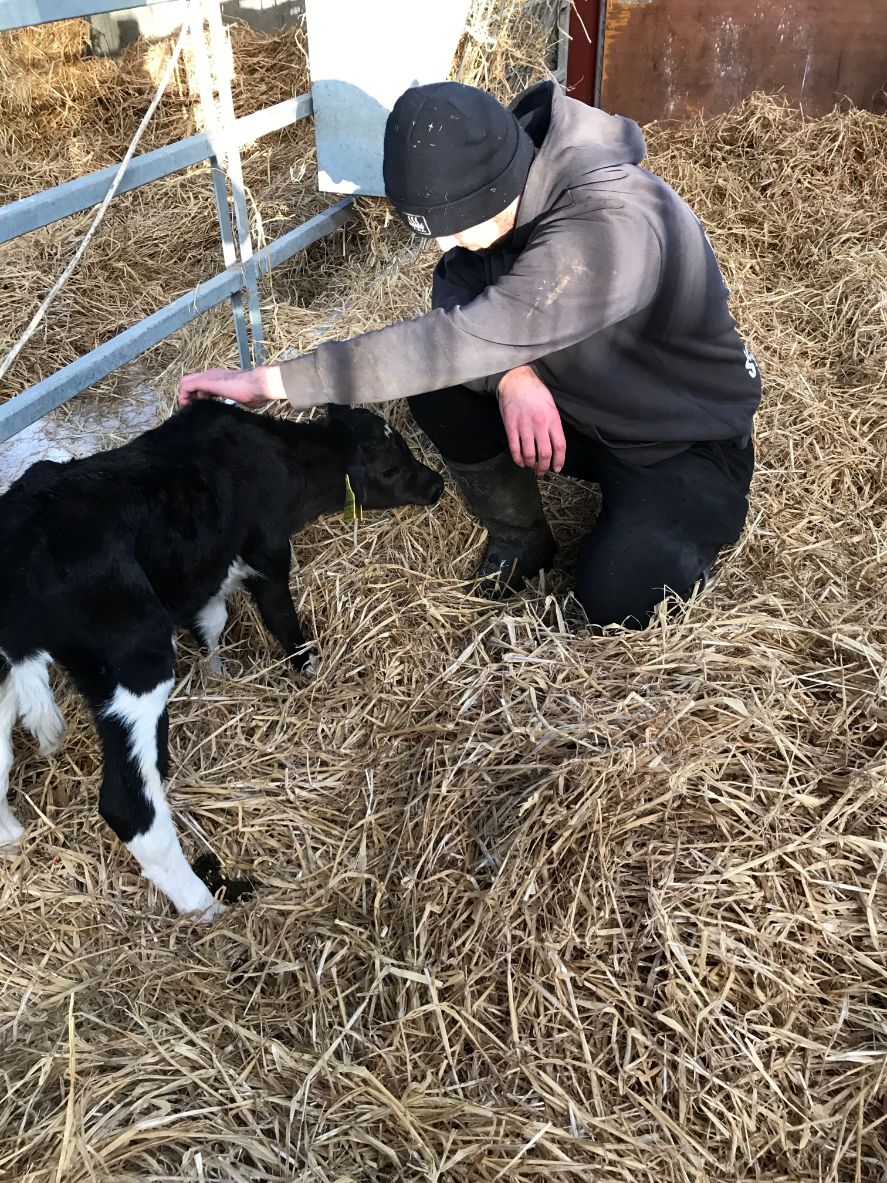 Differences between New Zealand and Ireland

When Jacob first arrived in Ireland, he had to adjust to what he termed as the “Irish way of farming”.

Firstly, he had to learn about various grass measurement techniques. In New Zealand, he utilised a rising plate meter, however, his current farm uses the cut and weigh method.”

“Secondly, another aspect that I had to learn was the Economic Breeding Index (EBI) used to value dairy cows genetically. We have a similar system in New Zealand. However, we use three different values called Breeding Worth (BW), Production Worth (PW), and Lactation Worth (LW). It was also new to me to house cows inside over winter.”

“The main difference I think is that the cows are housed inside over winter. On the farm, I worked on in Taranaki, cows were kept outside on grass all-year-round.”

“The farm there had free-draining, volcanic soil, and the winters were not as wet and cold as it gets here in Ireland. Obviously, to be able to have the cows inside during the winter, we need to make a lot more silage, that I would in New Zealand.”

Also, another difference lies in grass measuring figures of kgDM/ha, as Jacob pointed out “In Ireland, a cover of 0kgDM/ha would be 4cm of grass. In NZ, 4cm of grass would be 1500kgDM/ha.”

“New Zealand considers the grass that is from the soil to the 4cm height. The Kiwi system is taken off total cover whereas in Ireland they go off available cover.” 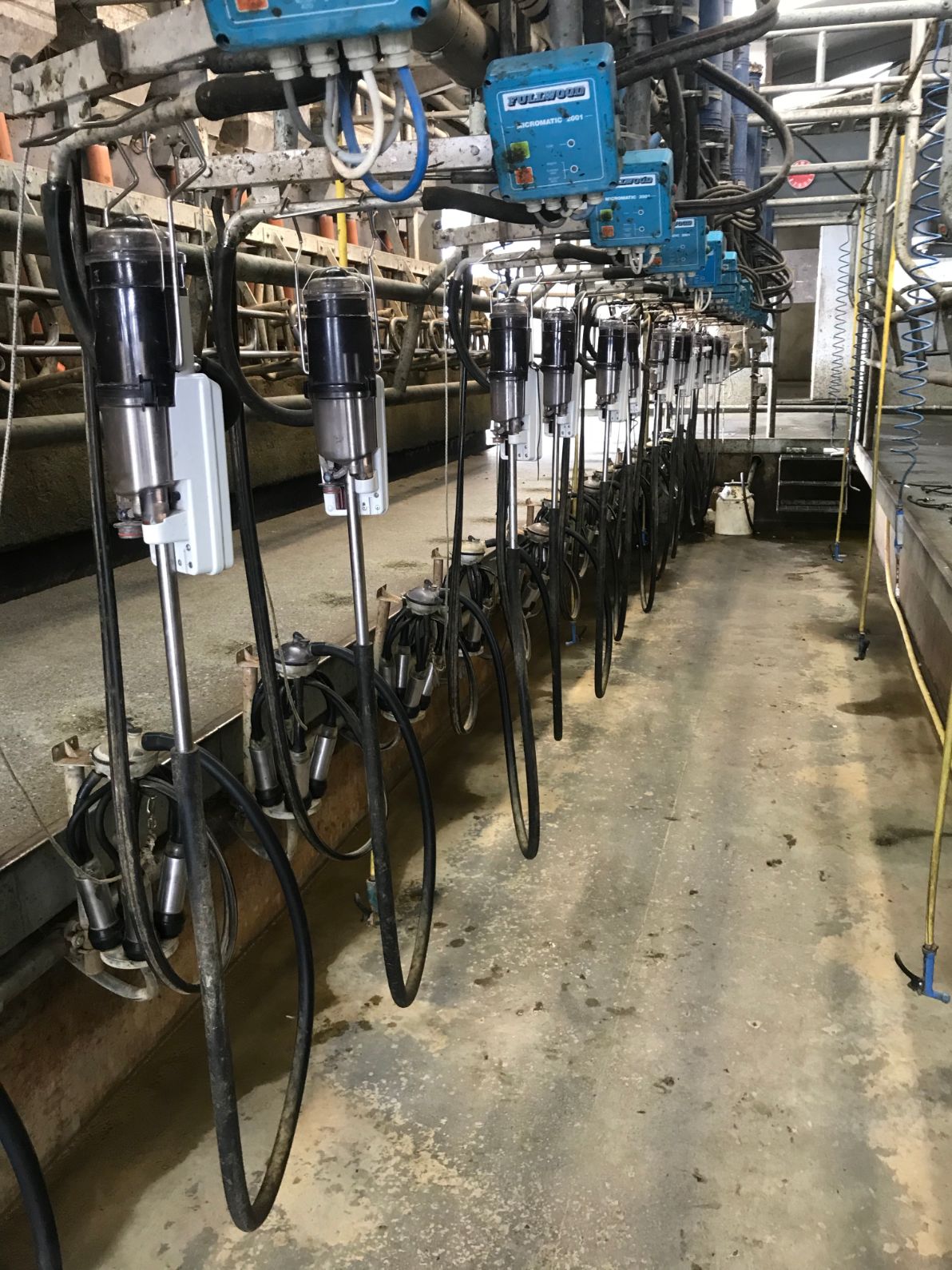 Another critical difference Jacob shed light on is the legacy of farming families here in Ireland.

He said he has noticed that the Irish has a powerful connection to their land, and generally, land has been in the family for hundreds of years.

“This is less common in New Zealand, partly because we are a younger country and there is a greater landmass.”

“In my home country, it is common to move to different farms as you work your way up in the industry and buy a farm that is not likely to be the same farm that your parents or family have farmed.”

“In New Zealand, when the next generation is taking over the farm, they are expected to pay for it. This is a big difference I see between the Irish and NZ dairy industry.” 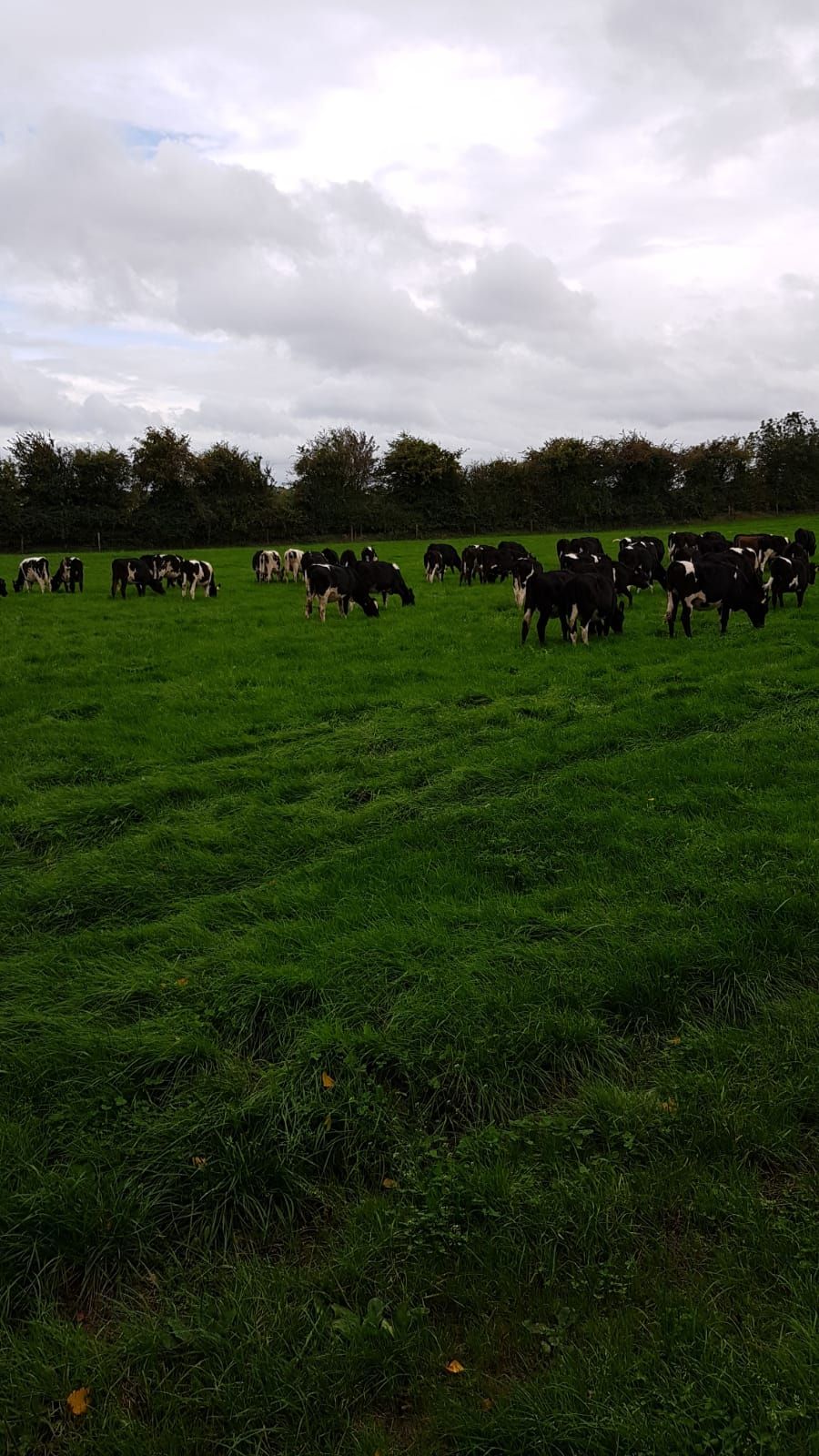 Looking ahead, Jacob intends to remain in Ireland before returning to his home soil to continue his dairy farming adventure. He is considering completing one year in farm management before venturing into contract milking or low order share milking farming.

“We plan to build up enough money to buy our own herd of cows and then progress to be able to buy my own dairy farm.”

“My journey in the industry has allowed me to progress quickly and learn a lot about the industry along the way.”

“Dairy farming has led me to be able to travel to Ireland and grow my network and support people in the industry,” Jacob concluded.