A family in Onarga, Illinois, USA is celebrating the birth of twin donkeys.

The rare arrival occurred on Thursday, January 21st on Carrickhill Farm, owned by Michael and Tricia Willis and family.

According to statistics, it is understood that 1.5% of mares have twins and twins survive in just 10% of cases.

Michael, a native of Sligo, and Tricia, originally from Clare, purchased their 200-acre farm in 2006, after immigrating to America from Ireland, in the late 1980s.

They met in New York, and moved to Chicago in 1989. They primarily rear Angus cattle and have three, (now 5), donkeys that run with the herd to offer protection from predators.

Martin Leydan, from Cliffs of Moher, Co. Clare purchased, Molly, the twin’s dam, in Iowa, in 2010.

“Martin has been an avid donkey lover since he was young. Before Martin purchased her, she was a work donkey on a horse farm. Her job was to help train quarter horses. Martin believes that he paid $100 for her.” the family told That’s Farming.

“We acquired Molly from Martin in 2018, so we could breed her with our jack, Elmer. Molly had a single female foal in 2019, which we named Sadie. We think that Molly is roughly 27-years-old, so we did not want her to get bred again after having her foal last year.”

Furthermore, they purchased their jack, Elmer, now approximately 7-year-old, at a local mart in 2017.

“At the time we got him, he was in bad shape. We purchased him for a sum of $25 as we wanted to give him a better home on our cattle farm. Now, Elmer has a happy life on our farm, and he even has his own Instagram page.”

The twins, one female and one male, were born without assistance. The family have named them Biden (male) and Harris (female), to honour American’s newly elected presidents, whose party (Democrat), has a donkey as their symbol.

“Our donkeys were born on their first full day in office. They are doing well. We are assisting with bottle feeding, as well as nursing. We have them in a closed-in stall with a heater.”

“Times have been tough with Covid-19. It is nice to have new-born twin donkeys to lift spirits in these hard times. They were the first new-born animals on the farm this year.”

“We intend to rear them as naturally as possible and let them out in the fields to roam and graze once the weather gets warmer,” they concluded. 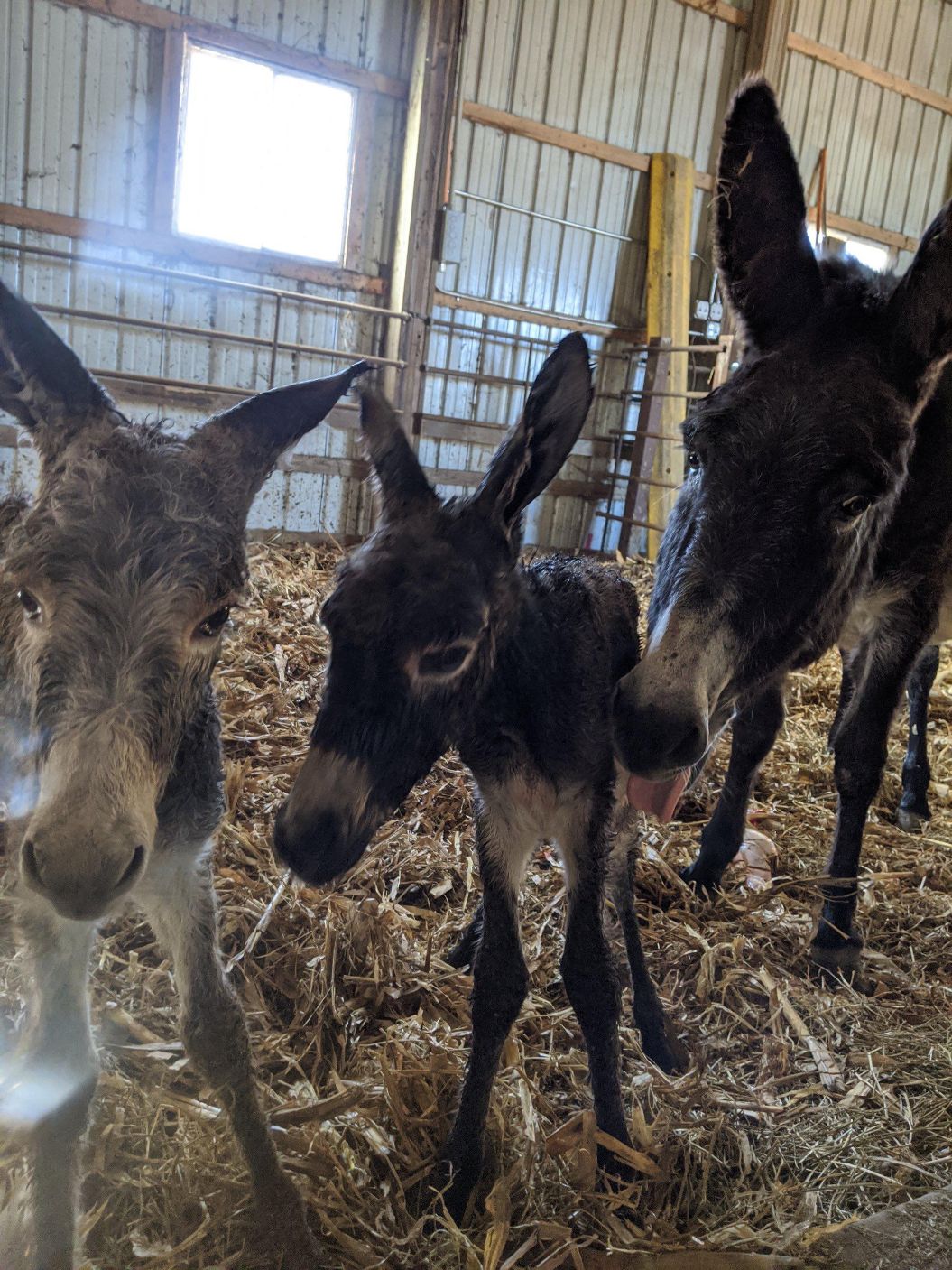