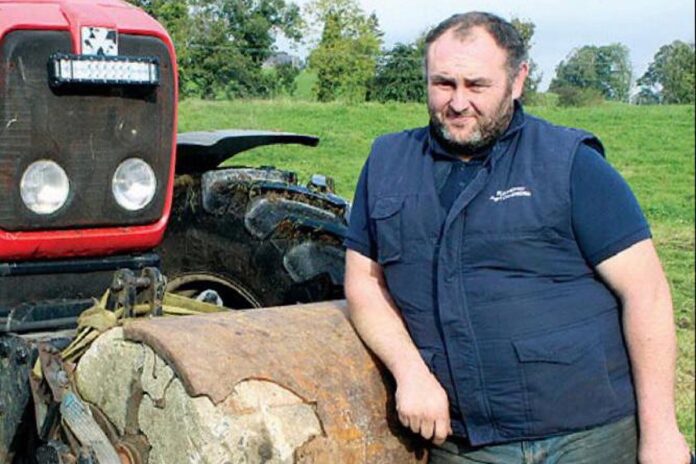 ‘You cannot work for nothing’ – ag contractor

As part of this week’s Ag Contractor of the Week segment, That’s Farming profiles R McElroy & Sons Agri Contracts, Co Down. Robert discusses taking over the agricultural contracting business, spreading 250,000 gallons of slurry annually, making a move to wagon silage and challenges in the industry.

Over 19 years ago, Robert McElroy invested in a RP 200 Welger baler (attached to a Massey Ferguson 390T 4WD tractor), which garnered interest from local farmers requesting his services.

The Katesbridge, County Down, agricultural contractor wrapped bales with a McHale 991 wrapper and a Massey Ferguson 390T 2WD tractor.

In 2005, his son, Richard, left school at sixteen to take the firm’s reins.

“I suppose any young person likes tractors. I started helping make silage during my youth with my grandad,” his son, Richard McElroy, told That’s Farming.

Richard grew up with the agricultural contracting bug with his father and grandfather, Bertie, involved in the industry.

The fifth-generation farmer and his father run an 80-cow herd of British Friesian-cross- Montbéliarde dairy cows on 90-acres of owned ground and 60-acres of leased land.

He revealed that the agricultural contracting and his dairy enterprise are separate firms, with each “having to survive on its own feet and neither subsidising each other”.

The business employs two part-time operators, with assistance from his father and brother, Lee, serving a 20-mile radius from Katesbridge.

The agricultural contractor gained his customers, currently 30 farmers, through word of mouth, with 30-40% of these clients from his father’s business.

“I pride myself in making a good bale and a good, chopped bale. For example, I run twenty-five knives on the baler all the time, and a lot of my customers say the baler is chopping well.”

“I only do a job like I would like it done for myself. There are no half-measures. If I did not do it on my farm, I would not do it on another person’s farm. I do everything as good as I can do it.” 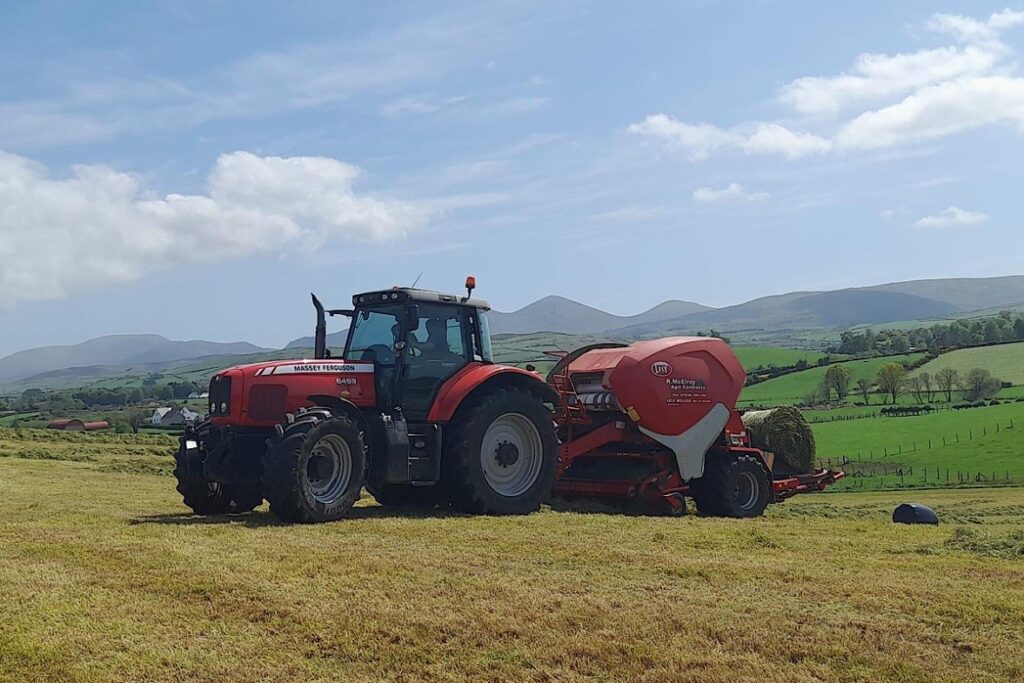 The business spreads up to 250,000 gallons of slurry annually (including his tanks) and helps Armstrong Contracting haul slurry to their umbilical pipe slurry system.

According to Richard, baling is the firm’s most popular service, making 6,500-13,000 silage bales – depending on the year and a further 1,200 round bales of straw.

After years of using different self-propelled and precision-chop harvesters and, in recent years, finding it “hard” to source labour, Richard “bit the bullet” and invested in a second-hand PÖTTINGER loader wagon.

After this, his neighbour cut his silage using a self-propelled harvester in subsequent years before Richard invested in a Lely silage transport wagon.

“I always found cows milk better on round bales, so I said we need to get a wagon to get the same chop length of grass. My customers are saying cows are chewing the cud, which they are supposed to do.”

In his experience, dairy cows need more precision-chopped silage, their intake increases due to digesting a longer-chop length of silage, but they produce the same number of litres on less grass.

Currently, Richard cuts wagon silage for three clients, with 2022 recording 200-acres (including his own silage pit), compared to 60-acres (plus his own silage) in the first year. 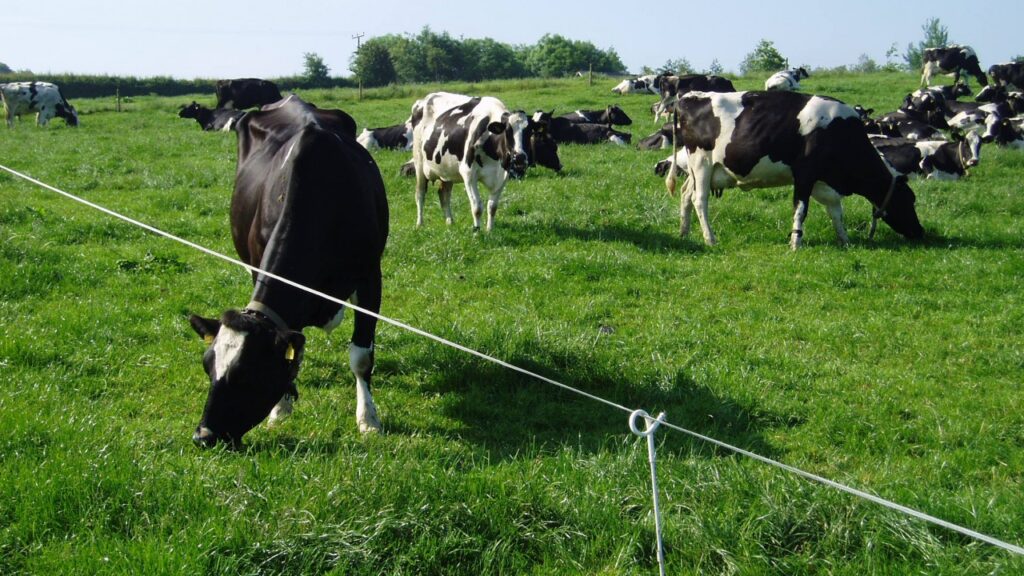 “To be honest, my business would not be going today if I had not brought in machinery dealers all the time to do all the maintenance. But, in my opinion, there is no way I could do it.”

Richard explained that rising diesel, machinery, and insurance are the challenge he faces in the industry.

“You can take the knives out and sharpen them every 300 bales, but they will only last so long.”

In his view, the key element of running a successful agricultural contracting business is “good” communication with your customers. 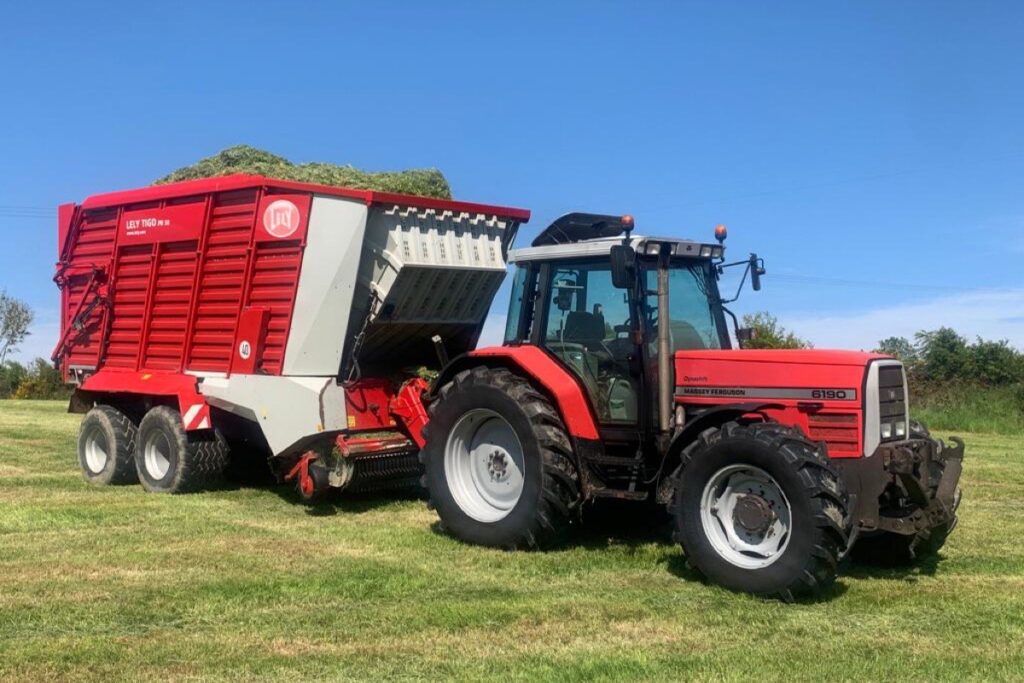 Plans and the future of agriculture

Richard intends to grow his business and invest in a second silage wagon and loading shovel.

“From my point of view, agricultural contracting has to be a viable business, prices have to go up, and that is just it. You cannot work for nothing.”

“In my view, the world needs food, and you cannot survive on plants alone; you need cows for milk and beef and sheep for meat.”

“I cannot see farming going anywhere; there are new emissions rules, but farming has to keep going, in my opinion, and that is just it,” the agricultural contractor concluded.

To share your story like this Down agricultural contractor, email Catherina Cunnane, editor of That’s Farming – [email protected]