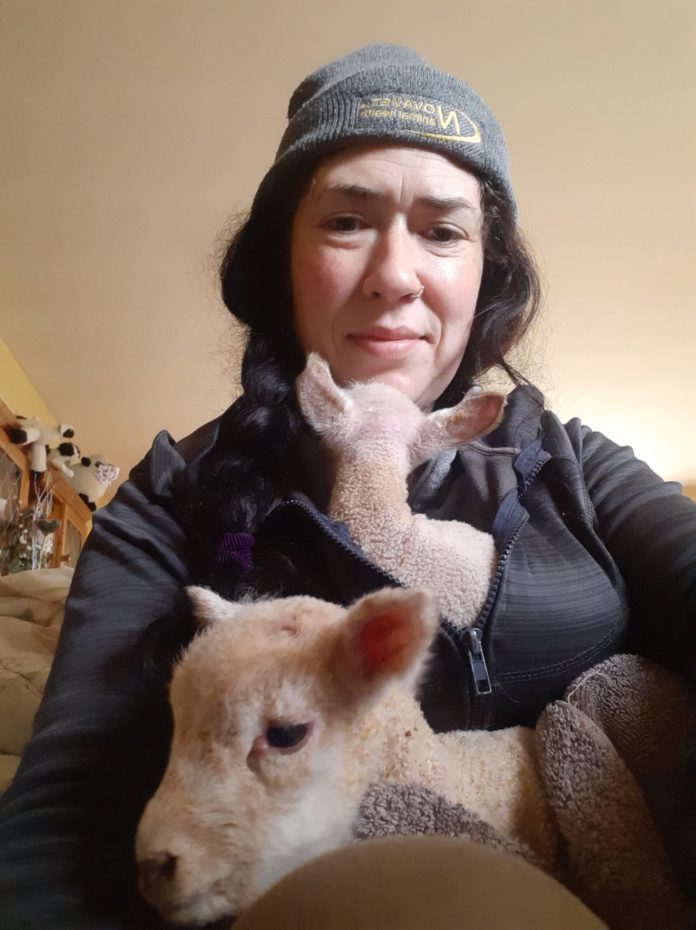 I’ve learned more from hanging over a rail ringside than I could ever get out of a book!

In this week’s Farmer’s Diary, sheep farmer, Clodagh Hughes, discusses selling her ram lambs at the mart, knowledge she gains from other farmers and the death of a ewe lamb.

Well, folks, after missing mart Monday a week ago, I am delighted to report that my lambs did very well when I did go on.

These lambs would have been sold on as stores. This means; a farmer buys lambs that are not quite ready for the butcher and feeds them on until they are.

Or sometimes, farmers who have surplus grass (lucky devils) will buy lambs to graze on as cattle are too heavy to have on the land at this time of year.

Either way, I was very happy with the prices I got. As I have alluded to previously, these positive experiences help boost my confidence in what I am doing and help validate all the hard work and effort we, as sheep farmers, put into our graft.

I still have six ram lambs to go, but they are a bit behind. I’ll be off to mart for the last time this year in a few more weeks.

This year, in particular, I have started to reap the benefits of going to the mart, talking to other sheep farmers who have much more experience than I have and who are only too happy to share their experiences, good and bad.

I’ve learned more from these farmers hanging over a rail ringside than I could ever get out of a book!

I’ve already been able to apply what I have learnt to my own farm and will carry on as I go forward with my flock.

I had one disappointing incident this week that I want to share with you guys.

After noticing her looking poorly in the field, I had a wee ewe lamb in the shed for a few days. She is one of a set of quads from my March-born lambs, which I hand-reared myself and she became a bit of a favourite.

It is impossible not to get attached to one or two each year despite your best intentions. She appeared to be improving until…she wasn’t!

I threw everything I could at her; I even took her into the back hall so I could monitor her constantly.

Now, folks, I can safely say that the novelty of having a sick lamb in the house has worn off me, but she was a special wee one.

Long story short, she died on me Thursday night and, although I wasn’t surprised, it still upset me.

Because “it just wasn’t meant to be” doesn’t make it any easier to lose an animal. However, it is getting easier for me to accept that I did do my best and that the animal didn’t suffer unnecessarily.

I was observing Gorsey during the week. So, I think it is time I took him in for a thorough grooming and check over before putting on his winter blanket. I want to make sure he is a happy old horsey!