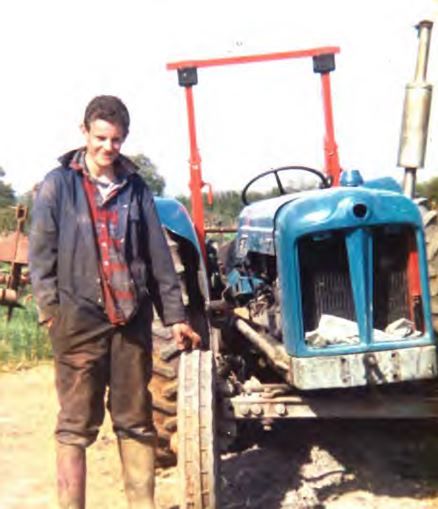 The family of a 44-year-old man, who died following an assault, have paid tribute to his “kind nature and happy-go-lucky approach to life”.

Wayne Sheppard, Waiblingen Way, Devizes, passed away in hospital on July 8th after being assaulted in the New Park Street area during the evening of July 2nd.

His parents, Sandy and Pete, said Wayne was known as Burt to many and was “always smiling and helping others”.

“Everyone used to call him Burt; we have no idea why but we went along with it, and he became Burt to us as well,” they said in a statement.

They explained that he was “really” well-known and “very well-liked” in Devizes.

He was always out and about, so everyone knew who he was, and he was willing to help anyone.

“He was such a kind person. Since he died, we have seen so many messages of support, and people have been sharing their memories of Wayne, which has really helped us.”

“I keep picking up my phone to message him, but then I remember he is not there. He was our only child, and we really miss him,” Sandy said.

“As a little boy, he was cheeky and just so sweet – he had lovely blonde hair and blue eyes, and he loved his tractors.”

“From the age of six, he would sneak off down the farm, and his dad would take him for tractor rides which he loved. He was like his dad.”

“Furthermore, he never liked being shut indoors very much. He always wanted to be outside, and when he left school, he started off working on the farm.”

His father said that many years ago, they used to inspect the potato lines together on the farm, and he “loved that”.

He enjoyed working together side by side and eventually learnt how to fix tractor engines.

Furthermore, he worked as a welder, built greenhouses and then he trained as an engineer.

“Often, he would come down the shed with me, and I would show him how to fix things. He would tell me I was doing it all wrong and liked to be the boss of the shed.”

“Then, he would go back home and tell his mum jokingly, ‘dad does not know what he is doing’.”

“He used to ask us for a tenner, and he’d come round, sit in the armchair, give us a smile and say, ‘Actually, dad, can you make it twenty’.”

“He was cheeky and funny and would help anyone in any way he could.”

They added: “Good night, sweetheart, missing you so much. Love you all the world, forever in our hearts, mum and dad.”

Wayne’s daughter Jessie said the family have been left heartbroken. In her own tribute, she said her “wonderful” was “very” loved by his family and true friends.

He leaves behind two heartbroken daughters and our grandparents who” dearly” love their only child.

“Rest peacefully, dad. You are safe from this hard world now; enjoy the fields up in heaven. Love you.”

Wayne’s daughter Chloe added: “Dad, this world is harsh, and you were taken from us far too soon.”

“You did not deserve what happened to you. I promise I will make you proud for the rest of my days.”

“I know you will be looking down on us every day. Shine bright up there, dad; rest easy. Love you endless, Chloe,” she concluded.