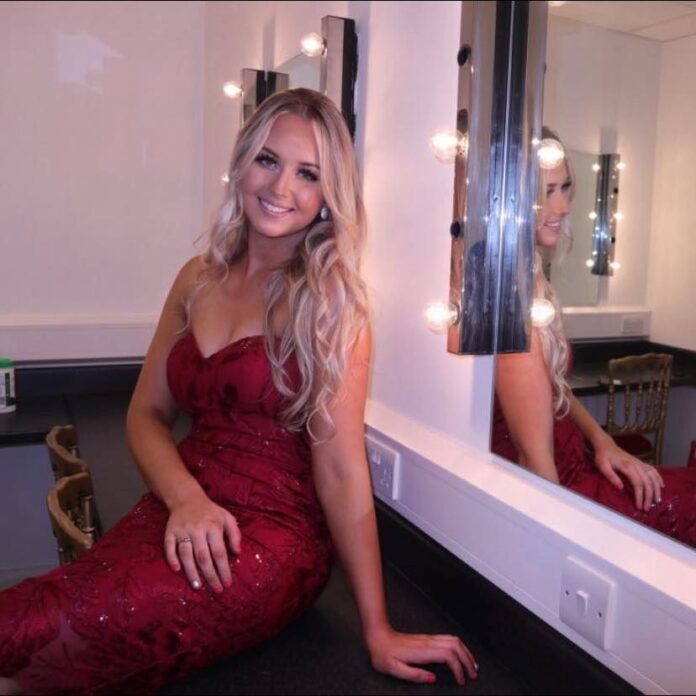 The veterinary nurse – who hails from a suckler farming background – has released almost 20 singles and 3 albums so far in her professional musical career, which she began at the age of fifteen.

“I decided to record this single as I am a big fan of Lee Ann Womack. I am told that I sing like her.”

“So, I thought the song was different to other material I have recorded in the past.”

“The song tells the story of a man who is always working with a wife that is left lonely,” the ATU Donegal graduate remarked.

The single is available on all streaming platforms, such as iTunes and Spotify, and can also be requested on all radio stations nationwide.

According to McBride, “so far, the response to the new single – which became available less than two weeks ago on Monday, November 28th, 2022 – has been amazing”.

“I have received so many kind messages on social media, which is much appreciated,” she added.

Her plans for the months ahead and 2023 revolve around recording new music, including singles and duets, as well as working on her family farm, horse riding, and working as a veterinary nurse.

“These interests keep me busy, and I am always at something, but I would not have it any other way.”

“I am still currently working full-time as a veterinary nurse, and I love my job. Every day is different from the next, and it is always interesting working on different patients and cases.”
“Springtime will soon be approaching also, so things will be very busy again.”

“I have always had a big interest in farming, and my family owns a commercial suckler farm which I was introduced to at a very young age.”

“Also, I have a big interest in horses, especially showjumping and cross country. I love competing at shows also.”

“Summertime is always busy with shows. I had a great summer picking up rosettes along the way,” she concluded.

Our resident editor, Catherina Cunnane, previously interviewed McBride, which you can read via this link.

- Advertisement -
Previous article
Cost ‘biggest’ difference between automatic & manual feeding systems
Next article
‘I do ag contracting for the love of it; not for money’