That's FarmingThat\'s Farming Irelands Largest Farming News, Properties and Classifieds Network
HomeBeef‘Irish farmers are amongst the most technically proficient farmers in the world’ 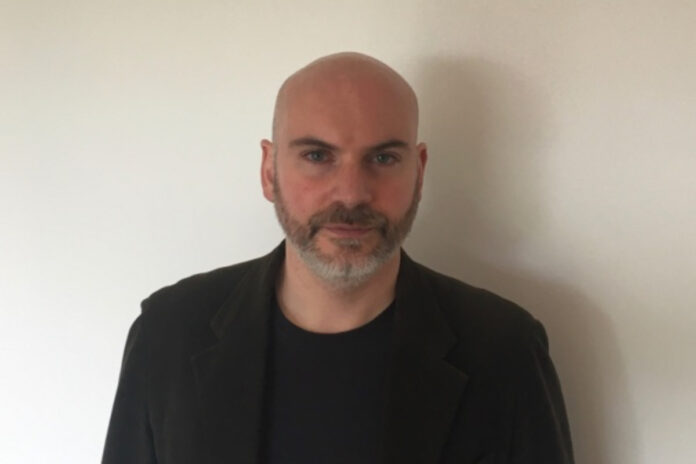 Mícheál Ó Fathartaigh, an author, lecturer, and historian, delved into the past to bring alive the story of previous agricultural services in his book, Developing Rural Ireland – A History of the Irish Agricultural Advisory Services.

Mícheál’s family are originally from Leenane and, more recently, Dunmore. For several generations, farming has been a major tradition in the Galway native’s family generations.

“The tradition goes back several generations on both sides. Both on my mother’s side, in Abbeylara, County Longford, and on my father’s side, in Connemara”, Mícheál told That’s Farming.

“We have not documented it categorically – which is an indictment of me, as I am an agricultural and rural historian.”

His father’s family had been upland sheep farmers, “intermixed with some measure of inshore fishing in the Killary Harbour”, while his mother’s family have been cattle farmers, both drystock and dairy.

The 42-year-old’s earliest farming memories are “quite sensory”. “Regarding my mother’s family farm, I can still smell the recently vacated cowshed beside the house – which I only dared to waddle into because the recent occupants had departed.”

“The memory of that smell remains transportive and makes me think of those wonderful beasts, cattle; their bodies pulsing with so much power held in restraint – I can appreciate entirely why cows are venerated in the Hindu religion.”

“Regarding my father’s family farm, my most salient formative memory is the recollection of spring and of the new-born lambs making their way out onto the mountainy fields, with the inlet of the Killary, and the cascading colours on the slopes of Ben Gorm, their dramatic backdrop.”

Mícheál enrolled at Trinity College Dublin in 1997, specialising in history. After graduating in 2001, he furthered his studies within the agricultural field.

He continued to pursue history but, moreover, he began to pursue agricultural and rural history specifically.

Mícheál recognised that “it was desperately neglected in Ireland even though we have a rich narrative”.

Dr Ó Fathartaigh currently works as an author, lecturer, and historian. He spends his time researching and writing at the Social Sciences Research Centre at NUI Galway while lecturing at Dublin Business School.

Mícheál has been lecturing, researching and writing professionally since 2010, whilst building on a “long, but varied” apprenticeship in his postgraduate studies.

A typical day in the life

When lecturing, Mícheál engages with source materials relating to his modules before classes commence and then interacts with students during classes.

“On those days that I am not lecturing, I either, depending on the stage of the project I have in hand, engage in vigorous research or writing.”

“In terms of lecturing, I like most to encourage students in my central belief in the relevance of history.”

“In terms of scholarship, I likewise most enjoy conveying to readers my central belief in the relevance of history, especially agricultural and rural history.”

Mícheál admits that trying to “achieve employment stability in a notoriously precarious profession and endeavouring, specifically, to make even the average industrial wage as an industrious historian” is challenging.

He is currently working normally, but he was operating remotely until this current academic year.

“The pandemic impacted my job very directly because my lecturing modules rely heavily on visiting students to Ireland.”

“Since September, there has been a partial recovery in their numbers; therefore, the pandemic continues to impact my job, but not as critically.”

Initially, Mícheál was inspired by Professor Gerry Boyle, the former director of Teagasc, which sponsored the book, and whose commission he won to support the book.

“A desire to fill a major gap in Irish historical literature: the story of the agricultural advisory services, which were instituted over 120 years ago.”

A greater ambition was also Mícheál’s main source of inspiration.

“A desire to use the story of the agricultural advisory services as a prism through which to tell the widest possible story of the development of rural Ireland, generally, over the last 120 years.”

“This story had been largely overlooked by Irish historical literature despite – and this is quite extraordinary – the centrality of the story to the Irish story itself. In this, I was abetted by an expert working group, chaired by Larry O’Loughlin.”

“Finally, a desire to weave the narrative of rural Ireland into the broader narrative of Ireland, especially into the political and social narratives.”

“This makes the book relevant to anybody with an interest and an appreciation of the importance of Irish history.”

“Agricultural and rural history are partly a hard sell because they are often perceived as dull: I made it my mission to challenge that misperception.”

Not to lose sight of the history ‘on the ground’

The book portrays the story of farmers and their families in 20th century Ireland.

It conveys this image successfully by profiling the “various and successive interactions between farmers and advisors throughout the century”.

The book also documents the advisory services’ evolving story in the 20th century.

“The advisory services have been around longer than most of our other public services, such as, for example, An Garda Síochána, and yet unlike most of them, their extensive history has never been told.”

“This was explored anew using the new light cast on it by the book’s examination of agricultural and rural history.”

“What was interesting were the intersections between mainstream history and the agricultural and rural history that is the book’s focus.”

“In order not to lose sight of the history ‘on the ground’, I incorporated into the book 12 county case studies.”

This book will appeal to anyone connected to “the counties, but such was the brio of the local history in these counties, I am confident that they will have a universal appeal”.

“We take our farmers’ education levels for granted today. However, they have risen quite incredibly over the last 120 years.”

“At the turn of the 20th century, most Irish farmers were semi-literate. Today, Irish farmers are amongst the most technically proficient farmers in the world.”

For agriculture, there were several crucial developments across the 20th century:

In Mícheál’s opinion, these developments have all been recognised individually, but their accumulative impact has not been fully appreciated.

Developing Rural Ireland conveys this as its main theme.

“What has consistently retarded the advisory services, at various junctures, has been a deficit of support.”

“This was both financial support, which periodically saw the services understaffed and thus unable to help farmers adequately, and collegial support”.

“For much of their history, until the integrating initiative that was Teagasc in 1988, the advisory services did not work closely enough with research scientists”.

“This undoubtedly hobbled their efforts to help farmers to the greatest extent.”

“Everybody, no matter who, and no matter how adept, benefits from cogent, pertinent, well-informed advice.”

“Farmers benefit from the advisory services as well as the agency of farmer representative organisations, newspapers and online journals.”

“Historically, the advisory services helped farmers to farm better, to make better livelihoods for themselves and their families, and have a better quality of life.”

In Mícheál’s opinion, in the future, farmers will need help to navigate the challenges associated with climate change, particularly.

They will need the “guides, philosophers and friends – as Horace Plunkett envisioned the advisory services when he created them – just as much then as they did 120 years ago”.

“I plan to continue pushing the importance and real relevance to policymaking today of agricultural and rural history, and to attract the state, university and institutional support that is imperative in this regard”, Mícheál concluded.

You can purchase the book from Wordwell, priced €30

- Advertisement -
Previous article
Compulsory usage of LESS in 2023: Who is impacted?
Next article
Cork brothers ‘getting the same farm-gate prices’ ten years later