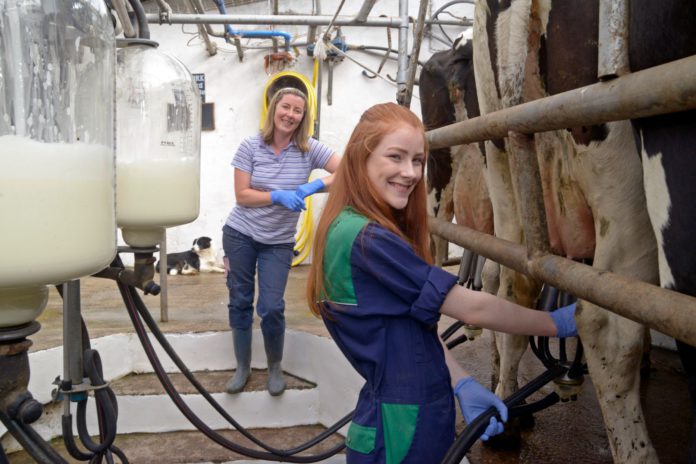 ‘Minister McConalogue has missed the point on tackling inclusivity on farms’

The Women in Agriculture Stakeholders Group has claimed that Minister McConalogue is “forcing” women on farms to “jump through hoops” to access the 60% TAMS grant in the next CAP.

The group made the statement following confirmation from the minister that there will be:

Vanessa Kiely O’Connor, the ICMSA representative in the group, said:

“It is quite clear that Minister McConalogue has missed the point on tackling inclusivity on farms.”

“There are women over the proposed age limit that are working on their family farms and not getting official recognition for their work.”

She said the purpose of WASG’s CAP submission is that “every woman working on their home farm deserves the right to be recognised”.

According to the group’s analysis of the most recent figures from the department, just over 5,000 women officially farming fit into this age category.

It said an additional 70,000 women are working on farms in an unrecognised capacity.

Kiely O’Connor continued: “Since the minister’s announcement, I have taken numerous calls from women over the age of 55 questioning if they will ever get their due recognition and whether the minister and the department are truly committed to inclusivity at all.”

WASG has recommended to the department that:

“WASG are trying to assist the government in achieving our national and European commitment to gender balance within Irish agriculture to get them from just 12% women farming to over 25% by the end of the next CAP.”

“We will not be able to achieve this by barriers such as age being put forward by the department.”

She said that at worst, the measures announced were a “cynical attempt to pay lip service to gender equality while making the scheme criteria so narrow that only a small minority would be able to avail of it”.

Quinn-Mulligan believes the minister “still has a chance to prove that this is not the case”.

“For many women, this could be their only chance of ensuring they become equal partners on the farms they’ve spent the best part of their lives working on.”

“Hopefully, the minister recognises the weight of his responsibility and does not let them down,” she concluded.