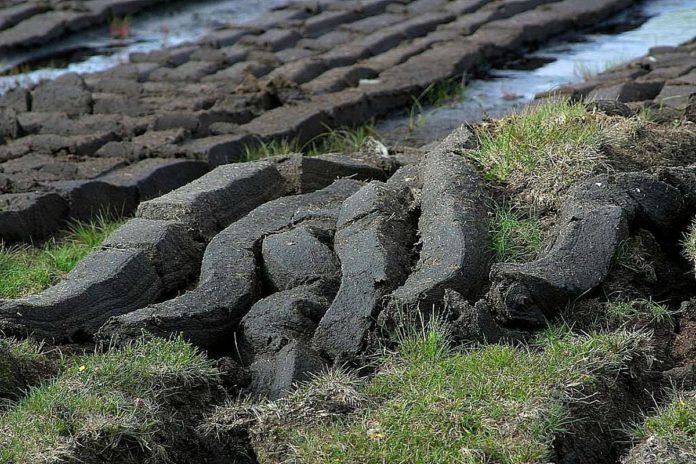 An individual has been handed a fine in the region of €5,000 for illegal turf-cutting on a bog, protected as a Natural Heritage Area (NHA).

The case, relating to the incident which occurred at Milltownpass Bog in Co. Westmeath, was taken by the National Parks and Wildlife Service.

Prosecution proceedings through the District Court were instigated by the Department of Housing, Local Government and Heritage due to unlawful turf-cutting on the bog last year.

These proceedings were successful and resulted in a fine in the region of €5,000 being imposed on an individual for illegal turf-cutting, according to Minister Malcolm Noonan, Minister of State in the Department of Housing, Local Government and Heritage.

“My department, as result of serious and ongoing dumping, trespass and environmental damage to Milltownpass Bog NHA, Co. Westmeath, was recently obliged, in furtherance of its obligations under the Wildlife Acts, to obtain an Order of the High Court in order to have these activities stopped and to prevent further damage to the NHA.” Noonan said.

“Incidents such as this of dumping, trespass and environmental damage, which occur on protected sites [Special Areas of Conservation, Special Protection Areas and Natural Heritage Areas] need to be dealt with, and if necessary, through the courts, in order to protect such sites,” he added.

He said that his preference is for protected sites to be managed and conserved, “without, if possible, recourse to the courts in a spirit of cooperation and agreement with landowners, farmers and the wider public in order to protect the ecological integrity of such sites”.

‘Act responsibility at all times’

He encouraged landowners, farmers, and recreational users of publicly accessible land to act responsibly at all times, to be mindful of nature conservation and, particularly, the requirements in relation to sites protected for nature conservation under law.