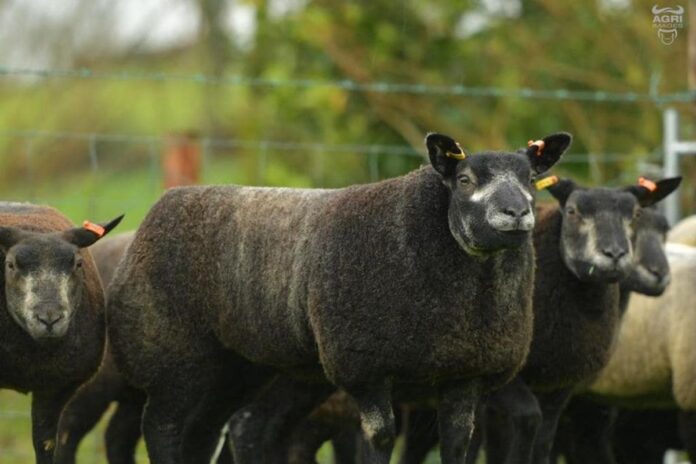 The ‘best imported genetics in the country’ under one roof

Three pedigree sheep flocks from across the country have joined forces to host a ‘Summer Spectacular Sheep Sale’ next month.

A selection of Dutch Spotted, Swiss Valais, Blue Texel, and Badger Face Texel (Dassenkop) sheep will come under the hammer at Tullow Mart on May 2nd, 2022.

Organisers of the sale told That’s Farming that some of the best imported genetics in the country makes for an “exciting” opportunity to invest in some of the newest breeds available in Ireland.

The three consigners are:

David and Michelle Power established Powervill Dutch Spotted Sheep in 2017 after importing five imported ewes and a ram from Joost Louter, which Philip Crowe had imported the previous year.

The Powervill flock is “genetically separate” from the rest of the country, with all their genetics coming from imported sheep from Holland

“Being part of the breed from when it was first introduced into the UK gave me great knowledge into who was exporting the best stock from Holland.”

“Our goal going forward is to bring the best stock from Holland and offer them all for sale, giving everyone a fair opportunity to build the best flock they can,” they added.

On the day, Powervill will offer the following for sale:

They then purchased the first male, Powerful Earthquake, from Philip Crowe Co Cavan, and he has proven to be a “very successful” breeder, according to Hogan and Rhodes.

Some of his progeny will be available in the sale.

In summer 2021, they acquired a new stock ram, Cleenagh Chopper, at Carlisle online sale from Clive and Rebecca Richardson.

They recently used him in an embryo transfer programme with his “very exciting” first progeny available at the sale.

According to the breeders, this cross has proven to be “extremely successful” with the first progeny also catalogued.

They lambed down “very successfully” with “extremely good quality lambs” that offer “completely new” genetics to Ireland that they will offer for sale.

The breeders told this publication:

“The Diamond flock has aimed to purchase the best stock and genetics available when establishing the flock.”

“In doing so, we will be able to offer for sale both sons and daughters of the best females in the flock.”

“Our aim, in doing so, is that these animals will breed very successfully for their new owner and help drive both the Badger Face Texel and Blue Texel breeds forward as we believe both breeds have a huge amount to offer.”

Lastly, Brian Matthew of the Quarrymount flock will offer a small number of “high quality” Valais Blacknose lambs, both male and female.

Brian established his Valais Blacknose alongside his very successful Beltex and Rouge flock by importing five pedigree ewes from the Austrian Alpine Regine.

All Brain’s Valaise sheep are from Swiss bloodlines. He noted that the Valais has become “increasingly popular”.

The breed, which has attained the name the ‘cutest sheep in the world’, is known for its beauty, docility, longevity and “great” liveweight gain.

In total, approximately 50 lots, from three flocks, are available for sale, including:

Ringside and online bidding through MartEye; the sale will commence at 6 pm.

- Advertisement -
Previous articleAgent seeking €10,000/ac for ‘top quality’ land
Next article‘If farmers in Germany are achieving €6/kg, that is what we must demand also’