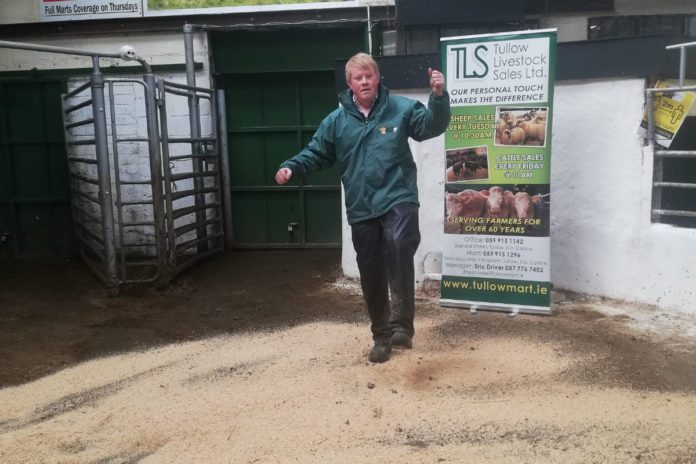 ‘I know as a farmer and mart manager, the margin is small in both worlds’

As part of this week’s Mart Focus, That’s Farming profiles Eric Driver, manager of Tullow Mart and a suckler and sheep farmer, planning to become an auctioneer at Tullow Mart.

Eric Driver, born in Shillelagh, County Wicklow, farming 450 ewes and 20 suckler cows, grew up on a suckler and sheep enterprise with his grandfather, a cattle dealer.

“The Driver name in Wicklow has a strong connection with sheep farming, and my dad is a shepherd all his life and farms at home,” Eric Driver told That’s Farming.

“I have a great grasp of the farming industry; there is nothing I do not know; it is in my blood. I am at it since I could walk, talk, and crawl.”

In 2014, Eric took over the managerial role at Tullow Mart from John Murphy. Previously Eric held the position of deputy manager and worked in Tullow Mart throughout his youth.

“John Murphy, seen an ability in me to understand the mart industry introducing me into the internals of the mart. I started weighing cattle, sheep, clerking on the rostrum and helping the office staff.”

“I feel the mart directors were wise as they wanted someone around John, who could learn the trade, understand how Tullow Mart works, and be there to step in when John said it was time to step back.”

Additionally, he commented on the former manager, John Murphy, always putting the mart’s safety first. Therefore, when Driver first moved into the managerial position, only minor infrastructural improvements and developments were required, such as a new chute system loading the weighing scales,

In 2006, Eric enrolled in a three-year Level 7 BSc in Agriculture, delivered by Waterford Institute of Technology in conjunction with Kildalton Agricultural College.

He previously worked in another mart in the south-east for one year, spent two-and-a-half years in Derek Plant Farm Machinery and five years in Connolly’s RED MILLS, formerly E. Morrin and Sons Limited.

His other agriculture roles include a position within Macra na Feirme, the current secretary of Associated Livestock Marts, and travelling to Europe in February 2020 as chair of the Ag Affairs committee.

“I led a delegation of mart managers and owners to meet agricultural officials and sitting MEPS regarding regulation handed down on Irish marts from the European table.”

“In more recent times, I completed an auctioneering course remotely ran by the Institute of Professional Auctioneers and Valuers Real Estate (IPAV) in IT Tallaght. I passed the course in 2020, and I am in the process of applying for an auctioneer’s licence with the Property Services Regulatory Authority (PRSA).”

Established in the 1950s, Tullow Mart, one of the oldest livestock marts in Ireland, celebrates 66 years in business. It is owned by three families: the Brophy, Dawson, and O’Byrne families.

“We did not have a calf sale in 30 years, and three years ago, I reintroduced a calf sale, selling 100 to 150 calves at the height of the spring sales.”

“Dairying cannot go unrecognised, and we had no hand in it; I had to create that relationship with farmers. I feel we have set a strong foundation with our monthly dairy sale and weekly calf sale.”

“We host the Tullow Sheep Breeders’ Association’s annual sales in August and September. These sales have put Tullow Mart on the map as an excellent centre to secure breeding sheep.”

Furthermore, Eric begins each sale day at 7:30 am, opening the mart, carrying out the livestock intake, and communicating with his staff. He noted the introduction of EID tagging has increased their workload.

“On a non-sale day, I can be found travelling the highways and byways of Carlow, Wicklow, Kildare, and beyond looking for stock. I also keep a sharp eye on the company’s performance. A highlight for me would being there for the mart celebrating 60 years.”

“It has filled a void that we needed to fill rapidly. I did several tendering sales in April and May last year, and they were beyond manageable. There are still some minor issues, but you will always have them; you are not doing business if you do not have them.”

“It [online trading] is a marvellous positive move for the mart industry. I think it has given us back our teeth towards all those other competitors biting into our market share.”

“Every week, we will ascertain the market price for the live trade; no other form of live sale can do this, such as a private deal or classifieds. The price will be determined checking in on the local mart to see what certain types of cattle or sheep are making.” 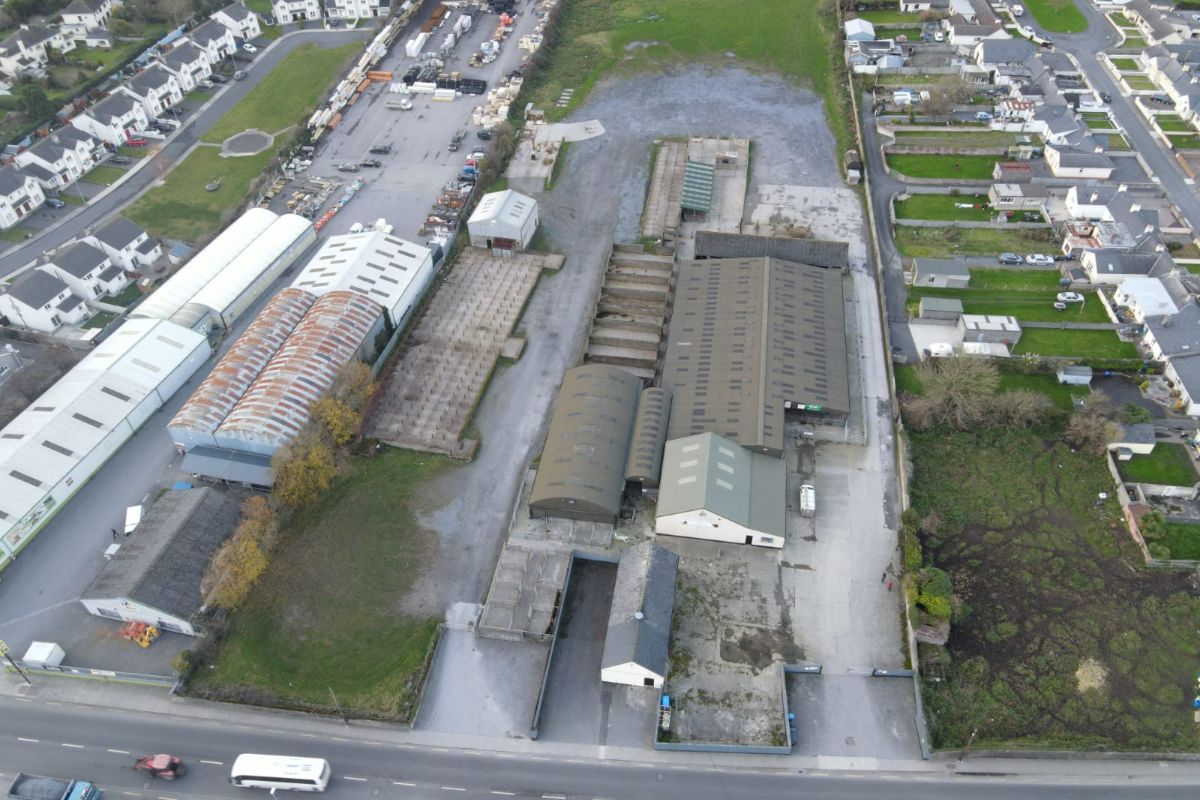 According to Eric, each day brings a challenge; with Tullow Mart’s location, he suggested that “there are more marts than there are counties”.

“I know as a farmer and mart manager, the margin is small in both worlds, and the workload is as much. We have to balance that as an industry to stay viable and make a few pounds.If you keep the prices right and the commodities moving, the stock will come.”

“When I read documents about how we are having an environmental impact and the reduction of numbers in the country rolling ahead, that means there is less bread in the loaf to go around, and that would concern me.

Eric’s primary mission is to continue driving the business forward, and he is always striving to identify opportunities to do just that.

He commented on the mart’s participation in the Jerusalema Challenge, generating custom for the Carlow-based mart.

“Tullow Mart is very proud of its staff, and I, as a manager of the team. Teamwork is a plus in any business, and Tullow Mart is lucky to have a strong team. It a credit to every mart adapting so well to technology and providing a vital service back into the industry.”

“I feel sorry for our bachelor farmers who came to the mart weekly to meet their friends. We have no canteen facility, where you have a cup of tea or a bun and talk about the problems of the day.” Eric Driver concluded.