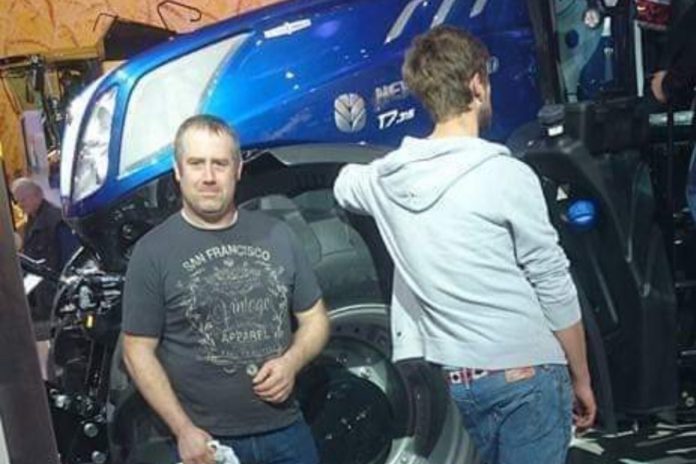 In the mid-1990s, the County Cavan native began agricultural contracting with a Massey Ferguson 590 tractor and McConnel hedge cutter.

He claims that only a dozen Cavan agricultural contractors offered a service like this during the time.

“When I was cutting my hedges, a neighbour saw me, got me to do his work, and it went from there,” the Ballyhaise Agricultural College graduate told That’s Farming.

He set up his own garage from home and worked as a self-employed mechanic until taking over the family farm in recent years.

“I grew up in the garage and was more interested in it than cattle. Honestly, I used to be out routing in the garage. I started from there, and I got a disease for it.” 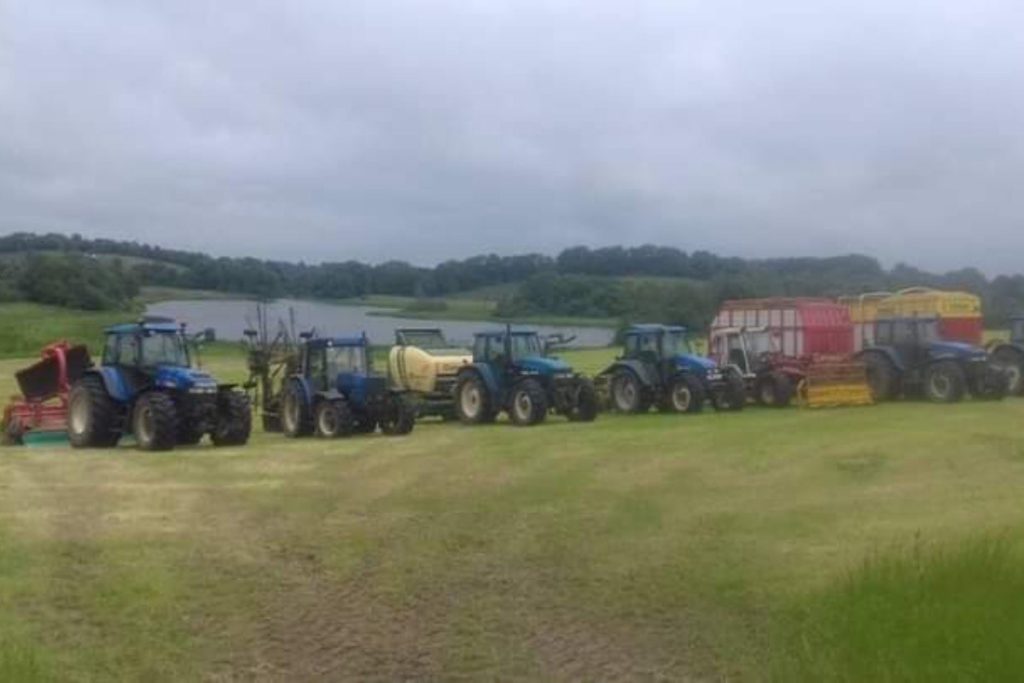 “It was through word of mouth I got my customers; I never canvassed or looked for work.”

“Labour is our biggest challenge. It is very hard to get help around this area. What you can do on your own is nearly the way things are going.”

“I never financed machinery until a couple of years ago. I always bought tractors at the right money, restored, and sold them off, and moved to a fresher tractor.”

He maintains his current tractor fleet of tractors. 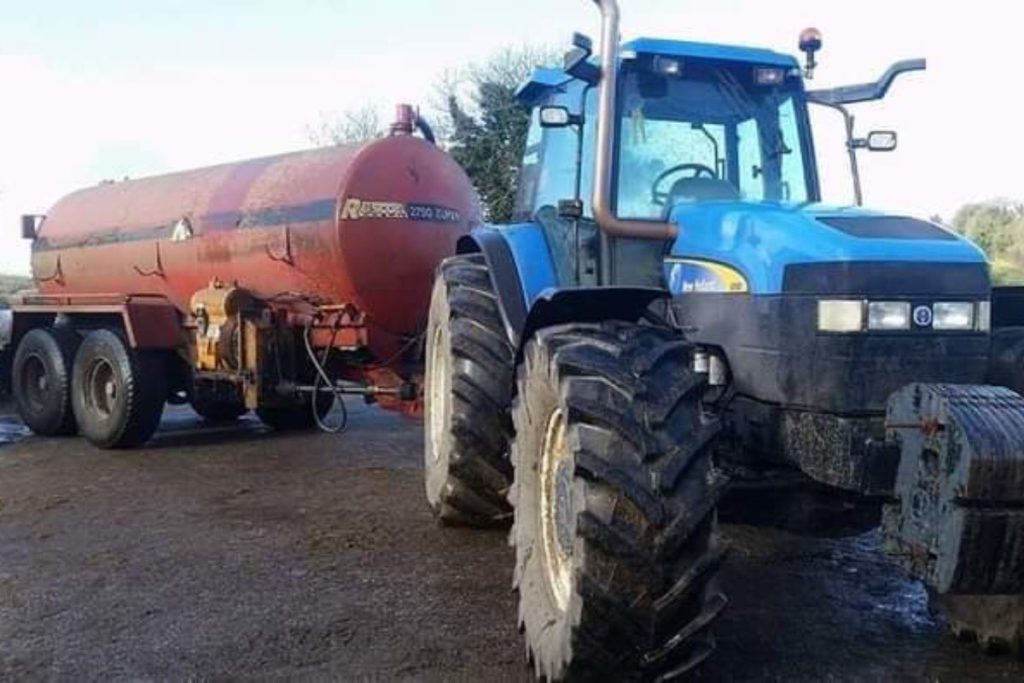 Other pieces of equipment include a SLURRYKAT umbilical pipe system (1200-metres piping) with SLURRYMATE dribble bar, Ruscon 6T lime spreader and a mulcher.

“I could buy a baler with a roller gone and mower with a bed problem. I had a mower broke for parts and several of the same mower model running in the fleet, so I always had parts for them.” 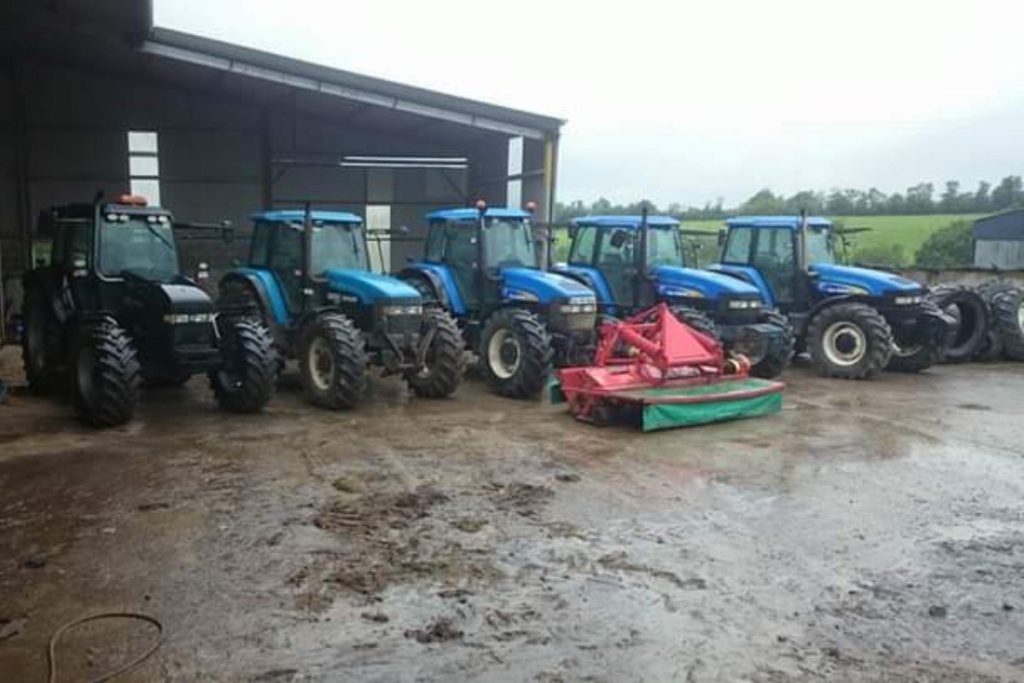 He noted changes in the field throughout the years.

“The fun is going out of agricultural contracting; there is no patience anymore, and most people will not wait.”

“They nearly expect you to drop everything and run when someone wants something done these days.”

“The difference years ago was no one was in a panic; it is a different scenario now.”

“There are that many people out there with machines, it is only a matter of dropping the phone and ringing someone else; if you cannot come, someone else will come.”

According to Rodney, the cost of everything is “skyrocketing”, and machinery prices continue to increase.

“There are tractors I have 10-12 years, and what I gave for them then, I would make more money today. It is unreal, and it is the same with machinery.”

“Prices we are getting for our work has not changed much in the last twenty years.”

“Fuel costs are very high compared to what it was. Diesel prices are nearly up 90c, and it is putting big pressure on things.”

“You have more costs than you did ten years ago. The price of parts is going through the roof,” the Cavan agricultural contractor added. 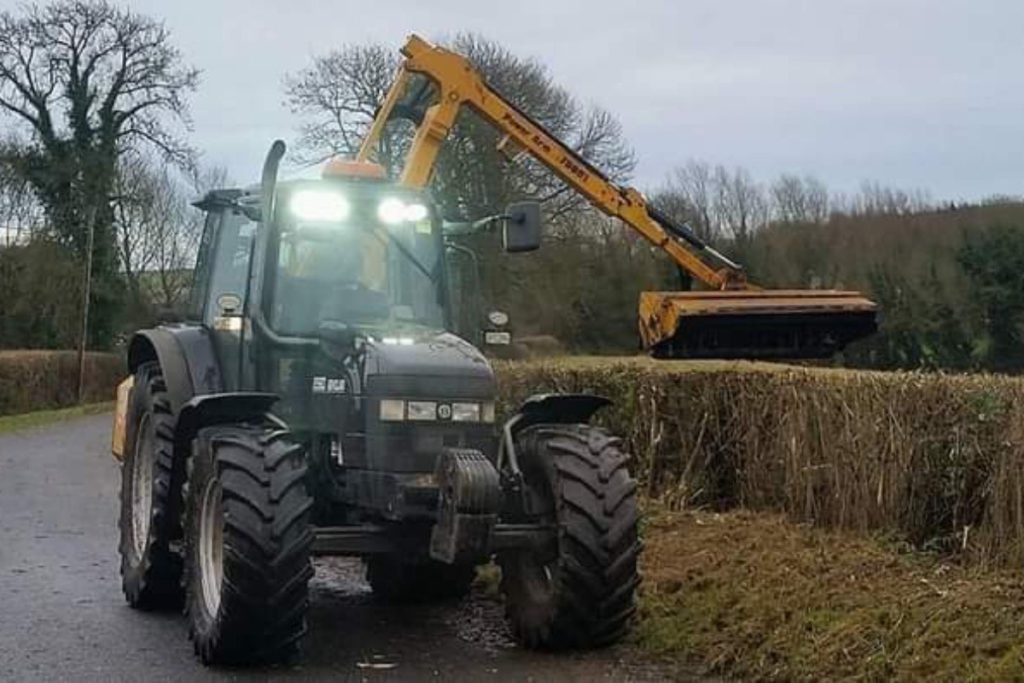 The farm switched to organics six years ago, moving from a conventional system, and is registered with Organic Trust.

He explained why he made a move to organic farming.

“We were promised better prices at the time. It did not work out as good as they said, but long-term, you save money on fertiliser.”

“It is possible to farm without fertiliser. You use your slurry/dung or import it, and you get away with it.”

“2021 was an easier year for organic farming as it was a great grass year, especially the backend of the year.”

“Things have not changed much on the farm since I got into organic farming; we did reduce cow and ewe numbers I did not have to build any sheds as I suited what sheds I had to it.”

Calving occurs from the end of January to the end of April, with lambing taking place from Christmas to March.

“My reasoning for lambing then is I like to get early lambs sent away earlier and finished with them.”

He calves his heifers down at two-and-a-half to three-year-old. “I always like to have a bigger frame of a heifer calving down, and it is easier on themselves.”

His reason for culling includes an older cow or one with a lost quarter or bad feet.

A typical year will see him keep 10 ewe lambs. He commented further on the reason being that this year brought “exceptionally good” sheep prices.

He sells his lambs at 45kg-50kgs in Cootehill Mart or Carrigallen Mart at four-months-old.

Rodney uses a Shorthorn and Hereford stock bull on the herd and a Charollais ram on his flock.

“It takes time to be gathering up cattle for AI every day. That is the reason I run a stock bull and let nature take its course.” 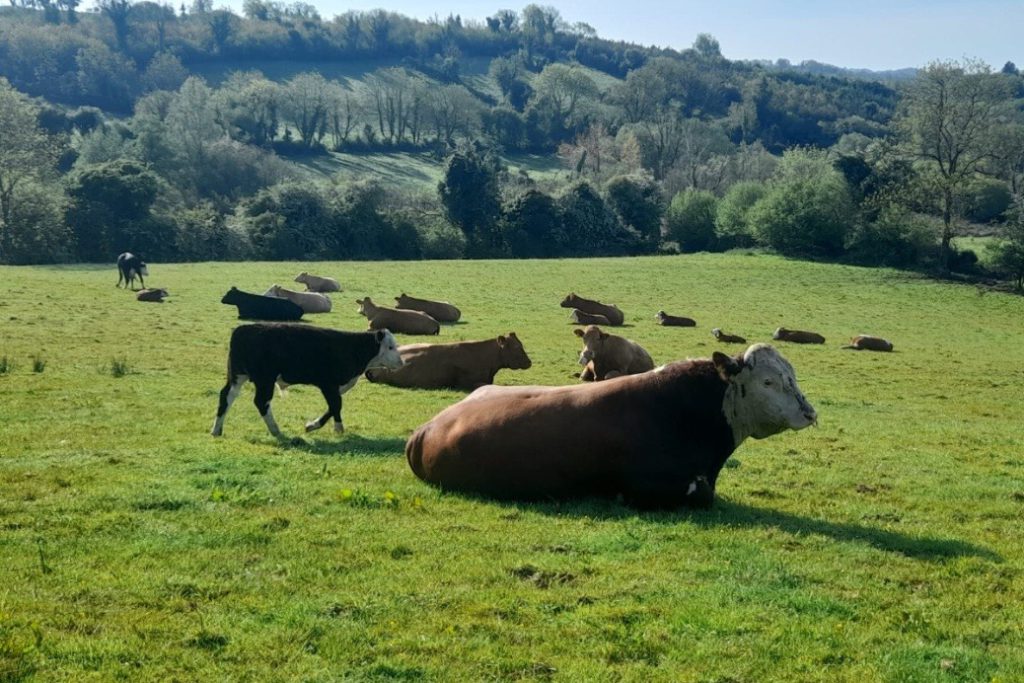 Rodney intends to retain his customer base, upgrade machinery as required and focus on his farming enterprise.

He believes that to be successful in agricultural contracting, you require “good machinery knowledge, a good working head, and need your wits about you working on a customer’s land”.

“Slurry spreading regulations leave a very tight window to complete work. It is the same with hedge-cutting too, but when I started hedge-cutting, there was no stopping in March and starting in September.”

“There is common sense over the years, and most people adhere to it. You stopped cutting hedges in mid-March and left it for a few months.”

“Most of the time, you would have been back cutting hedges the end of July and get land work done when weather was dry,” the agricultural contractor concluded.