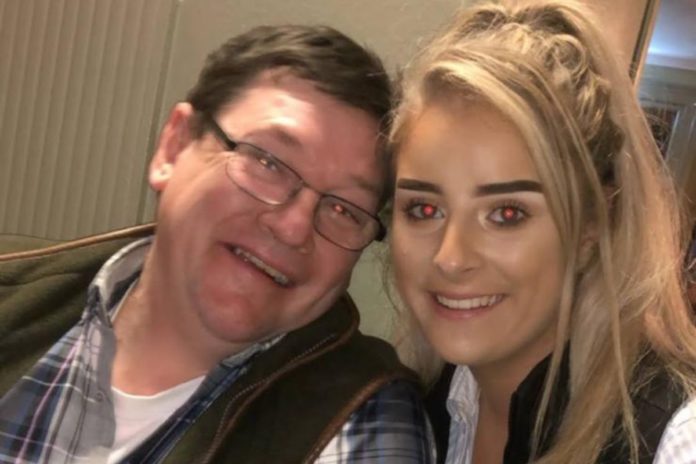 Tony McBrearty secured his first livestock haulage contract with Foyle Meats at the age of twenty and has been involved in the industry ever since.

From humble beginnings, the 55-year-old began his business by purchasing a small Scania lorry, a lorry trailer, and a 22ft custom-made cattle trailer from McMenamin Engineering Limited.

“I got my own lorry, and got an agency job with Dawn Meats in Ballyhaunis. I was always interested since I could walk and loved animals and farming,” Tony McBrearty, Ballybofey, County Donegal told That’s Farming.

“Now, we are working for Dawn Meats for seven or eight years. I buy cattle off the farmer for a certain price per kilo, and my lorry draws them to the factory; I get the commission.” the qualified butcher, who does not hail from a farming background, added.

“We draw a lot of cattle back out of the south and out of the west of Ireland. From a Friesian to a pedigree Charolais, I would have everything.” 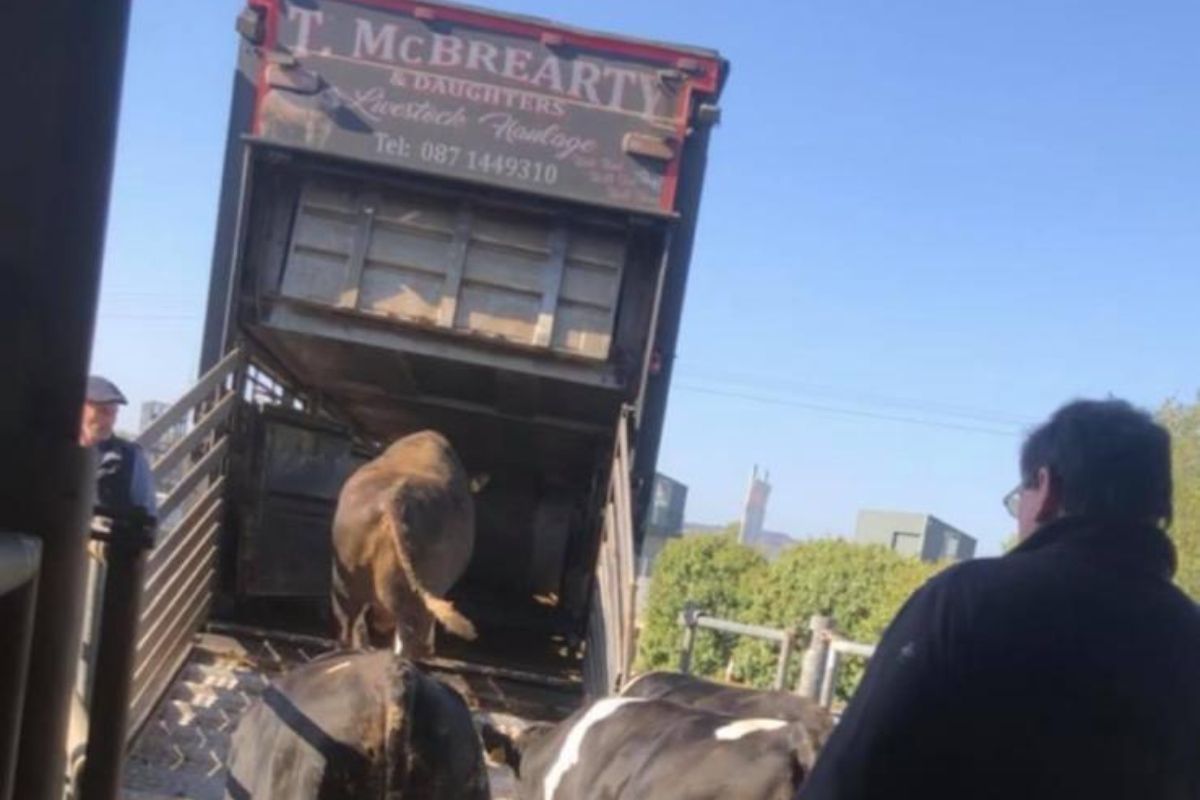 Today, his fleet includes a Scania R500 lorry with a 45ft double-decker, a flat-bed trailer, a fertiliser trailer, and a bulk trailer. The double-decker transports over forty cattle to Dawn Meats in County Mayo twice-a-week.

“We bought a new DAF lorry in Newtown Trucks Limited with a four-year warranty which is coming in July; at Christmas.”

According to Tony, the nature and length of his working day depends on circumstances.

“You never know when the factories want the cattle. They could tell you today they want a load of cattle for tomorrow. I would start at 4:00 am on a Monday. Normally, if cattle start to move, you move them in the middle of the night.”

“It is no more than three hours or three-and-a-half hours from Donegal to Ballyhaunis. The furthest point in Ireland cattle never get off a lorry is eight hours.” 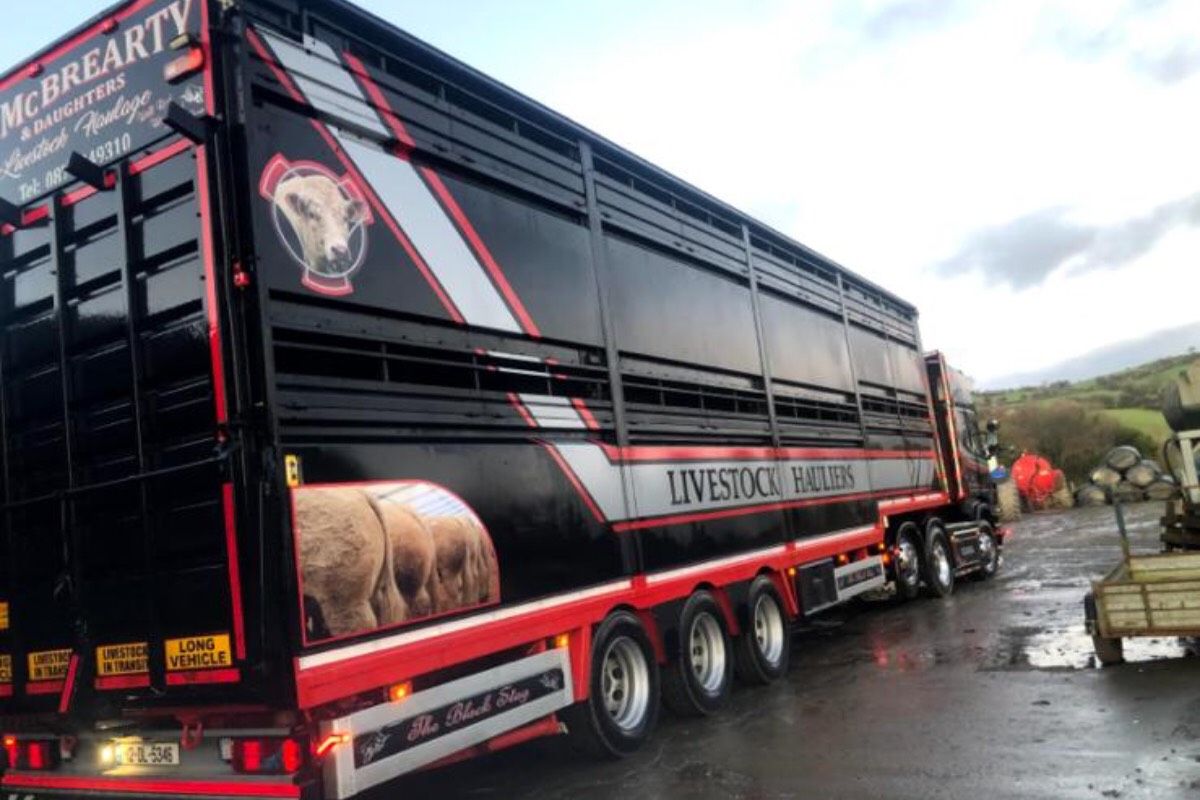 Tony takes pride in encouraging the next generation and his daughter, Shauna, will join him as a second lorry driver shortly.

The 20-year-old farms a small herd of Charolais heifers and a flock of 20 sheep with plans to expand to forty ewes.

“I bought my own sheep in September and did not get on too bad with lambing. They are all out in the field now, so I am happy enough.”

“It might be a bit dangerous loading the cattle for me because I am a girl and trying to get the doors is kind of hard enough for me. If people do not keep farming, it [livestock haulage] will not be a thing,” added Shauna, who has passed her theory test and CPC. 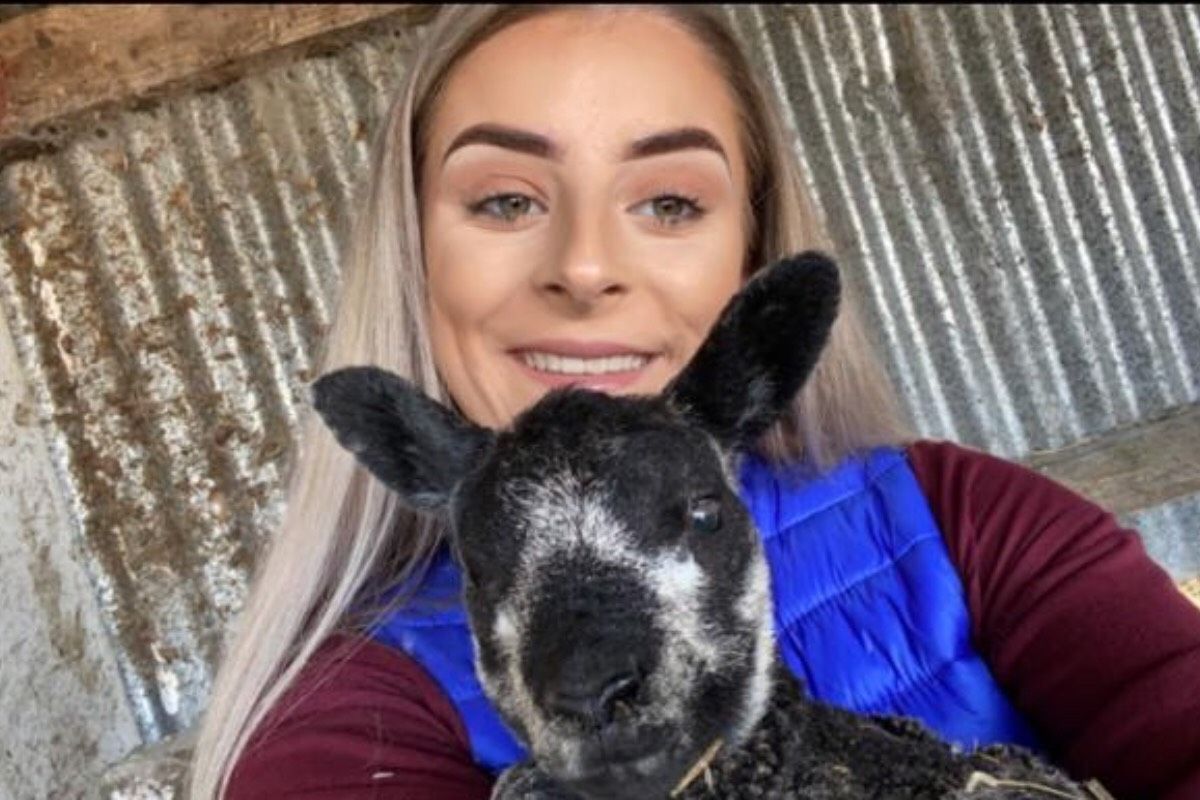 “I hated school, and always wanted to drive a livestock lorry. I would take days off to go with daddy with cattle. We plan to work together and see how that goes, maybe expand a bit; I will see what happens.”

“My other sister, Emma, goes to truck shows. She is not going to get her license yet, but has an interest in lorries and is going to be the bookkeeper.” Shauna McBrearty concluded.