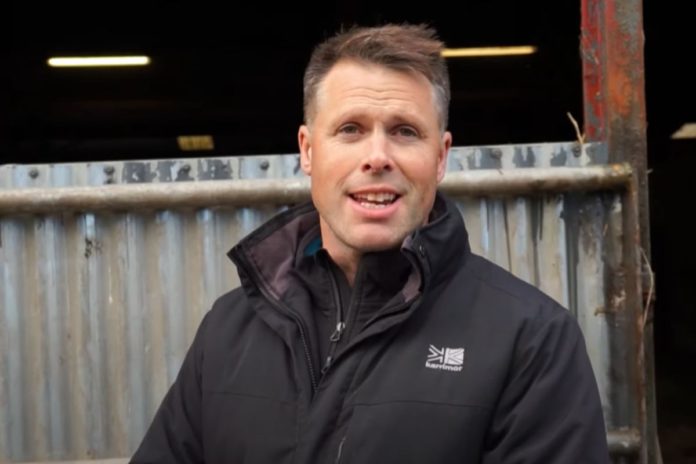 In this week’s Suckler Focus That’s Farming, speaks to Norman Connolly. He discusses moving from a suckling enterprise to in-calf heifers, calving at 32-months-old and his upcoming sale.

In December of last year, Norman Connolly dispersed his 80-cow suckler herd to focus on specialising in high-end in-calf heifers to supply the suckler market.

“We needed to make a change. I was working 60-hours a week plus working on the farm when calving and 30-40 hours with my job,” Norman, who owns Premium Promotions, explained to That’s Farming.

“I have a young family and was trying to give my wife and children time. So, something had to give, even though we were making money and getting very good prices for our weanlings.”

“I could be up six nights in a row during calving, not getting much sleep and then trying to work; it did not all add up.”

“Suckler farming is a viable business if you do it right. You have to be producing a quality calf and will get paid for them. To keep a cow for the year it was €600, no matter what.” 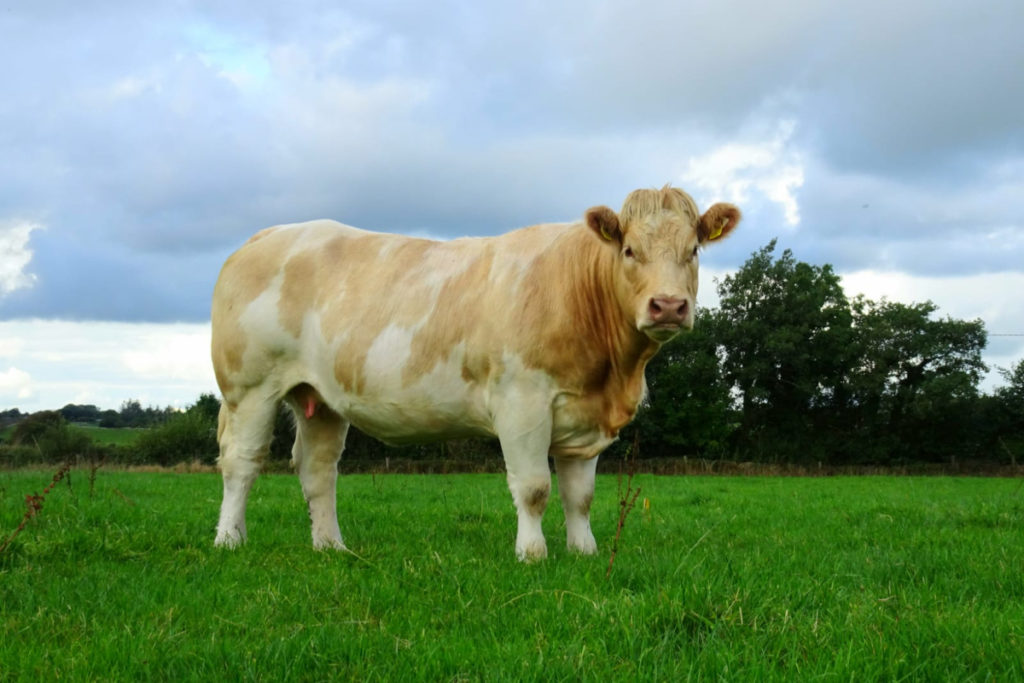 Suckler farming has been at the forefront of the Connolly’s farm for over four decades.

Norman took over the farm from his father nine years ago and changed its cow-type from an R-grade to a U-grade Limousin cow, crossing them with a Belgian Blue bull.

The Galway-based farmer’s land is split into 45-hectares, owned, 20-hectares, rented with 90 in-calf heifers in total.

“My father is still involved in the background when you need some reassurance or advice. He has a wealth of knowledge and does the jobs when I am away at work.”

“I always run the farm as a business more than a hobby; we would never be overstocked. My objective when I had sucklers was to try to produce quality more so than quantity.”

“So, I was putting quality cow makers in-calf that will produce a good calf that will hopefully get €3.00/kg when selling them. I am working off the same principle for my in-calf heifers.”

“We are selling a good U-grade heifer that will produce a quality calf in their first year and, hopefully, last 6-8 years and keep producing.”

The Lavally, Tuam, Co Galway native has been hosting a special annual in-calf heifer sale for the past three years.

This year’s sale, consisting of 65 females will take place at Tuam Co-operative Mart on Monday, October 18th, at 7 pm.

Norman will retain 15 Limousin-cross-Belgian-Blue weanlings for use as in-calf heifers next year. It is the third year Norman has operated an in-calf heifer system of this nature.

The breeds on his farm include 50% Limousin and 10 Blue-cross-Limousin, with Charolais-crosses and Simmental-cross also among the group.

The Galway native said they are R+ and U+ grade heifers and will weigh 700kgs plus on sale day.

“These heifers have been handpicked by ourselves and are sure to produce quality suckler calves. There are heifers to suit all types of breeders. Heifers are very docile, easy to handle and are all showing good signs of milk.”

“All heifers have received Spirovac for Leptospirosis and Bovilis for BVD. They have also received 24-7 trace bullets and have had garlic and pre-calver lick buckets.”

“From a disease-free herd, no TB, BVD and part of BDGP, AHI and Bord Bia schemes.”

“All heifers are export tested and can leave Tuam Mart the day after the sale. They will be kept overnight at the mart where they will receive hay and water before they leave the next day.” 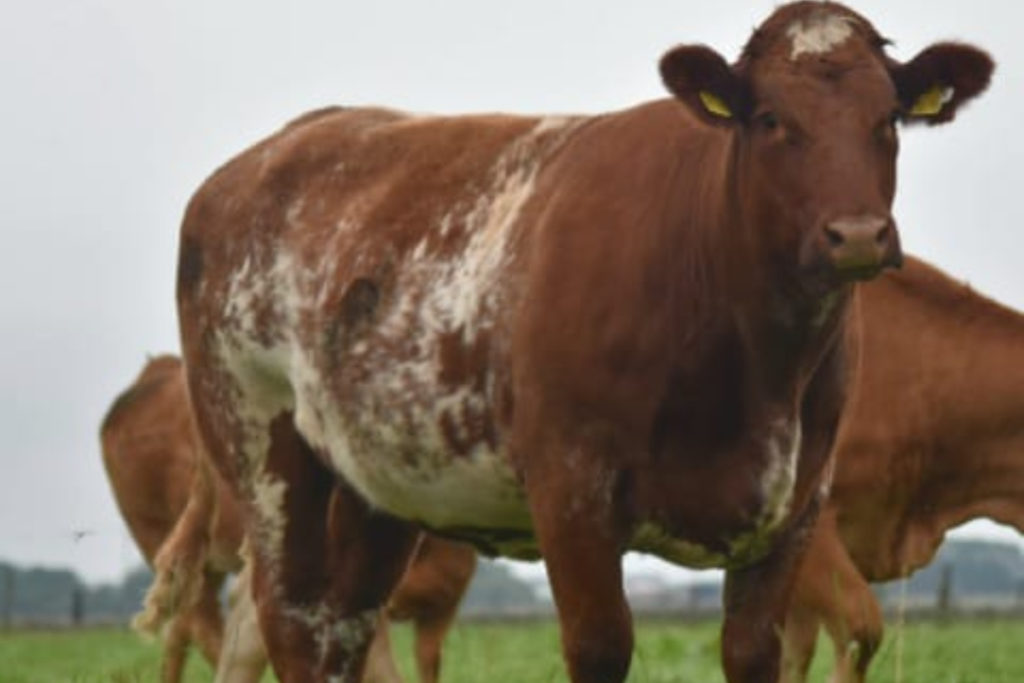 A Limousin stock bull serves females that do not hold from AI. This year’s results were as follows: 22 heifers held from the stock bull with 59 of 81 in-calf from AI.

“I have been a fan of Tomschoice bulls. Furthermore, Tomschoice Lexicon is a new sire, so, I used something different. His ICBF figures seem to be excellent and easy calving.”

“We use EBY on most coloured and black heifers. We picked bulls that had a history of easy calving. Also, we complete an annual breeding scan.”

“The first heifers will calve at the end of October, with the rest calving towards the end of December.”

“I tried calving at 24-months-old, but it was a disaster. The heifers did not stay any longer than three years on the farm, never grew, and we had problems with calving and getting the back in-calf.”

“So, we only go for a heifer that will calve at 30-32-months-old and are 700kg plus at calving. They have power at that stage and are not going to fade.” 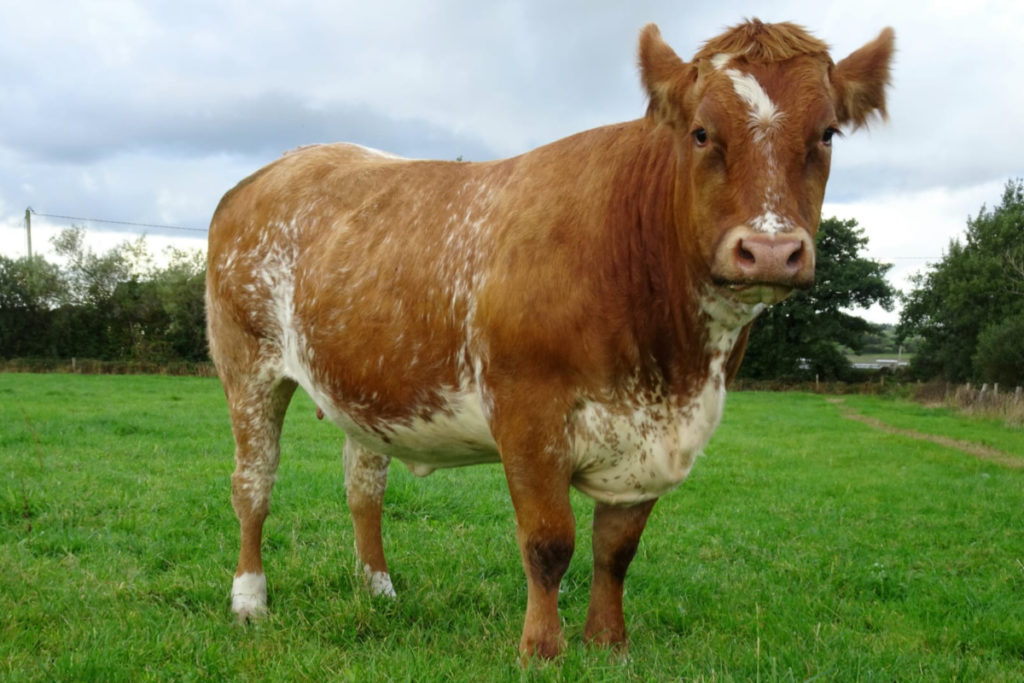 Norman outlined why Limousin genetics makes up 50% of the herd, and traits he seeks in his in-calf heifers.

“I always found Limousin never had too many problems calving, and it was always easy to cross them with a Belgian Blue.”

“I went for more of a cow maker, a nice square heifer, with good hips, and when you look at them, you go, you know she should have no problem calving.”

“Limousin is always a good choice for a heifer on her first calf. We want to be able to calve them and not have issues, but you cannot guarantee not having any problems.”

“Milk is not something you can say a heifer is going to have when she calves, even if you go back over their history and ICBF reports. You hope they will have milk.”

Norman shared his view on the modern-day suckler cow.

“Quality is starting to improve for sucklers, but they still have a long way to go. There is still scope for people to buy better quality animals and improve their herd; if that is what a person wants to do.”

“To me, it costs the same to raise a calf whether they are good or bad. I think you always get paid for a quality animal. People are starting to see that now with prices starting to go up a lot.” 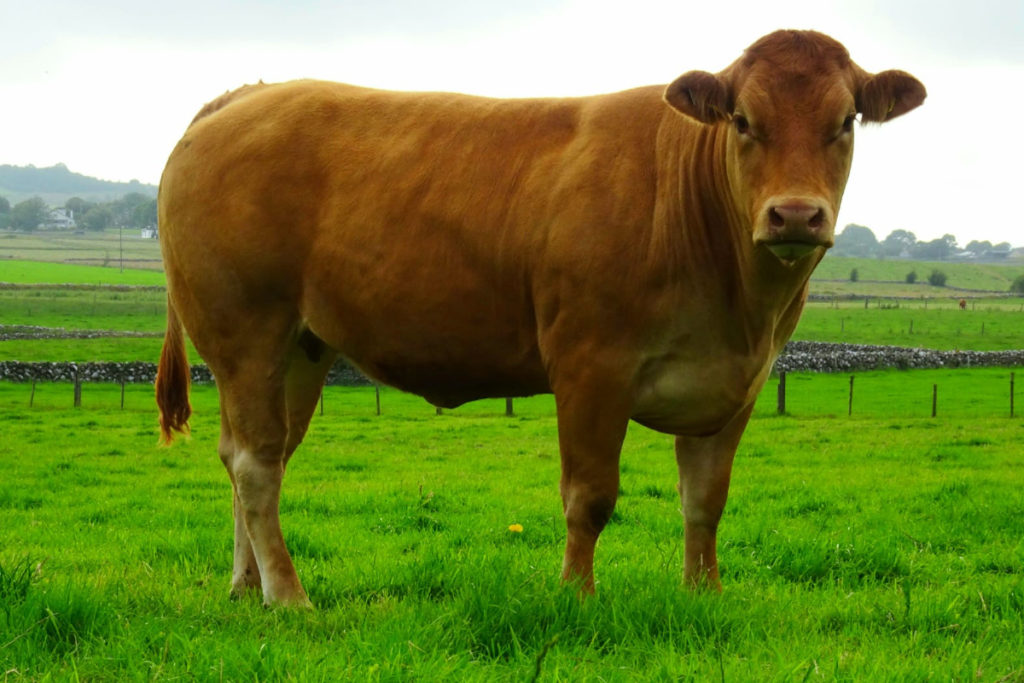 Norman explained how he has adjusted to using an online system for buying and selling his cattle.

“The online system has benefited me as you do not have to hang around the mart all day.”

“Instead, you can go in and look at the animal, pick out the one you want, go home, get the jobs done, and when it comes to buying/selling time, you press the button.”

“We can hold well over 100 plus heifers. Our aim would be to have 100 heifers every year and see how this year goes,” Norman Connolly concluded.

- Advertisement -
Previous article
‘In the US, a farm is small if gross income does not surpass $350,000’
Next article
Sheep trade: Lamb prices moving upwards