That's FarmingThat\'s Farming Irelands Largest Farming News, Properties and Classifieds Network
HomeEditor's Picks‘In the US, a farm is small if gross income does not... 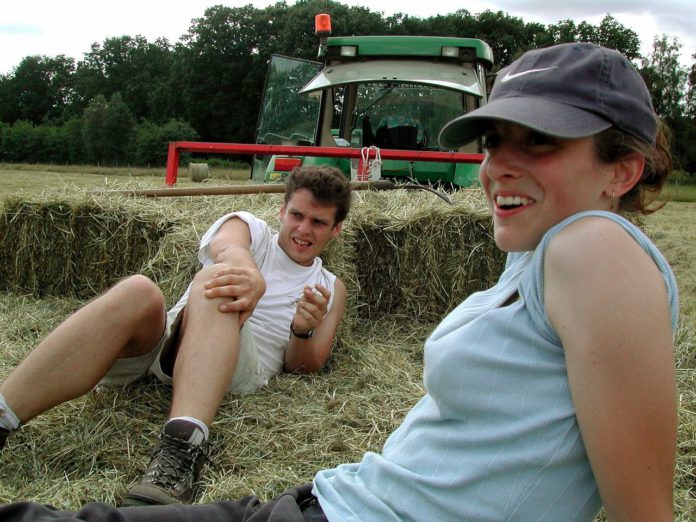 Emily Harrinson provides 13 facts about farming/agriculture in the US.

After World War II, the number of people working on farms dropped by almost half. Most farms in America are small, and they are run by families. However, they are disappearing.

Research studies have shown that the number of farms back in 1935 was almost seven million. Today, this figure has dropped to about two million.

The pandemic has put more pressure on a struggling industry. When the pandemic started early last year, the number of bankruptcies went up by 23%.

By June 2020, more than five hundred American farmers had filed for protection against bankruptcy. The pandemic created a lot of challenges in the supply chain, which ultimately led to the closures of many processing plants.

To help you learn more about this essential and complex industry, I have compiled a few important facts that you’ve never heard before.

My sources include the US Department of Agriculture, the American Farm Bureau Federation, and trade groups.

Back in 1870, almost half of the entire American population had massively invested in Agriculture.

Today, the Department of Agriculture reports that less than 1% of salaried workers are farmers. However, the production is still high.

Farmers raise millions of hens, harvest tons of vegetables and fruits, and supply the world with wheat, corn, and soybeans.

According to the American Farm Federation, one acre of land can grow 3m000 pounds of wheat or 50,000 pounds of strawberries.

Here are the most fascinating facts about agriculture that you have never heard before.

The two million farms in America have employed close to three million people. And nearly all the farms are run by families.

A farm is a place that produces and sells more than $1000 of agricultural products every year. The size of the farm is measured by gross farm cash income.

In the United States, a farm is small if the gross income does not surpass $350,000 every year. Most of the farms in this nation have been ranked as small. And they account for 26% of production.

Large-scale farms usually earn between one to five million dollars every year. However, they represent only 2.5% of the farms in the US. They also account for more than two-thirds of milk production and other dairy products, plus half of vegetable and fruit production.

According to a census conducted by the federal US Farms, approximately 5% of the American farmers are white. The population of Hispanic farmers in the country has also risen rapidly. African American farmer figures stand at only 46,000.

Based on the findings conducted by various researchers across the world, farmers will need to grow more food than they do now – 70% more to meet the demands of the population by 2050. The global population is expected to rise by 2.2 billion at that point.

There are more than nine hundred million acres in the US that are worth more than $2 trillion. With such a huge amount of resources, farmers can boost the economy by making the most of these resources.

According to the farming census, between 2012 and 2017, the number of female farm operators rose by 27%. Today, close to half of all the farms in this nation has at least one woman making important decisions.

The invention of the wheat combines by Hiram Moore paved the way for removing the wheat heads from the stems and separating the kernels. Every head of wheat has around 50 kernels. When it dries out and turns golden, wheat is ready to be harvested.

Just like any other mammal, a cow has to give birth to start producing milk. Calves are usually separated from their mothers for the milk to be siphoned and used commercially.

Hemp was introduced in America in 1606. Since the plant has a lot of uses, farmers started growing it as a staple crop. Farmers were allowed in the 1700s to grow hemp on their farms. The plant does not need pesticides or huge volumes of water.

Its long roots also retain topsoil and prevent erosion. Several states, such as Kentucky, Colorado, and Vermont, allow farmers to grow hemp on their farms.

Goats were among the first animals to be brought home and domesticated by human beings. They were raised for their milk, wool, and meat.

There are more than 8,000 dairy farmers in Wisconsin. This figure is higher compared to other states. However, declining milk prices, increased suicide cases among farmers and international trade issues, led to the loss of more than 550 dairy farms in the state back in 2019.

Farmers have a lot of resources at their disposal, especially in the US. Young adults need to focus on producing instead of consuming to achieve their goals easily and quickly. With all these facts in mind, it’s time to go to the farm and become a food producer.

Emily Harrinson is an influential essay writer at college papers writers. She has been working in this company since 2006.

- Advertisement -
Previous article
‘If farmers are going to get paid not to have cattle, a lot of them will probably take it’ – contractor
Next article
Connolly switches from suckling to supplying high-end in-calf heifers