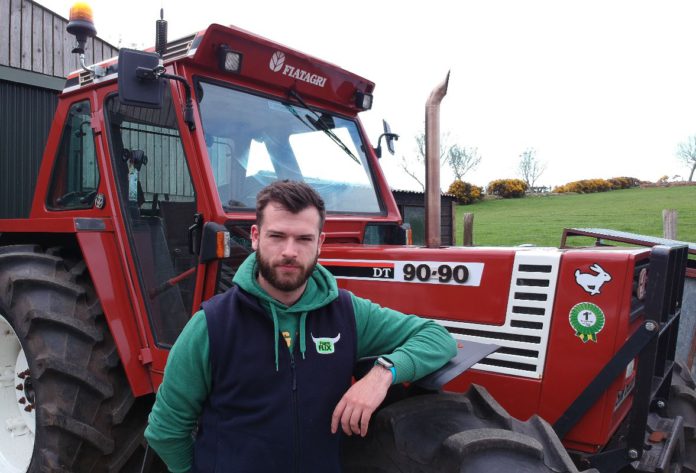 In this week’s Farmer Focus series, That’s Farming, speaks to Conor McFetridge about sheep and suckler farming and his new position with FarmFLiX.

Conor McFetridge may be 25-years-old, but he has been instrumental in developing his family’s beef and sheep farm.

Whilst doing so, he has also gained agricultural experience overseas, studied an extended diploma in land-based technology at CAFRE, Greenmount, and has most recently secured a position with FarmFLiX.

He previously worked as a stockman on a 1,200-strong beef and dairy farm outside Coleraine for two-and-a-half years.

Conor hails from Glenshesk, at the foot of Knocklayde Mountain, between Armoy and Ballycastle, where he farms with his father, Eugene.

When he was younger, he longed to become a joiner, but his mother “talked him out of construction trade” after the recession hit.

“I grew up farming as a hobby, and now not a day goes by where I am not included in agriculture in some way,” he told That’s Farming.

“I was always surrounded by farming from what I can remember. So, I was with my old boy every evening and Saturday on the farm.” 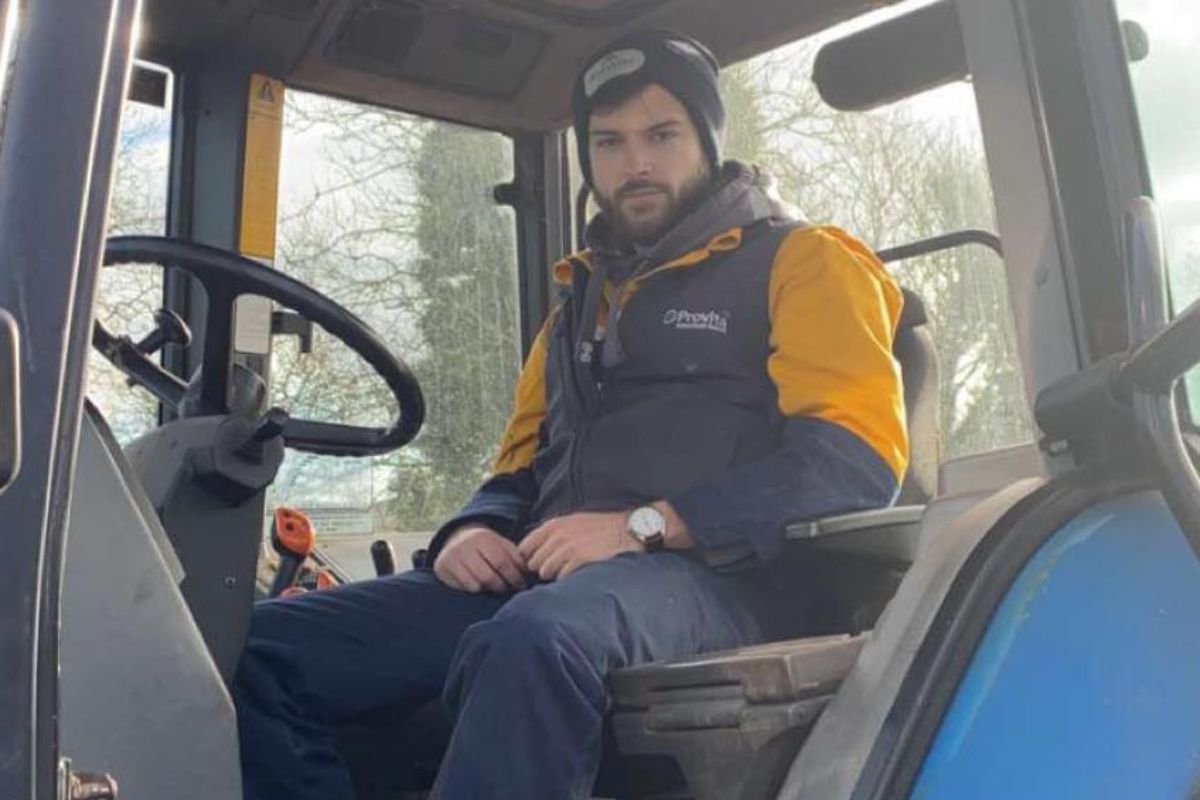 Now, he divides his time between the farm and the “world’s first” online subscription-based agricultural video platform.

His farming venture began at the age of fourteen when his father bought him his first Lanark lambs.

He acquired a further seven from Cushendall Mart and another fifteen at Armoy Mart and ran these through to hoggets before selling them.

“Then, I used whatever money I had made to buy more lambs and continued the cycle,” added Conor, who has selected Lanark for its hardiness and cross-breeding abilities with a blue ram.

“I started lambing them around 2015 after getting the lend of a blue ram as I could not justify buying one for all the few ewes I had.”

In 2017, Conor sold all his breeding ewes and instead bought various dry ewe lambs before venturing to Australia. After returning following the harvest, he bought 11 broken mouth ewes and expanded his flock to 60 ewes which he farms alongside dry ewe lambs.

Besides, his father also runs in the region of 70-80 dry lambs and puts superior types and crossbred ewes to a Texel ram.

“We aim to lamb from the second week in March. The weather and grass are supposed to be there, but I would not put money on it.”

“We have very few livestock sheds, and we love the torture. I enjoy lambing for about the first week,” he laughed.

“My dad buys my ewe lambs every year, and I sell the rest as stores. When you see the lamb on the deck, knowing that you have picked the ram, picked the ewe, and put the hard work in to get the lamb there, that is pretty enjoyable.”

“Seeing ewe lambs that you have bred all dressed up for sale or putting cattle out to grass are both up there too.”

“I enjoy working with my da; both of us are thick as champ, and this normally ends in a row. I do not think he likes to admit that I might know things he does not,” he laughed.

“Animal husbandry is a big thing with both of us. My dad always said there is no point keeping the thing if you are not going to look after it, and he is spot on.”

“We hate seeing anything in pain or suffering. People say a sick sheep is a dead sheep, but we give everything a chance and have very rarely a death of any kind.” 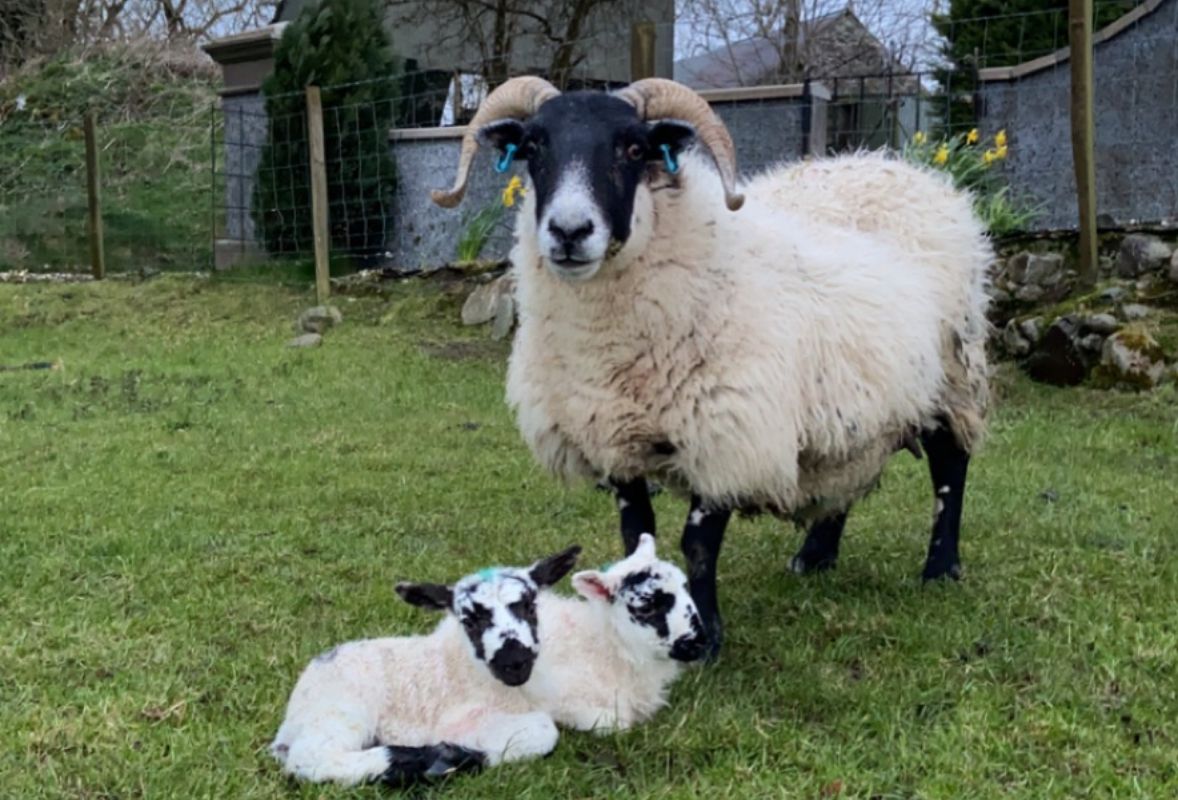 The family recently acquired a herd number and are in the process of designing a shed to increase numbers.

Currently, they run beef-bred heifers, from 3-months-old to about 375-400kg, as they are in a start-up phase.

Conor cited versatility as the main reason for opting for a calf-to-store heifer system.

“I went for heifers simply because I have another way out with them. If prices are bad when I go to sell, I can take her home and breed her, try her as a springer.”

“Then, if I am not getting enough, I can take her home and calf her. There is only one way with a bull calf, and you must take the price in front of you.”

“A lot of people have suggested Friesian bulls to me. However, from my own experience, a Friesian is cheap to buy but maybe eats twice the meal of a beef-bred calf.”

“And I always maintained that if you are not making a fortune of money with them, you may as well have something worth looking at in a field.”

“My ultimate goal is to produce a good standard of stock that I can be proud to see in a field while trying to make a pound along the way.” 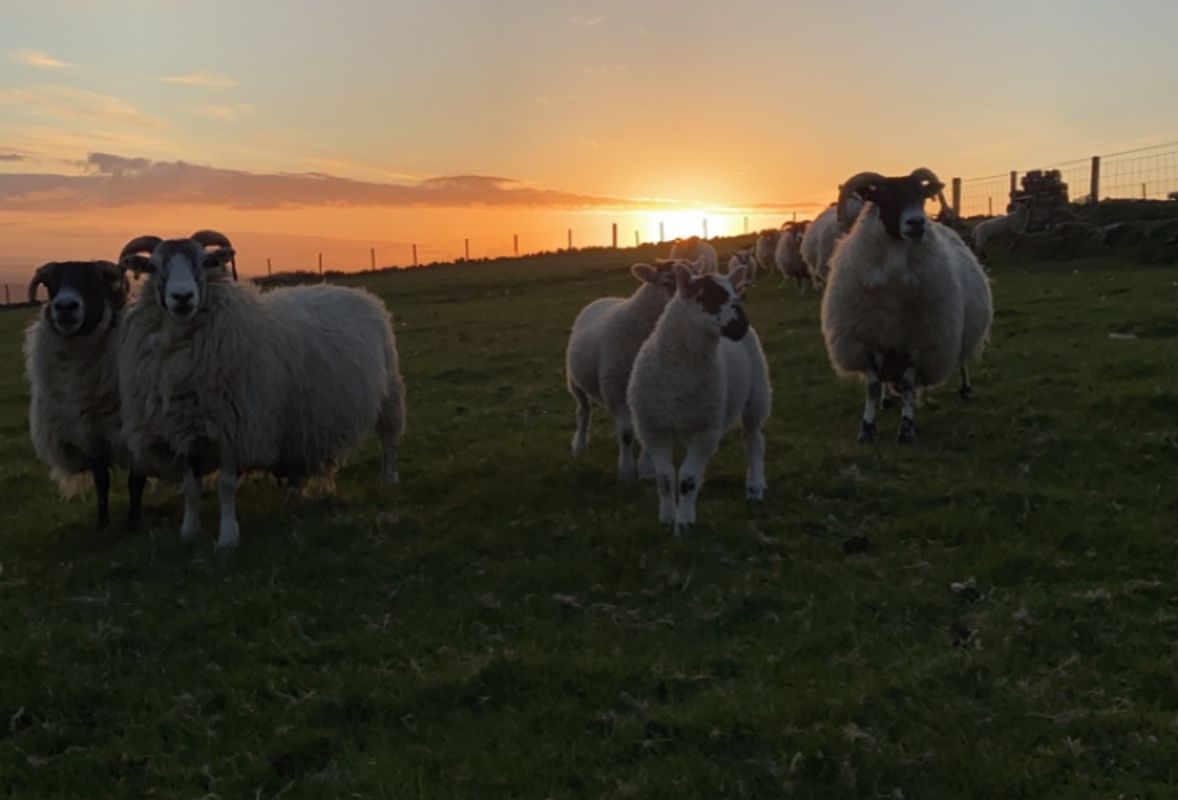 The father and son share responsibilities, with no set roles. Although, his father undertakes most of the sheep feeding over the winter as Conor works full-time.

On the other hand, Conor oversees the cattle herd and completes other remaining duties when he returns home, along with any machinery-related work.

“To succeed as a farmer, I think you have to be thran and the attitude to persevere through the rough bits.”

“Farming of any kind has many highs, and there are days you would not want to be doing anything else. However, there are also lows and days you would want to pack the whole thing up and send her up the road,” he added.

And that is what he strives to portray through his role as an agricultural conversationalist with FarmFLiX.

He joined the company in recent months and is responsible for conducting in-cab and on-farm interviews with farmers and agricultural contractors, undertaking camera work, and video editing.

“FarmFLiX is an agricultural documentary company. We make videos on everything farming-related, from machinery to stock and show it for what it really is.”

“We show farmers and contractors a day in the life kind of style. So, we release a new video every week on a paywall app on the App Store and Playstore. Besides, FarmFLiX release a behind-the-scenes blog once a week too.”

“I am out and about, learning new things about farming, from different views to useful tricks and hacks that other people use.”

“Career-wise, I think everyone wants to make it to the top. The job I am doing I am not sure where the top is, but as time goes on, I will find out.”

“I always give every job 100% effort. There is no point in doing anything half-assed. I have always known that I will have a full-time job along with the farm.”

“To note, I have a few ideas to keep on top of things, but I will not let the farm suffer because I have full-time hours elsewhere and vice versa with the job. I would rather quality than quantity stock wise, so if I have to cut back more, so be it.” 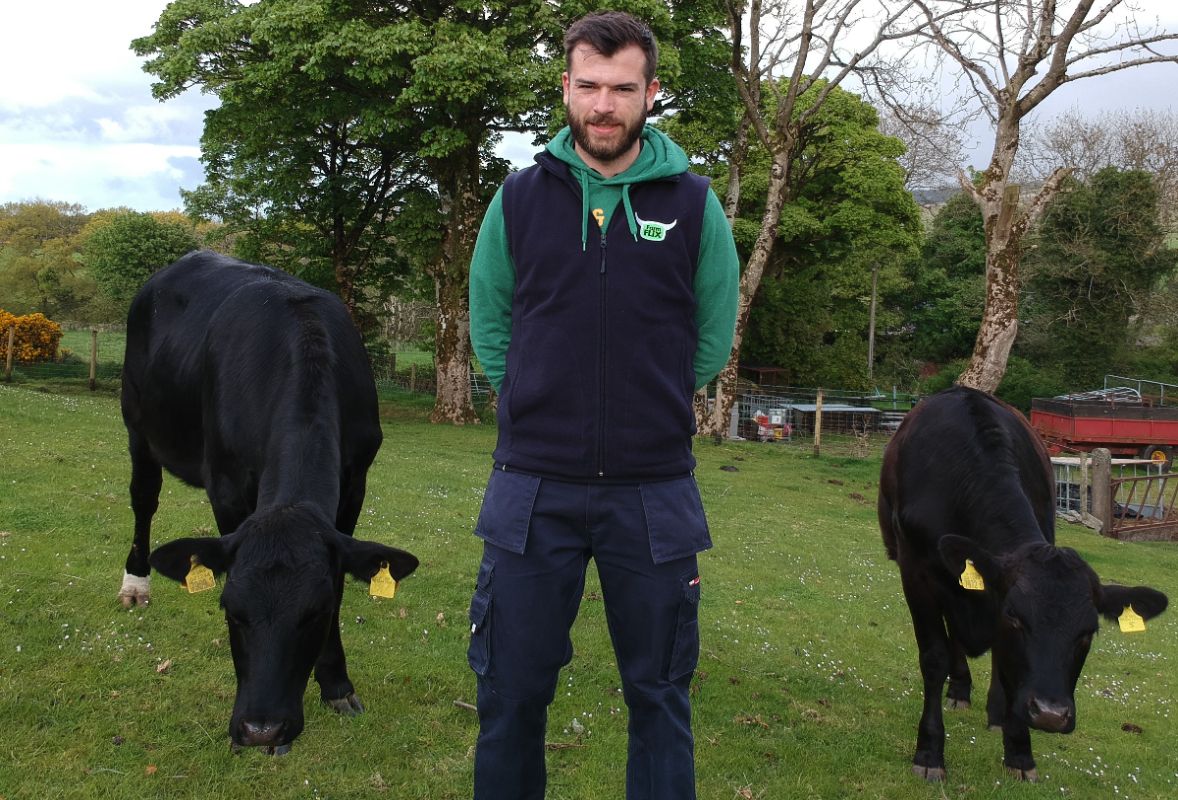 His parting words advice to those considering pursuing a career in agriculture is this:

“Do not jump in; weigh it all out before you jump; it is not just sunshine and rainbows.”

“It is not something you can give 50% effort, and if your heart is not in it, do not start it. Also, do not feel pressured into taking on a farm just because you have a parent that does,” he concluded.