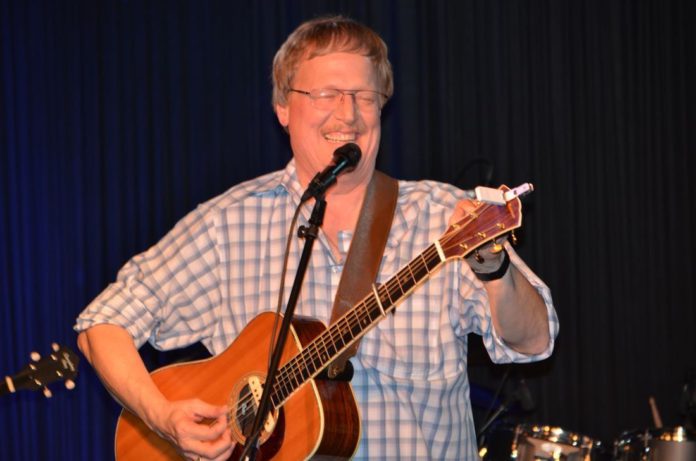 The Tennessee native provides an insight into his musical and educational life in conversation with Conor Halpin, journalism intern.

When did you begin playing music Kent Maxson?

My mother was an organist for the church which we attended. Dad was a French horn player in the orchestra and sang bass in the choir.

When I was five-years-old, our father bought us a piano. My mother told me I could not take piano lessons until I was seven-years-old.

Later, I discovered when I pushed these keys softly, I would feel loved, and when I hammered on these keys, it sounded like someone was mad. I heard happy when I bounced on the keys.

When did you start to learn your first instrument?

I started playing the piano around 1964, guitar around 1970, then the pipe organ, and French horn recorder and a variety of instruments through the years.

To be honest, I am not a great musician. I can fumble around on lots of instruments to create the feel I want for a song. I am pretty good at creating.

What college did you attend?

I went to Texas Tech University in Lubbock in Texas. Some amazing songwriters and musicians came from the Lubbock area such as Buddy Holly, Mac Davis, Waylon Jennings, Don Williams, to name a few. I was surrounded by incredible musicians with music everywhere.

When did you begin recording songs?

It was of my professors that encouraged me to visit the local recording studio owner and talk to him about recording some of my songs.

Since that time, I have recorded my songs every chance I get. I have taken several breaks to take care of my family, but I have been in and out of studios since 1977.

How did you become a songwriter?

I took a huge chance and shared one of my songs with my younger sister Joan who was my first fan. She encouraged me to keep writing and share my songs with other people.

In 1983, I took the big plunge and moved to Nashville. I began my journey to become a professional songwriter in 1987, and I was introduced to Garth Brooks.

He introduced me to Kent Blazy & Kim Williams from 1987 until 1992. I was blessed to write with some of the best songwriters of all time.

Has music always been a high priority in your life?

I love music, and I hope that I can continue to create music for the rest of my days. In recent times, I have read that 80% of the songwriters have left Nashville over the last 10 years because of the difficulty of making a living in the modern-day music industry.

I happened to choose to return to Nashville when it became one of the most difficult times for a songwriter to make a living. Admittedly, I have enjoyed every moment that I had the privilege of creating music.

What is your musical connection between Ireland and other countries?

I have written three songs on a CD for Irish singer, Mary Duff, including Mr Noble, a song that I co-wrote with Garth Brooks.

Besides, I also penned the singles, Leading the Pack and Memories Not Dreams for rising young country artist, Alyssa Trahan, from Nashville.

Also, I contributed 2 steps and a Waltz Away to Mexico’s Will Banister’s latest CD. Furthermore, I released my latest album, MAX, in November 2019.

What challenges are you facing during Covid-19?

Since there is no longer live music, I can no longer perform house concerts. Although these are small shows, they have been very profitable to me in the past. I do not enjoy or like virtual shows. I have not taken part in them.

95% of my songwriting sessions are completed virtually now. I have written virtually with friends in the past, so I am used to it. It just takes some of the magic out of it for me.

What advice would you give to people who are considering pursuing a career in music?

My advice would be to master and perfect your craft, whether its writing songs or playing the guitar, singing any other area you want to pursue.

The currency of music is not always money. The best musicians pursue higher goals of making the world a little better. Do not tie yourself to your success in music; music is what you do. It is not who you are.

I have worked with some extremely talented people who were never able to make a living at music. They did not treat it like a business and had a false idea that their talent was all they needed. Never confuse the art of music with the business of music.

- Advertisement -
Previous article
Weather warning: Up to 40mm of rain to fall
Next article
‘One of the greatest stockmen’ dies after quad bike crash