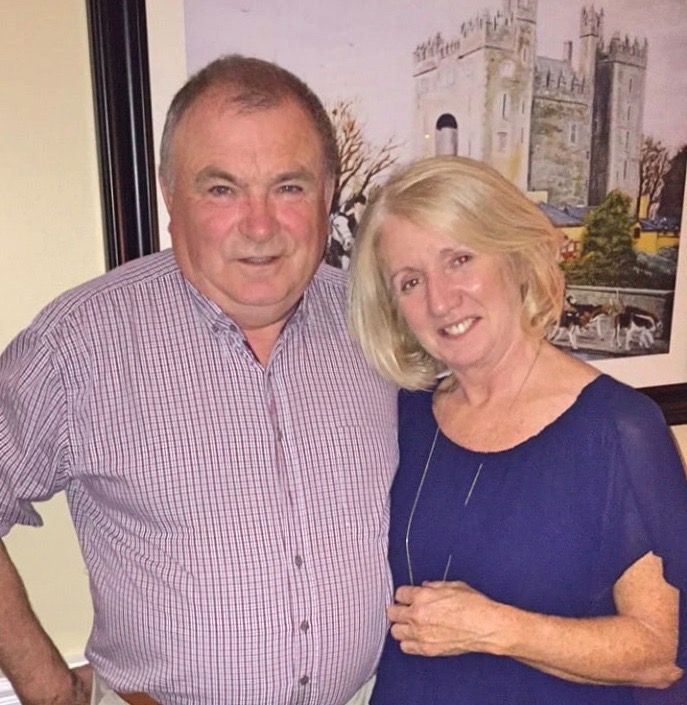 The Conway’s experience of a Shorthorn-cross cow’s ability to breed “superior quality” calves convinced the family to venture into pedigree breeding.

They established Clonina Beef Shorthorns in 1998 with the purchase of two Tierlaheen heifers from north Clare.

Yvonne and Michael Conway, full-time farmers from west Clare, sold their commercial suckler herd and pedigree Charolais bull and placed their entire faith in the Beef Shorthorn breed due to its ease of handling and demand for female breeding stock. 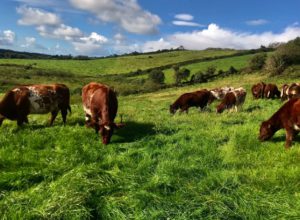 “Shorthorns are great mothers and are ideal suckler dams. Initially, we used Irish genetics and sourced many dams from herds such as Dromelihy containing such well-known names like Deerpark, Ballyart and Flagmount,” the owners of Clonina Beef Shorthorns explained to That’s Farming.

“The difficulty was sourcing suitable bulls. Our A.I. choice was limited at the time. We purchased a bull, Kilfrush Scarlett Don, who proved to be a good stock bull giving us good females.”

“At the time, we had no stats concerning performance, like we have now, so it took a lot of trial and error to get the dams we wanted.” 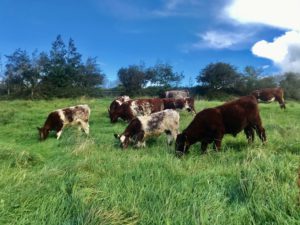 They acquired Uppermill Saffron, a bull with Canadian genetics from James Porter of the Uppermill Herd in the early 2000s. This bull was homozygously polled and produced progeny with good carcase conformation and females with strong maternal traits.

“At that time, there was no problem selling heifers, but the demand was poor when it came to bulls. We bought heifers from the Chapleton, Glenariff and Skaillhouse herds in Perth and Sterling sales.”

Recently, they bred their own stock bull, Clonina Storm 258, a polled son of Chapelton Ariel with the majority of daughters retained for breeding. “The popularity of the breed has increased, and we found there is more demand for the modern Beef shorthorn bull.” 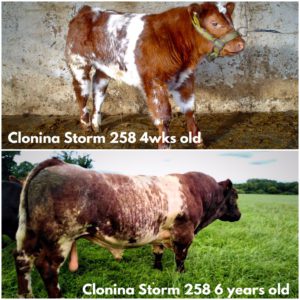 “We were confident that these bulls would be a help to Irish breeders as they had the traits we were looking for at the time.”

Later on, they purchased embryos from Canada. From these, they produced a Royalla Dollars bull, Huberdale Hilfiger heifer and a full sister of Kenlene Winston, all exclusive embryos from Australia and Canada.

To date, they have one homebred bull in Dovea A.I. station, Clonina Explorer 300(P) SH4609. His mother, a Chapelton Ariel 3724 cow, was a female reserve champion in Sterling at the February 2013 sale.

“We are delighted to see that he is transmitting exceptional shape and quality to his progeny. He offers both pedigree and commercial breeders a fresh new twist in tried and tested genetics.”

The retain heifers as part of a 26-30-month-old calving system, with some occasionally sold as surplus breeding stock. “We farm marginal land, so we need to give the heifers more time to mature. We reseed regularly and are GLAS participants.”

“To note, our best bulls are kept for pedigree breeding, while we sell others into the Shorthorn Beef Scheme.”

“Our ideal cow has good feet, a good udder, is fertile and milky with a mature weight of 700kgs; our preference is polled.” added the WHPR members. 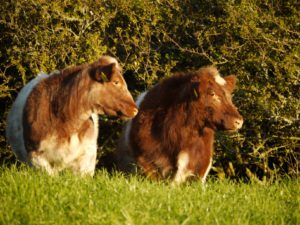 Furthermore, he has been on the Irish Shorthorn Society council and completed a 2-year term as president. In 2011, he received a Hall of Fame award in recognition of his dedication to the breed.

In the early years, the family exhibited some maiden heifers at agricultural shows, but due to a spinal injury, which Michael sustained, the family withdrew from the show ring. 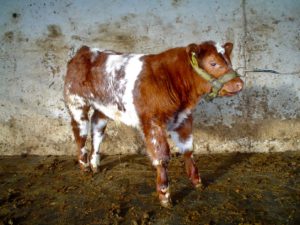 Also, Michael is a director in the Shorthorn Marketing company which oversees the Shorthorn Beef Scheme. This scheme provides a 15c/kg bonus for Shorthorn and Shorthorn-cross steers and heifers in conjunction with ABP.

“We were pleased with their performance and sold them in the autumn to a finisher within the scheme. It is an enterprise that we intend on continuing and expanding due to a growing market.”

“At present, there is a high demand for roan-cross and blue-grey-cross as borne out by the prices paid in the autumn sales. It’s great to see the inclusion of Beef Shorthorn genetics in big commercial herds such as Tateetra and Rathmore Farms as is the trend for many years in the UK.”

“As a Beef Shorthorn breeder, it’s great to see the recognition that Beef Shorthorn have a place in the commercial world in Ireland.” the Conways concluded.

- Advertisement -
Previous article
VIDEO: Tom Pemberton takes on bale off challenge
Next article
When can I spread slurry?