There are deals above these levels available for larger lots and Angus cattle, according to Golden.

He highlighted that market demand is strong, driven by the high volumes of beef sales in supermarkets. Supplies, he added, are predicted to remain tight.

Golden said the cow price has also strengthened this week and is ranging from €3/kg to €3.40/kg, depending on grade.

Furthermore, young bull prices have also risen in the past week and are ranging, in general, from €3.60 to €3.80/kg for O/R and U grades.

He said while there is uncertainty around some logistical issues and access to the UK market, demand is strong and beef prices must push on and reflect market conditions.

“Market returns to beef farmers remain a long way off the breakeven price of €4.50/kg and this is not sustainable,” he said. 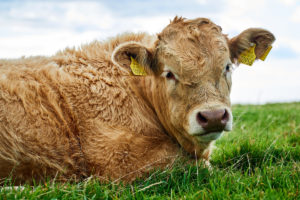 Brexit has impacted directly on beef farmers since the vote was taken in 2016, primarily through the sterling fluctuation, and this must be addressed in the €1.05bn Brexit Adjustment Reserve announced for Ireland, he stated.

Concluding, Golden stressed that beef farmers must be first in line for strong and meaningful supports, without pre-conditions.

Ireland will receive over €1B Brexit funding or 25%, from the EU Brexit fund in 2021, it has been confirmed in recent days.

The Minister for Foreign Affairs Simon Coveney confirmed the funding at the AGM of the IFA North Tipperary County Executive.

IFA president, Tim Cullinan said: “We will be making a strong case for funding to go directly to farmers who will take the brunt of any fallout from currency fluctuations and trade and logistical issues that will arise once the deal reached before Christmas works its way through the system.”

“We have real concerns about how non-tariff barriers will impact on our ability to keep trade flows moving. Green Lanes have been implemented previously for food exports. These must be prioritised to allow us to reach our markets,” he said.

Cullinan also said the longer-term implication for Irish food exports could be the flooding of the UK market by cheap imports. “Farmers here on the island of Ireland and in the UK are steadfast in their view of standards,” he added.