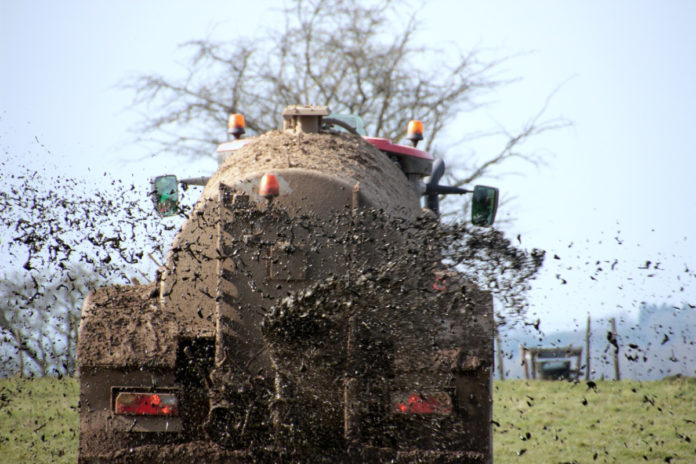 Weather: Get the slurry mixed

Today will start mostly dry and sunny, according to Met Éireann, but patchy cloud in the northwest will bring showers to the region by evening. A warm day is to be expected, with temperatures ranging between 22 and 27 degrees, highest in Leinster and Munster.

However, it will be cooler in the west and north with highs of 15 to 20 degrees in moderate northwesterly winds.

Showery rain will spread southeastwards over the country tonight. Most accumulations are expected to be small but there is a slight chance of heavier bursts in parts of the east and southeast. Lowest temperatures of 7 to 11 degrees in fresh north to northwest winds.

The national forecaster anticipates a cooler day on Wednesday. It will be blustery and cloudy to start with some residual showers along eastern and southeastern coasts. However, brighter conditions will follow from the northwest in the morning. Temperatures will range between 15 and 20 degrees in most places in fresh to occasionally strong northerly breezes.

Cloud will develop in the northwest and extend southeastwards overnight, with patchy rain and drizzle developing in the northwest towards dawn. Temperatures will fall to between 5 and 9 degrees with northerly winds moderating and backing northwest.

The national meteorologists predict a cool damp day on Thursday with outbreaks of light rain and drizzle extending southeastwards during the morning. Showers will become patchier as the day progresses with occasional sunny spells towards evening. Winds will be moderate to fresh northwesterly with high temperatures just 12 to 16 degrees.

The night will be mostly dry and clear with patchy cloud developing along the west coast. This cloud will bring showers of rain and drizzle in places. Lows of 6 to 9 degrees generally with mostly light westerly breezes.

Met Éireann anticipate a cool, damp and breezy day on Friday with rain extending southeastward across the country, heaviest in the northwest. High temperatures will range from 12 to 16 degrees, warmest in the southeast, and northwest winds will be moderate to fresh and gusty, strong near coasts.

Generally dry and clear conditions are predicted for Friday night. However, showers will persist along northern coasts while temperatures dip to between 4 and 7 degrees in moderate to fresh northwesterly breezes.

A mostly sunny start will give way to cloudier and showery conditions during the day, according to the national forecaster. Conditions will remain relatively dry in the south with highs of 9 to 14 degrees in mostly fresh northwesterly breezes.

Showers will persist in the northwest overnight, but it will be mostly dry elsewhere with variable cloud cover and lows of 5 to 7 degrees in light to moderate northwesterly breezes.