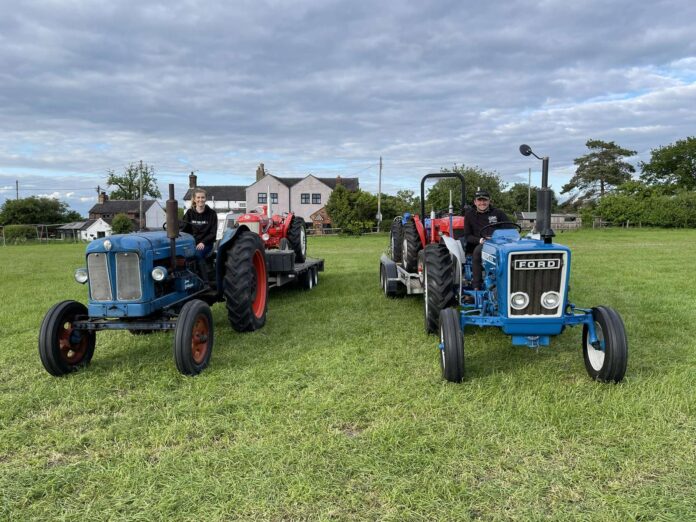 Vintage tractors are not just for the older generation, says machinery collector, Alex Kettlewell, 24, from Davenham in Cheshire.

He has been interested in vintage tractors since childhood and says, “it is a great hobby with a real community spirit”.

Alex clocks up 2,000 miles a year on his Ford, taking it to rallies. Recently, he went on the world’s largest vintage tractor road run for Cancer Research, from Liverpool to Whitby and back – it was 600 miles.

“We met loads of great people; that is what I love about it. Young people think it is not cool, but the teasing at school never phased me.”

“So many of my old school friends just sit at home playing video games, but I encouraged a new friend into vintage tractors recently.”

“The appeal for me is the sense of achievement. What I feel I have achieved doing the tractors up is brilliant. I would have to say do not be afraid to have a go – if you save up and buy one, it is a big daunting project, but it is also a huge learning experience.”

Alex, who used to spend every spare moment after school with his grandad, Alan Davies, and his vintage tractor, has even encouraged his girlfriend, Jennie Whittingham, 24, into the hobby.

“When we first met, she was not at all interested in tractors,” says Alex.

“But as she spent more time with me and her dad, who is also into them, she got the bug. She loves the social side, and she has a 425 Nuffield, which her dad built for her from spare parts in his workshop, and a 1954 Fordson E1A New Major.

“We drive our own tractors out together and have fun overtaking each other in fields. We also did the road run together,” he concludes.

Last week, we reported that the school bus ticket controversy has left two Cork students with no other option but to drive their tractors to school.

Because their parents are tied up at work, Ciaran O’Leary and Donal Sheehan have to commute 34km in their agricultural vehicles from Glenville to secondary school in Fermoy daily.

The school-goers appeared on Virgin Media News in an interview with its southern correspondent, Paul Byrne, in recent days.