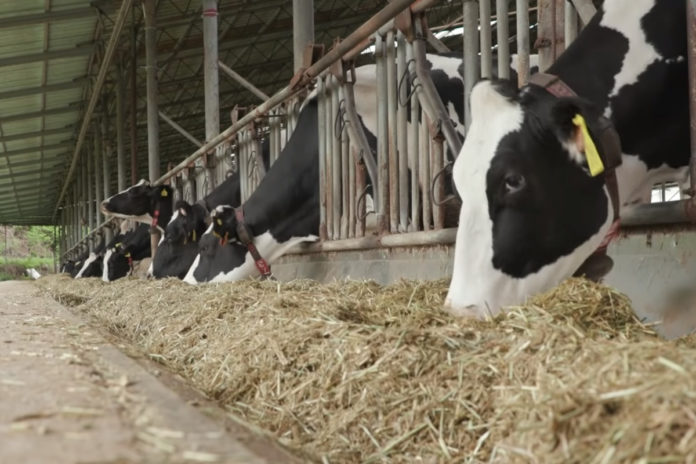 Kim Mate farms 100 cows on his farm in South Korea and is currently milking 60 of those cows.

At the time of this video, the herd were producing 200kg of milk solids per day.

4 years previous, Kim decided to make the change and invest in a robotic milking system.

“I had always been interested in robotic milking systems, and the time had come to replace the old regular milking parlour that had become run down.”

“It took a lot of effort to run the farm by myself. I thought I could reduce the effort and operate the farm more efficiently by using a robotic milking system,” he explained.

Since moving to robotics, the South Korean has been impressed with the differences the robot has made, both to his life and the farm.

“The biggest change was probably the improvement in my quality of life.”

“The best part of the robotic milking system is that I can see the cows have become healthier through the individual management system.”