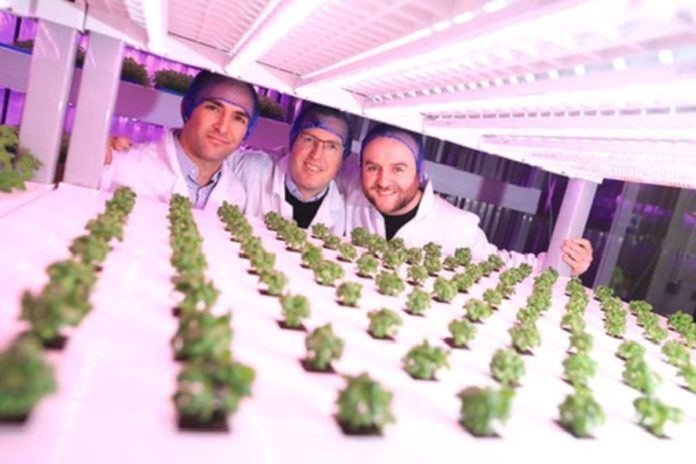 Vertical farming an ‘ideal’ option for dairy and beef producers

The increase in the demand for locally produced food in the last few years can in the future lead to the establishment of more vertical farms in Ireland.

So says John Paul Prior, co-founder and strategy and sales director at Farmony. The company designs and builds controlled environment, vertical farming solutions that produce crops all year round.

What is vertical farming?

Vertical farming is the process of growing crops in vertically stacked layers.

This is most often done using controlled-environment agriculture practices which aim to optimise plant growth and nutrition.

Furthermore, the growing process commonly involves the use of supplementary lightning like LEDs.

Also, a vertical indoor farm can be set up in a rural or urban setting. It can be housed in buildings, tunnels, and shipping containers, any open and available space.

What crops are grown with vertical farming?

The crops that are most often grown in vertical farms are leafy greens (also called leaf vegetables and salad greens), herbs, and microgreens (young vegetable greens).

In Ireland, these are the crops that are primarily focused on, although it is also possible to grow others like tomatoes and strawberries.

“This offers great potential for urban farming, for instance in disused buildings.

“In the future, we may probably see a hub-and-spoke model. Hence, a couple of hubs producing high volumes, complemented by smaller, urban farms.” 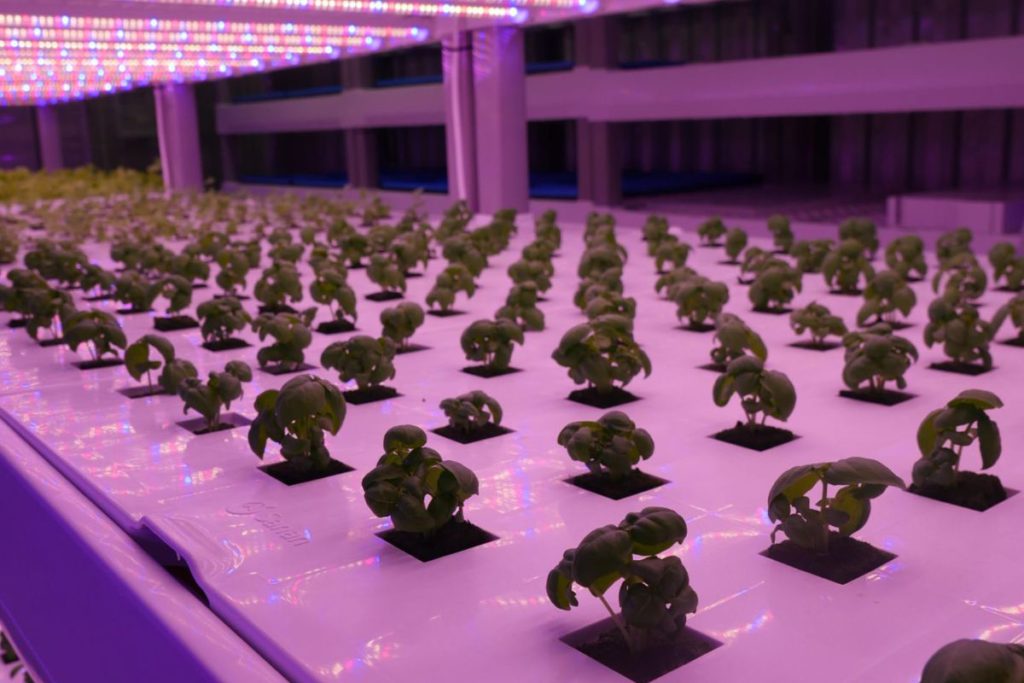 Farms in Tipperary, Galway, and Armagh

Farmony has set up vertical farms for customers in Tipperary, Galway, and Armagh, replacing imports with locally, fresh-grown produce.

There are also plans for a large urban farm in the Dublin city centre, which Prior says will likely be up and running in February next year.

Moreover, these farms supply the foodservice and retail sector, and in some cases, also sell directly to customers. 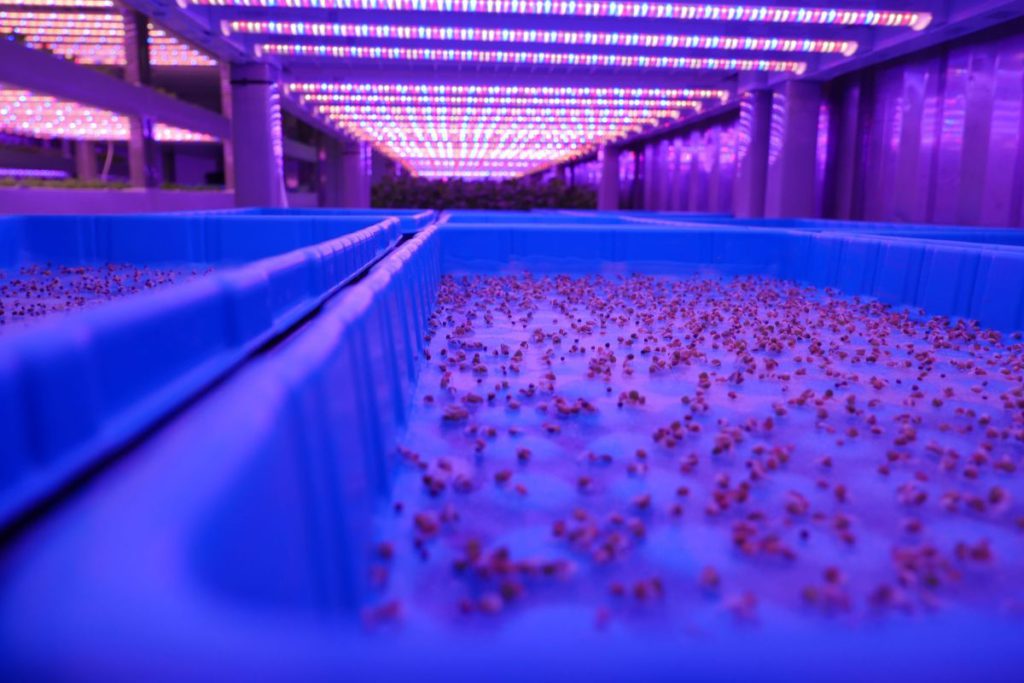 Prior adds that they supply a modular system that enables interested parties to start with a small footprint and then scale up as circumstances allow.

A single module has a footprint of 1m x 1.3m and is about 2m tall if you have four layers.

According to Prior, once the temperature and humidity are controlled in a clean environment, you just need an electrical connection, as well as water-in, and water-out.

After that, there is the price of seeds, substrates, nutrients, and electricity to power the pump and the humidity/temperature control.

The beauty of vertical farming is that it is accessible to basically “everyone”. This can include restaurants, hotels, hospitals, schools, universities, community organisations, and individuals.

But it is not just for new entrants into the market. Prior says it is also “ideal” as a supplementary and complementary option for producers within horticulture and as a diversification opportunity for traditional farmers in beef and dairy. 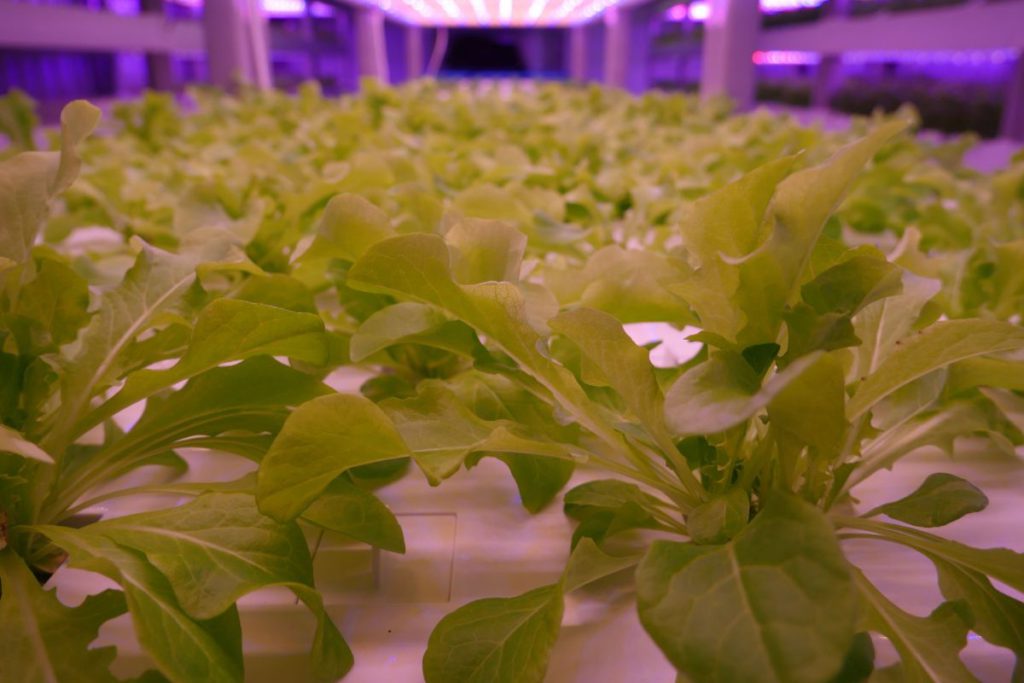 Pros and cons of vertical farming

The benefits of vertical farming are:

However, despite the positive impact that vertical farming can bring, some challenges exist.

For one, Prior says work still needs to be done regarding people’s perception of vertical farming. To change this, there needs to be more education about this topic.

“As with any change, there is a feeling that it potentially can be a threat to the dairy and beef industries, especially in light of the plant-based food drive.

“However, it needs to be clarified that it is not a threat, but rather a big opportunity.”

Also, there is still some scepticism about technology’s place in food production.