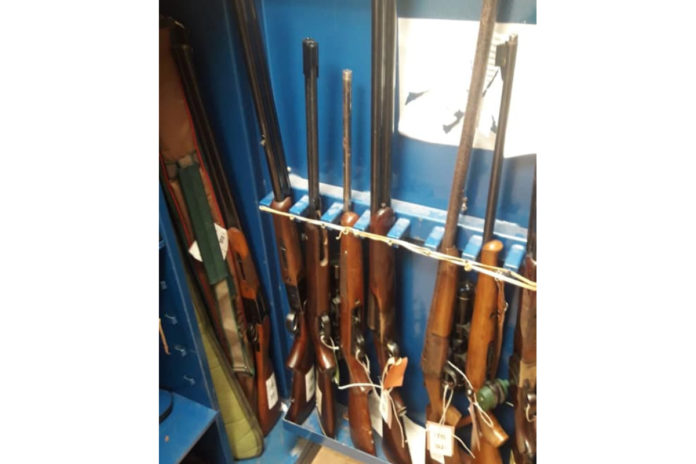 Gardaí from Castlerea and Boyle seized a total of 10 unlicensed firearms during a day of action last month.

The primary objective of the operative was to target unlicensed firearm holders in the District who failed to license their firearms in accordance with the Firearms Act 1925 as amended, according to Gardaí.

“This is the first of a number of future planned days of action in relation to unlicensed firearms and members of the public are reminded that it is their responsibility to renew their firearms licence on time.”

“Renewals are sent out 3 months prior to the expiry of the licence and it is an offence under Section 2 of the Firearms Act to hold an unlicensed firearm.” the statement added.

- Advertisement -
Previous article
Quiz: How well do you know LZF?
Next article
Behind the Hammer: Ciaran Laverty