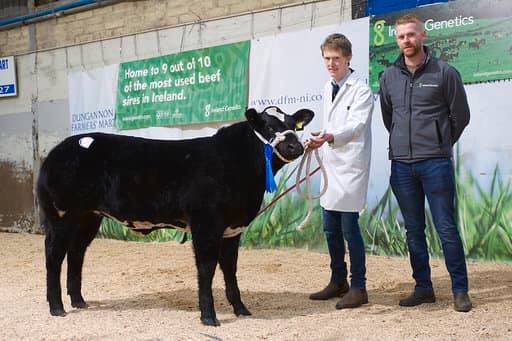 Top call of over €5,260 for commercial heifer

The sale-topper at the NI Commercial Cattle Exhibitors’ Club’s annual young stars show and sale, which was held on Friday, February 21st, came in the form of Jack Smyth’s Belgian-Blue-cross heifer.

Hitting the £4,500 (approximately €5,260) price-tag, this full ET sister to the reserve champion, a Blue-sire steer, which sold to Blair Duffton and Gareth Small for £3,550, which was also presented for sale by the young breeder, caught the eye of JCB Commercials.

Jenifer Hyslop from Stirling in Scotland, tapped out Alan Veitch’s Charolais-sired steer as her overall champion of the show; he went on to sell for £3,100.

Other highlights of the day included;