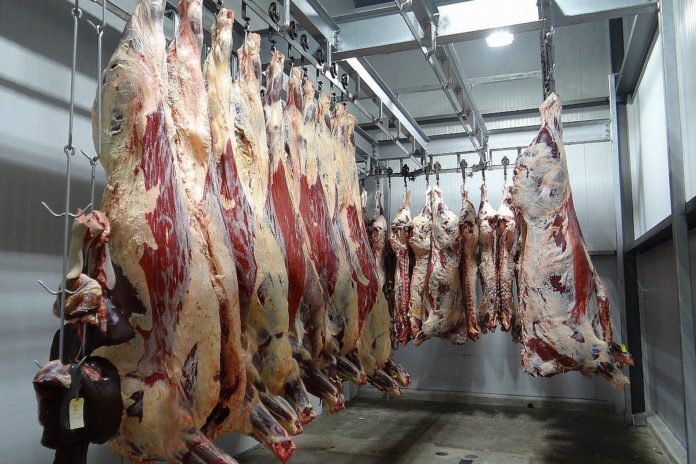 Prime cattle throughput in Northern Ireland during 2019 totalled 344,671 head, according to the Livestock and Meat Commission who said this was a slightly stronger throughput than previous forecasts had expected.

It said that some changes in the levels of imports and exports for direct slaughter, combined with changes to the type of prime cattle being killed locally, have resulted in this higher than expected prime cattle kill.

“The relatively good production conditions on NI farms during summer 2019 and into the autumn will have helped improve cattle performance which may also have contributed to the higher throughput.”

“The stronger than expected cattle kill during 2019, particularly in the second half of the year, has contributed to the decline in the number of cattle available for slaughter on NI farms as we move into 2020.”

“Beef cattle in these two age groups will provide the bulk of prime cattle throughput in local plants during the first half of 2020.”

The combined number of cattle in these age groups is 4.9% lower than the same period in 2019.

Due to this reduction in beef cattle numbers on NI farms, the prime cattle kill in NI is forecast to be back by approximately 8,500 head or five per cent during the first half of the year when compared to 2019 levels, the equivalent of about one week’s total kill.

The LMC said that as we move into the second half of 2020, supplies of prime cattle for slaughter are forecast to show some signs of improvement, particularly in the final quarter.

At the end of December, there were 127,023 prime cattle on the ground in this age range; this was back marginally from December 2018 levels but 6.3 per cent lower than December 2017 levels.

“This forecast is subject to a number of assumptions including current levels of cattle imports and exports for direct slaughter continuing at similar levels.”

The LMC pointed out that some recovery in beef-sired calf registrations to both suckler and dairy cows during the second half of 2019 have helped to increase the number of cattle for beef production on NI farms in the 0-6-month age bracket.

“While DAERA has not published official figures on cow numbers on farms, analysis of APHIS population data has indicated a continued decline in suckler cow numbers.”

The number of female dairy cattle over 30 months on NI farms has also recorded a decline, back by three per cent to 293,337 at the end of December 2019.

- Advertisement -
Previous article
‘Serious’ demand for cull cows at Ennis
Next article
Quiz: How well do you know ZAG?