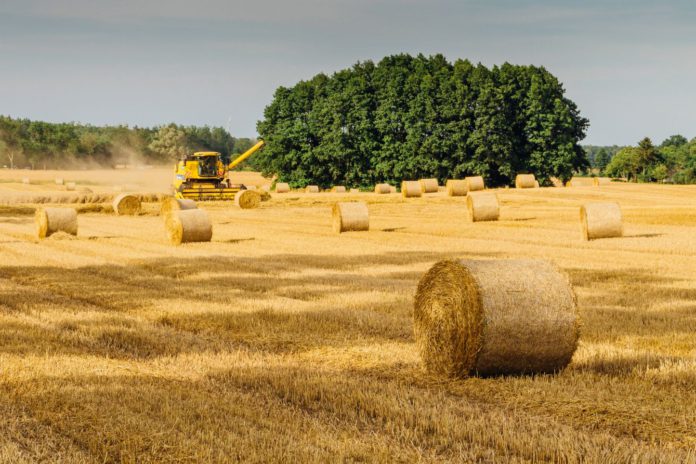 The FCI has said the proposed €10m scheme, which will see farmers paid €250/ha for straw incorporation, will result in a dro

It says the scheme will have a “significant” impact on the incomes of farm contractors who provide straw baling services, particularly in large areas of the south and east of Ireland.

The association has penned a letter to the Minister for Agriculture, Food and the Marine, Charlie McConalogue, to outline its concerns.

In its letter, the FCI said that these farm contractors have made continuous large private financial investments in the purchase of high-output and efficient baling and straw handling machinery over more than a decade, to facilitate the management of straw as a varied resource for thousands of their client farmers.

“This proposed Straw Chopping Scheme will, effectively remove at least one million bales from the current system, meaning an annual drop in income of more than €4.5 million directly related to straw baling activities, for those farm contractors who have provided a baling service to their client farmers over many years,” said FCI national chairman, John Hughes.

The association believes that proposal to grant aid the chopping of 150,000 tonnes or 40,000 hectares of straw, which is the equivalent of 450,000 large square bales or 1 million 4×4 round bales straw bales rather than bale them, will amount to an annual income loss across baling farm contractors of the region of €4.5 million in 2021 alone.

The association has based its figures on a modest contractor charge of €4.50 per 4×4 round bale or €10 per large square bale.”

FCI is calling on the Minister for Agriculture, Food and Marine, to:

It is also requesting that as part of the scheme, the role of the farm contractor is recognised in association with FCI.

“In this proposal, you are effectively taking the income from farm contractor’s pockets and giving it to their tillage client farmers in a move that can only be construed as a crude attempt at being divisive between farm contractors and tillage farmers in an unprecedented effort to undermine the long-established contractor and client-farmer relationships that have delivered consistent and measurable improved farm output over six decades along with cost-effectiveness.”

Secondly, FCI this with the Straw Chopping Scheme, the department is now making many of these balers and specialised handling machines both redundant and almost worthless in terms of their market values.

“Our FCI members have invested more than €10 million in big square balers and associated machinery systems over a 10-year period, based on the replacement cost of a new big square baler at €150,000”, said Hughes.

“If we include more than 500 round balers into the equation, this amounts to an additional farm contractor investment of more than €20 million,” he added.

Based on international machinery valuations, the FCI estimates these machines will lose at least 50% of their value in such circumstances. Therefore, this will amount to a reduction in the machine and asset values of more than €15m to baling farm contractors in Ireland.

FCI told the Minister that a third impact is that many FCI farm contractors are providing a baling and transport service to their tillage farming clients which includes the transfer of large numbers of straw bales to cattle and dairy farmers in their localities.

“FCI farm contractors provide the machinery services in both directions in these transactions. In addition to their baling activities, their work in the loading and spreading of farmyard manures on cattle and dairy client farms, will now be significantly impacted by this proposed Straw Chopping Scheme.”

‘Any mistakes will dramatically outweigh the cost of a good dry...