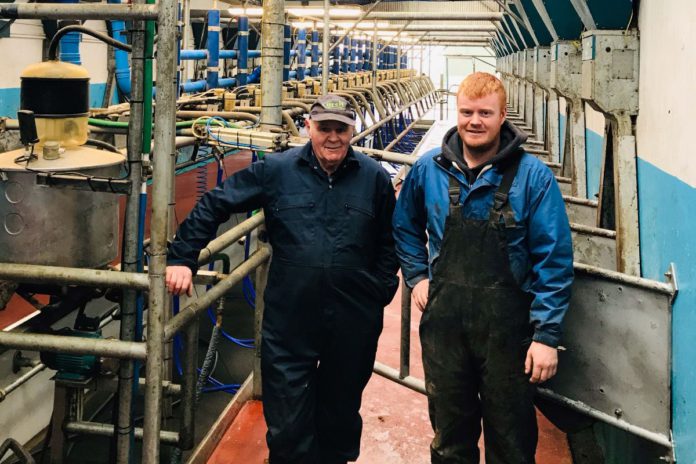 As part of this our dairy farming in Ireland segment, That’s Farming speaks to Thomas Murphy, who runs a 172-cow dairy herd in partnership with his father {link to virtual farm tour at end of article} .

The 28-year-old returned to Portlaw, Co. Waterford with a vision to transform the family farm and convert to dairy after exploring New Zealand and Australia.

The duo initially farmed a 160-cow suckler herd, which consisted of an under 16-month bull beef production system and a 22-month-old heifer finishing enterprise.

“My father’s home place was a dairy and beef enterprise. He took over the beef end, while his brother took over the dairy herd years ago. They farmed together originally and eventually went with different set-ups as his sons, and I came home to farm.” Thomas Murphy told That’s Farming.

“We always talked about going down the dairying route, and this was the perfect opportunity. There weren’t two incomes from beef, and I wanted to farm full-time.”

“The outcome for beef did not look good either. I did not see a future in beef farming for myself. Our farm is well suited to dairying, with yards and roadways, so we took the plunge and began our conversion journey,” 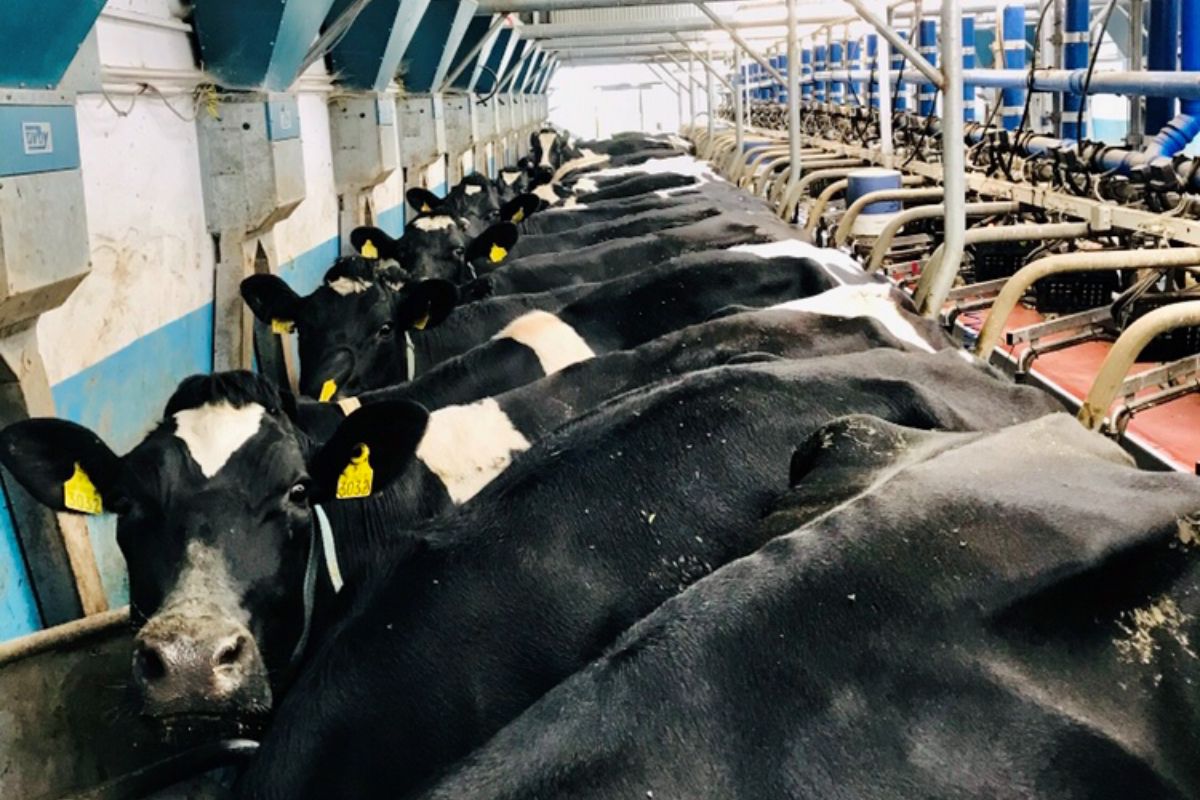 With that in mind, they began dispersing their suckler herd in 2017 by holding a clearance sale in a local mart.

They sold their last sucklers the following spring, which also marked their transition to dairy. That season, they began milking 115 heifers, most of which they sourced from Thomas’ uncle’s herd, using a 24-unit DeLaval parlour.

Fast forward three years and the father and son team will calve down 172 cows this spring. They have a Friesian/Holstein 60/40-cross herd, with an average EBI of €156, which is AI’d over six weeks before two Aberdeen-Angus bulls mop-up.

The Murphys aim to achieve an 85% 6-week calving rate; however, last year’s figure came at 75%. The home farm consists of 51 ha, while a 45 ha out-block is used for heifer rearing and silage. 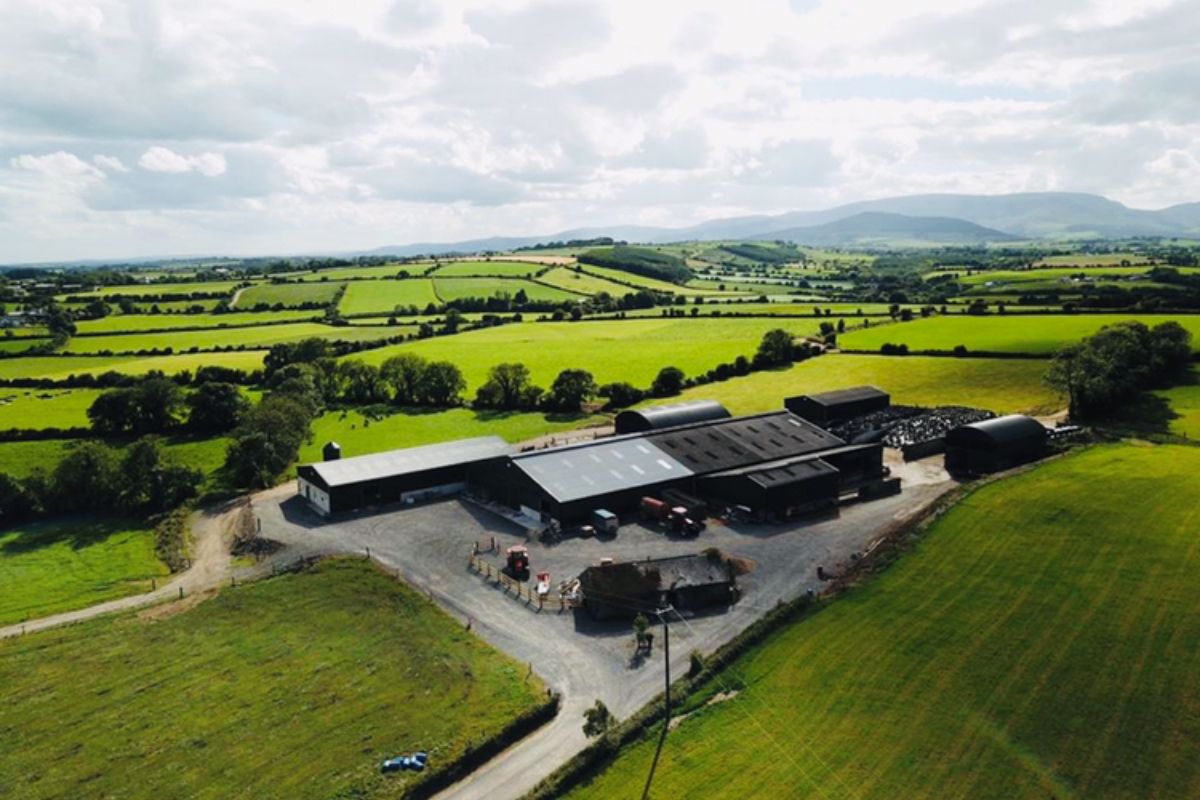 “I work hard on figures; EBI and fertility are big ones because if you focus on efficient cows, you can see the proof of the pudding in the milk tank. My ideal cow-type is a Friesian, with a good solid frame that can produce good milk solids.”

The farmers retain all heifers as replacements, while Friesian calves are sold privately from the farm for export. They usually keep and finish their Angus-bred calves, although they may sell this year’s crop due to space constraints.

Herd performance and steps to success

“Also, we feed them high-DMD silage and feed beet on the shoulders of the year. At present, we are feeding 10kgs of beet to milkers and feed 5kgs to springers 7-10 days before calving to maintain conditions.”

Grassland management is a crucial focus on the Waterford-based enterprise, with weekly farm walks during the grazing season. Thomas inputs data into PastureBase, which, he stressed, is a “handy tool when you see what you can achieve from it in terms of utilising grass to its full potential”.

“Having quality grass for your cows is a key element of running a successful dairy farm. A new grass reseed is a plan on the cards as it is a no brainer with an instant return from an investment.”

“It is important to have quality stock and to avoid carrying passengers, just for the sake of having numbers, along with a good set-up with adequate facilities and quality grass for cows. When you have all of this, the rest will fall into place.” 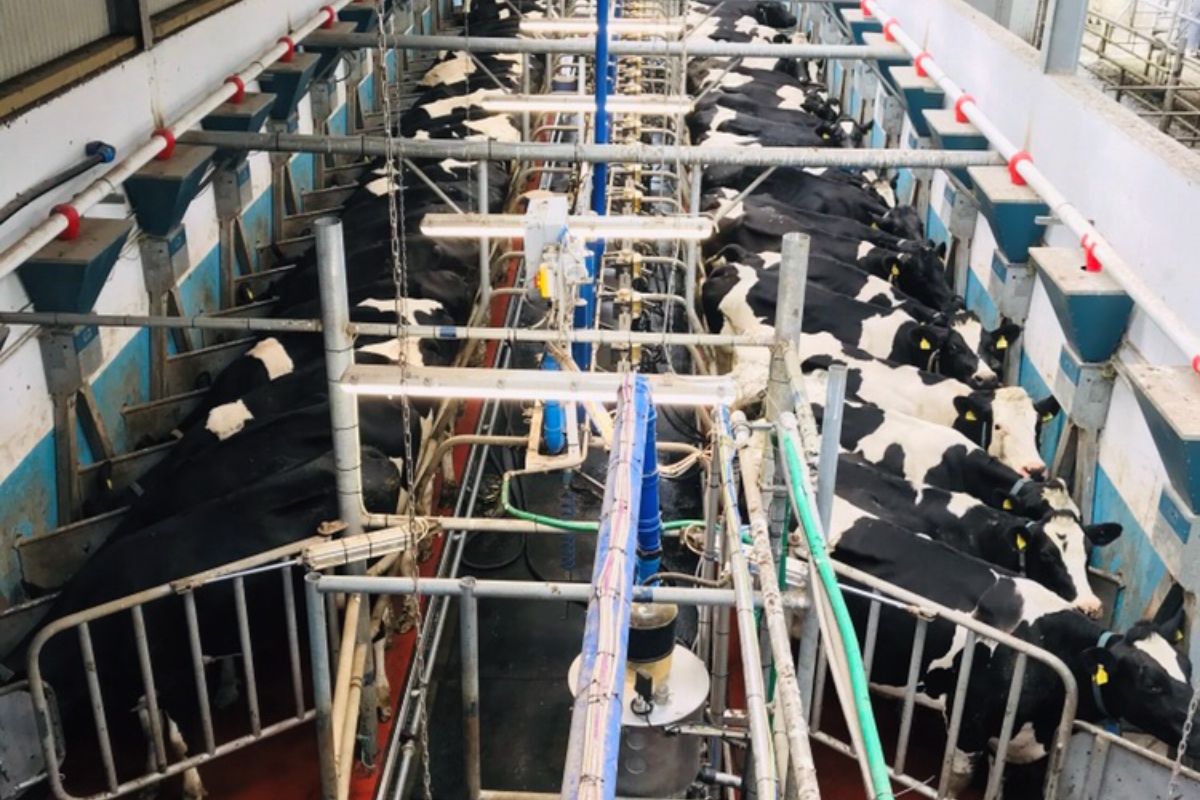 Future of dairy farming in Ireland

Looking ahead to the future, the 28-year-old’s primary focus is to improve the genetic potential and performance of the herd, with his sights set on achieving 520-550kgs of milk solids.

He states that they may increase numbers to 200 cows in time, but this is not an immediate plan, as this would require an extra labour unit.

“Dairy numbers might not be able to expand as rapidly as the current period as we must do our part for the environment.”

“I am working towards what I want every day, and that is pushing the farm to its full potential milking! The journey we have taken over the last few years, getting the dairy system set up and phasing out the suckler herd, has not been easy.”

“The transition was a gradual change over, but it is all starting to pay off, and the future of dairy farming in Ireland looks bright.”

“Cow numbers are not everything in my eyes. I would rather have 100% of my cows performing and a return from them, as opposed to having extra passengers to fill numbers.” Thomas Murphy concluded.

- Advertisement -
Previous article
€10m straw scheme to take €4.5m from contractor’s pockets
Next article
19-year-old in critical condition after being struck by tractor