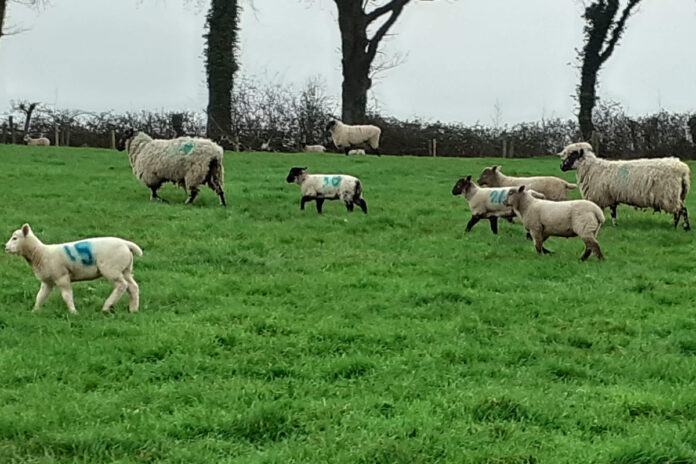 In this article, Brian Hanthorn, Beef and Sheep Adviser, CAFRE, discusses advancing the breeding season and increasing production in early lambing flocks. He covers sponging sheep and PMSG and a melatonin implant programme.

Spring lamb prices this year were high, even when increased numbers appeared in April, with farmers receiving 630 p/kg carcase.

Prices remained high and peaked in June at around 675p/kg carcase. Although concentrate costs have been challenging in early lamb production farmers, remain hopeful that concentrate costs will fall to some extent going forward.

The main challenges for many early lambing flocks to drive profit are to target a tight lambing, a litter size of around 1.65 lambs reared per ewe and to have all the lambs away within 16 weeks, before any significant price drop occurs.

The main targets for early lambing flocks are:

The place for early lambing

Early lambing integrates very well with other enterprises on the farm from a labour and cash flow point of view.

Growing early spring grass is essential for the system to work well and to reduce concentrate usage.

There are several different programmes that can be used to help ewes come into season early and produce a good crop of lambs.

Two of the most common programmes are progestogen-impregnated sponges with PMSG and secondly melatonin implants.

Using progestogen-impregnated sponges as part of the breeding programme allows a group of ewes to be mated as a batch on one day, and the use of a hormone injection PMSG will increase ovulation rates and, in turn, improve litter size.

One of the main benefits of sponging and PMSG is that it gives a tight lambing with most ewes lambing over 4-5 days which could suit part-time farmers.

Sponging sheep will advance the normal breeding season by around 6 weeks.

A typical programme for synchronising ewes is suggested below in Table 1.

Improving the performance of sponging

To obtain the best results with sponging, it is important to have the ewes weaned at least six weeks in advance and in body score of around 3.5.

Have plenty of mature rams available, ideally 3 rams per 20 ewes. Ram lambs are generally not recommended.

Order the sponges well in advance and store the PMSG in a fridge according to the manufacturer’s instructions.

PMSG is administered into the muscle immediately after the sponge removal; the amount given per ewe will depend on the breed of sheep and month of the year.

Consult your veterinary surgeon for specific advice and read the instructions clearly.

This is a hormone administered at the base of the ear around 35 days prior to ram introduction to the flock.

It works by releasing a small amount of melatonin similar to what the ewe produces naturally as daylight hours decrease.

It, therefore, has the ability to make the ewes come into season earlier in the year and produce a lambing percentage similar to a March lambing flock.

Lamb prices this spring have been encouraging, but it is still very important for early lambing flocks to produce at least 1.65 lambs per ewe.

Either sheep sponging/PMSG or Melatonin implants are useful programmes to bring forward the lambing season for early lambing flocks, make lambing more compact and achieve their targets to improve output and profit.

Consult your veterinary surgeon about which programme is most suitable for your flock and follow their advice.

- Advertisement -
Previous article
It is backwards our country is going, not forward
Next article
700 lots for fourth Carrick Prolific Ewe Lamb Breeders’ sale