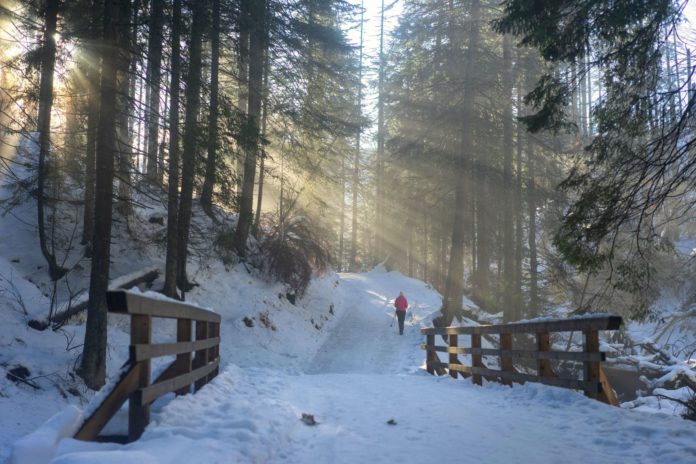 A snow-ice warning will come into force in Ireland later today.

Met Éireann has warned of falls of hail, sleet, and snow, with icy and hazardous conditions.

Meanwhile, a separate snow/ice warning has been issued for Galway, Mayo, Clare, Cork, Kerry, and Limerick.

This warning came into effect at 2pm and will expire at 6pm this evening.

“Wintry showers moving in this afternoon and evening with some falls of hail, sleet and snow. Icy and hazardous conditions.”

An organised band of wintry showers will move into Munster and Connacht this afternoon before extending north-eastwards as the snow-ice warning kicks in this evening.

It will remain mostly dry in Leinster and Ulster until later. Temperatures will reach between 2 to 5 degrees before dropping as low as -4 tonight.

Showers will continue, giving rise to falls of sleet and snow in many areas with accumulations possible.

There will be a very cold and icy start tomorrow with snow in places to lead to hazardous conditions on roads and pathways, according to the national forecaster.

There will be further heavy and snow showers, especially across eastern counties with further accumulations expected.

Wintry showers are set to become more scattered by the afternoon with some sunny spells and highs of 0 to 4 degrees.

There will be widespread frost and icy patches early on Sunday night. Wintry showers will continue to fall mainly in the west and north, with the east and south to experience dry conditions.

Temperatures will drop between 0 to -3 degrees with some fog to form in light to moderate westerly winds.

Looking ahead to next week, rain and sleet showers are expected on Monday.

There will be some dry and bright intervals with highest temperatures of 4 to 7 degrees.

It will become overcast during the night, with a persistent spell of rain to move into the west towards morning, according to Met Éireann.

Temperatures will drop between -2 to +3 degrees with frost in some places.

Met Éireann says that it will be wet and breezy with rain to spread eastwards in the morning, turning to sleet or snow at times.

It will be cold to begin, with temperatures to rise into the early afternoon and evening. Another spell of rain will arrive towards dawn, with values to drop between 3 to 7 degrees.