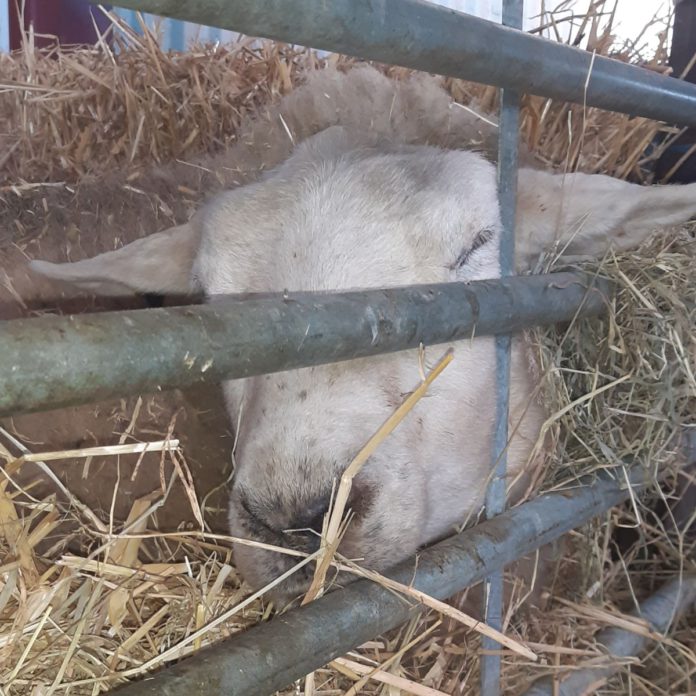 Farmer’s Diary: A flock favourite with a guarded prognosis

In this week’s Farmer’s Diary, Clodagh Hughes has a sick ewe, which she initially thought had Twin Lamb Disease (TDL) or Hypocalcaemia.

Well, if last week ended better than it started, then this week couldn’t have begun much worse for me!

During routine feeding Sunday morning last, I noticed one ewe that had separated from the others which, in itself raises alarm bells, but what was more unusual was that this very ewe is always one of the first to the trough.

She is one of my original ewes from when I began my flock in 2016 and has always been a bit of a herd matriarch. She is known as a bit of a personality among the others.

Serious farmer talk for a minute. I moved her to a wee pen by herself to make it easier to nurse and monitor her progress, while at the same time, she could still see and hear the other sheep.

This helps reduce separation anxiety which could exacerbate the animal’s condition. Being a herd animal, they need to feel safe and surrounded by their own kind, especially when unwell.

Due to the symptoms, this sick ewe was presenting with, and after consulting my sheep bibles (shepherd’s books), I thought I was dealing with a condition called Twin Lamb Disease (TDL) or Hypocalcaemia, commonly known as milk fever or trembles.

Both these conditions are extremely serious and can result in death. They have some of the same symptoms which include, but are not limited to, dullness, loss of appetite, lying down and unable to get to their feet.

It’s more common in heavily pregnant ewes carrying two or more lambs, but can also affect those with one.

We all know how serious it is to self-diagnose! And within less than 24hrs later, when I saw no improvement, in fact, she had worsened; I rang my vet for a farm visit ASAP.  I was very worried at this stage.

There are a number of reasons why a ewe could succumb to either of these illnesses, perhaps their food and mineral intake is insufficient for the demand the lambs they are carrying are making on their bodies.

Ewes with poor body condition scores may not have enough reserves to sustain them and their growing lambs. Older ewes also can be more susceptible.

The list goes on…but the most important thing to understand is how critical it is to get ewe nutrition right before, during and after lambing as the demands on their bodies are extraordinary.

Personally, I think we forget how much our animals go through for us, whether it be to produce milk, eggs or their young for us.

I know a lot of things can go wrong with sheep. They are not always the hardiest of animals but, I also think we underestimate how resourceful and tough these wee woolly beings are and often times, they do recover from illness and injury and go on to make brilliant mothers and add value to a flock or they go and sell well at mart.

My ewe has improved but still a guarded prognosis. Fingers crossed for my girl.

- Advertisement -
Previous article
Rare Breed: How many of James’ 300 heifers are in-calf?
Next article
Breeding pedigrees, working full-time with FRS and juggling life as a parent of 6