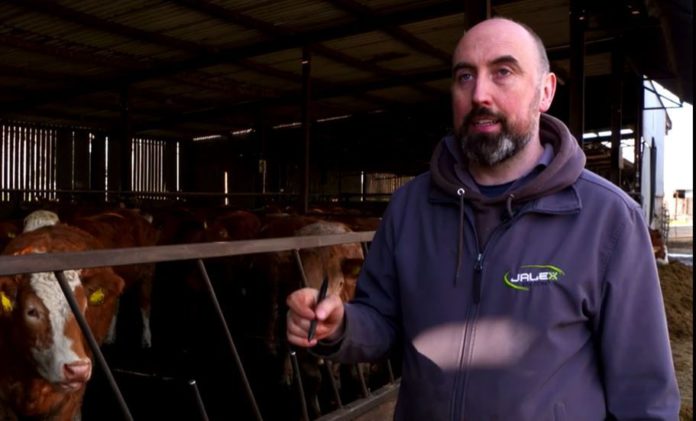 Rare Breed: How many of James’ 300 heifers are in-calf?

It’s March 2020 for the Rare Breed farmers as they return to our screens at 7:30pm tonight (Tuesday, January 23rd) for episode three of ‘RARE BREED – A Farming Year’ on UTV.

In March, we see how Covid-19 causes huge changes to everyday life as the first lockdown is implemented. Some of the farmers turn their hand to camerawork to keep video diaries, with a couple of familiar faces from previous series popping up!

Animals have to be looked after; silage, grass and crops grown; and milk, vegetables and meat produced.

It’s springtime and the first port of call is to just outside Tempo, Co. Fermanagh. Dairy farmer Andrew Little is doing one of his favourite jobs – ‘cow pedicures’!

He comments while some farmers love being out on tractors, he could work at the cows’ hooves all day, “I love this oul’ craic!”

He has invested in specialist training for himself and a smart new piece of kit to make it easier on the cows and him.  But while he’s working, he’s very aware that there are reports of a new virus – Covid 19.

Des Kelly from outside Ballygawley, Dungannon kept a video diary in March and we get a first-hand view of him visiting new-born lambs and twin calves at the farm late in the evening.

He also talks of the challenges at his accountancy firm in terms of looking after all the staff and his customers while lockdown is ongoing. 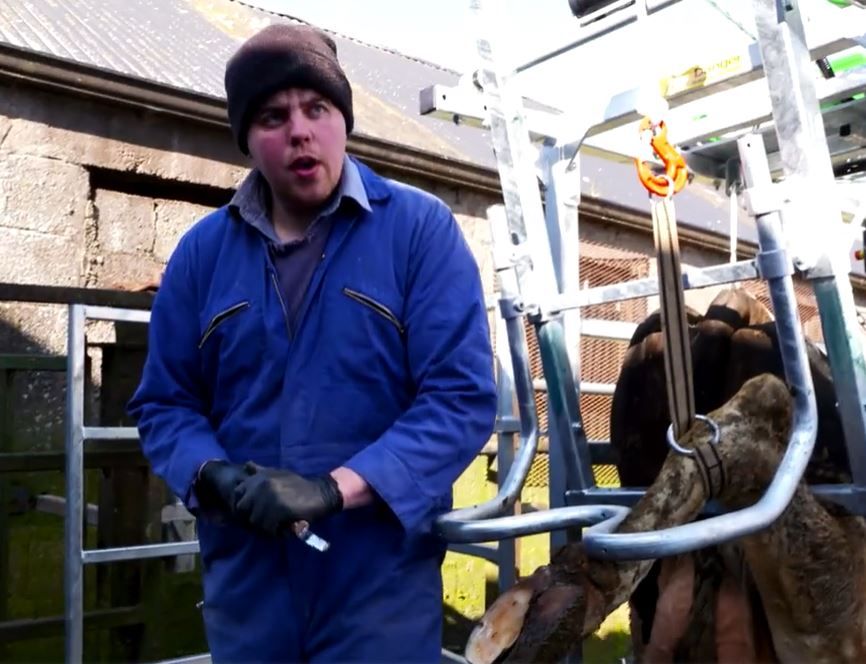 Claire Shearer and partner, Davy, from outside Comber, are on the road early to pick up a new mare and foal. They have drawn a positive from lockdown, remarking that there is no traffic on the roads, enabling them to make the journey much quicker.

After a bit of persuasion, they get the mare and foal loaded up into the horsebox and head home. They are both grateful that despite lockdown, they can be outdoors with the horses.

Joel Kerr from 2019’s series, and Robbie Neill from last year’s series both provide short update videos for this episode.

Dungannon- based Joel, who farms native cattle and sheep, has since moved into the farmhouse at the farm and introduces son, Rudy.  Still in his pushchair, Rudy immediately quietens down when he’s with the sheep and lambs, convincing Joel that ‘he’s going to be a farmer’.

Part-time pig farmer and full-time firefighter, Robbie Neill, sends a video from the farm in Crossgar, with son Angus on his shoulder. He’s disappointed not being able to show the pigs this year, but is keeping busy with his full-time job with NIFRS, and helping to home school young Angus.

Back in Randalstown, James Alexander is checking 300 cows which have been AI’D to see how many are in-calf.

There is a lot of pressure as he explains that the efficiency of his whole system of farming is based on getting as many in calf heifers as possible.  After a shaky start, he thinks he’ll have about a 70% success rate.

He explains that he’s not getting stressed about coronavirus as he has no control over it, saying that “farmwise, it’s no different. All the animals still need care and husbandry and the “farm carries on the same, ‘cos there’s nothing else we can do”.

Up to 300 customers daily

Our last stop is to Emily McGowan who is in her farm shop in Saintfield. Millbank Shop is busier than ever, with click and collect service, and deliveries out to the more vulnerable.

She’s also introduced a one-way system in the shop, but she is aware that being in contact with so many people on a daily basis – up to 300 per day coming into the shop – she’s worried about bringing illness home.

We then head to the farm where it’s the first day of sowing kale, broccoli, cabbage and brassica.

Emily’s dad, Adrian, explains the seeding and planting process, and having to cut back to two planters on the machine instead of three due to social distancing and safety requirements.  But it all goes well, albeit a bit slower than normal.

- Advertisement -
Previous article
‘I was told I would never succeed in the farming world because I am a girl’
Next article
Farmer’s Diary: A flock favourite with a guarded prognosis