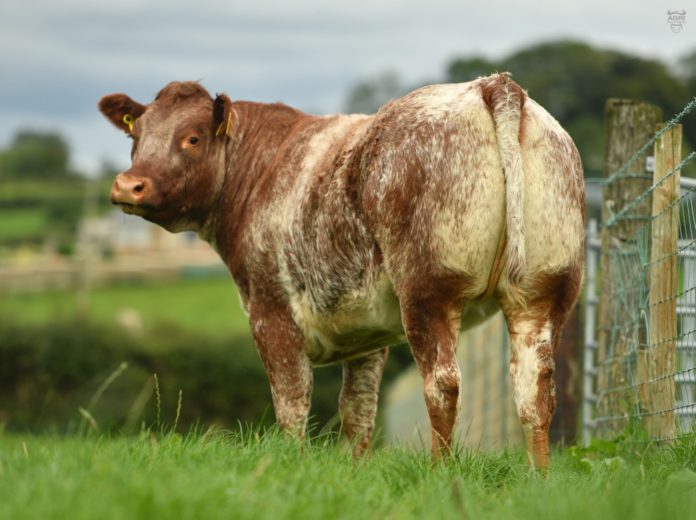 Air Ambulance NI Agribusiness group has launched a competition to win a roan heifer from the renowned Jalex herd.

The charity has partnered with Culchie Comps that provides the online competition platform and manages all competition entries.

Organisers will announce the competition’s winner on October 30th, 2021, at a live draw at Jalex Farm in Randalstown.

She said: “The brand name Jalex has become synonymous with quality, so we know this will be an attractive prize for the farming community.”

“The air ambulance charity is a cause that people want and need to support given the service is called upon for farming or agricultural incidents on average once every week.”

She explained why organisers selected ‘Hope’ as the animal’s name.

She said it is “fitting in so many ways”:

“With entries at just £10 each or six for £50, we ‘hope’, excuse the pun, people will dig deep to be in with a chance and keep the helicopter flying,” she added.

Organisers will donate net proceeds from each ticket sale to Air Ambulance NI. The charity works in partnership with the Northern Ireland Ambulance Service to provide the Helicopter Emergency Medical Service (HEMS) for Northern Ireland, 365 days of the year.

Air Ambulance NI needs to raise £2 million each year to maintain this service, so public donations are crucial.

“This means we have a golden opportunity to raise substantial funds for this vital service. Thanks also to Alfie Shaw, Agriimages, for his super photos of Hope.”

Furthermore, Niall Turley, Culchie Comps said: “We are delighted to do our bit for Air Ambulance NI.”

Concluding, Paul Elwood of Liquid Gold added: “This is a super commercial heifer that has the potential to be a fantastic cow maker.”

“I jumped at the opportunity to get involved in this fundraising initiative. I greatly admire the service that the AANI provides.”

You can enter the competition now at www.culchiecomps.com.