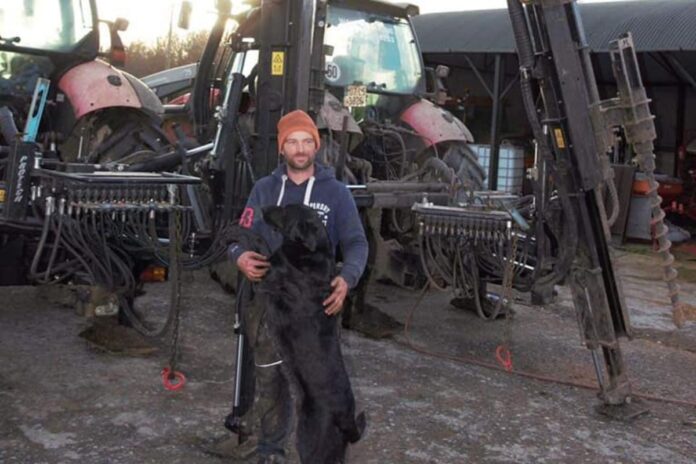 ‘Rev for Trev’ will take place in memory of the late Trevor (Trev) Wallace later this month to raise funds for Pieta and Teac Tom.

A spokesperson told That’s Farming that Trevor operated Wallace Fencing Contractors – one of the first fencing contractors in Ireland to have 3 Protech P500s Post drivers – outside Mountrath, Co. Laois with his father and two brothers.

Organisers of the run described him as a “hard-working, kind lad who would never see you stuck and had a keen eye for detail”.

They said: “He would always be on the phone to answer technical farming or machinery queries; he loved his tillage.”

“He was an energetic young farmer, in his mid-30s, running a thriving fencing business, who unfortunately succumbed to suicide in 2021.”

His friend, Lee Walker, described him as “a person with a huge character and heart”.

“He was generous; he would give you anything he could, from a chocolate biscuit to tractors and machinery, from advice to his favourite knife, which he always wanted back.”

“Trevor had a great sense of humour; he was already ready for the craic and to see the funny side of things, a practical joker by times.”

“Trevor was a gift to us all whose life has touched so many and all for the better.”

“He has a great group of friends and family who wanted to raise funds for charities, who helped people like Trev, and Rev for Trev was born. Our chosen charities are Pieta House and Teac Tom,” he added.

According to its website, Pieta provides a free, therapeutic approach to people who are in suicidal distress and to those who engage in self-harm. It operates twenty locations across Ireland, employing over 200 therapists and support staff.

All its services are free of charge, and staff are fully qualified, providing a professional one-to-one therapeutic service.

The Thomas Hayes Trust CLG is an initiative that is the brainchild of the Hayes family to support individuals and their families affected by suicide or contemplating suicide.

Angela Hayes, her children, family and friends established the Thomas Hayes Trust in February 2014, following the tragic loss of her son, Thomas, to suicide (2011) on the anniversary of his father’s suicide.

According to its website, it offers a unique service within the community in the provision of immediate counselling and support.

Organisers of the forthcoming tractor run concluded: “Suicide does not stop at the event; it ripples on for years after. We are doing this run to let people know it is ok to talk.”

The run takes place in Mountrath on May 29th, 2022, from Mountrath Mart.

Registration from 12 with  kick-off from 2 pm.

- Advertisement -
Previous article
The backstory and buyers of the 180,000gns bull
Next article
Hoggets to €270 and lambs to €184 in Kilkenny