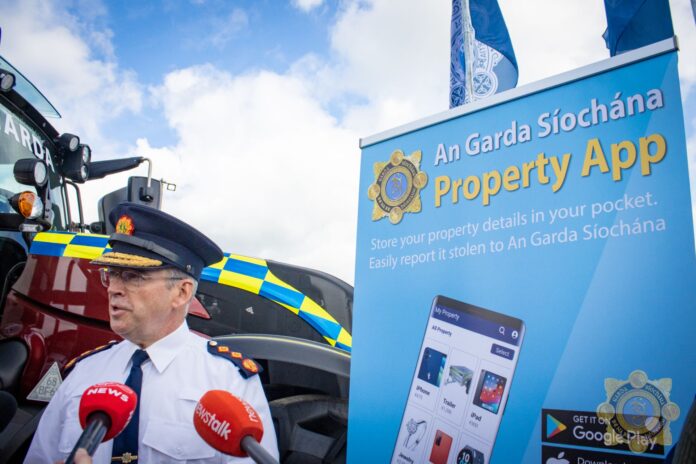 Members of the public – including farmers – can now index and record their personal property, including farm machinery, laptops, and bicycles, through a new property marking app.

In a statement, a spokesperson for An Garda Síochána:

“An Garda Síochána has for years, been encouraging people to clearly mark their property and make a record of it.”

“Property that is clearly and obviously marked is less attractive to a thief as it is more difficult to sell on.

“The benefit of having all records on their app is that an investigating Garda will have access to better and more detailed information on the stolen property, such as serial numbers, receipts, and images of the stolen items, all of which will assist with the investigation.”

“If stolen property recovered by An Garda Síochána, it is more easily returned to its rightful owner provided a record is kept of identifiable information,” the spokesperson concluded.