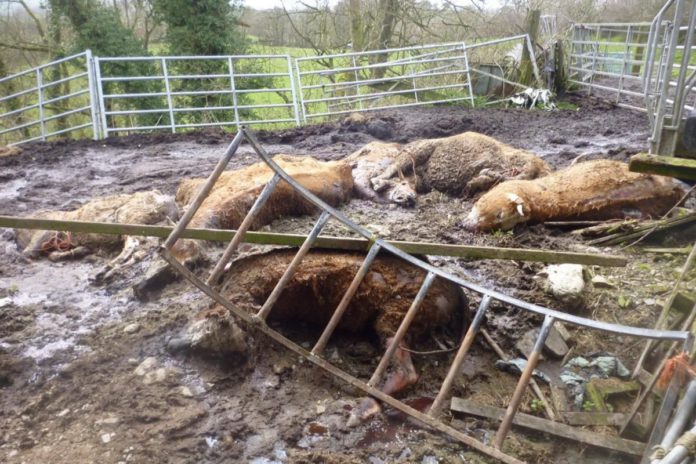 Two brothers have been imprisoned for 24 weeks each, following their refusal to comply with a previous court order banning them from keeping animals for 5 years.

The brothers had originally been disqualified under section 34 of the Animal Welfare Act 2006, after conviction and sentence on February 14th, 2019 involving the deaths of multiple cattle on their farm.

“This order was originally imposed by the court, because of their extreme neglect of their animals, which resulted in the slow and unnecessary deaths of 58 cattle on their farm.”

“The council would have much preferred the brothers obeyed the order, but their utter refusal to comply has cost them their liberty and the ownership of the remaining livestock.”

Following evidence from Ceredigion County Council, the Animal and Plant Health Agency and from the brothers themselves, the judge found both brothers guilty and imposed an immediate custodial sentence.

The judge ruled that the offence was so serious, because of their flagrant disregard of court orders and persistent breach of animal disqualification.

The offence was also committed in breach of a suspended prison sentence imposed during their initial conviction.

In addition to a custodial sentence, the court directed that the farm’s cattle should be placed in the possession of the council.

The court also ordered Ceredigion County Council be reimbursed by the brothers for the expenses incurred in carrying out the Courts Orders, to pay a surcharge to fund victim services of £122 and to pay costs of £425.

- Advertisement -
Previous article
TY students representing Borrisokane in Croke Park
Next article
When should I intervene when a cow or heifer is calving?