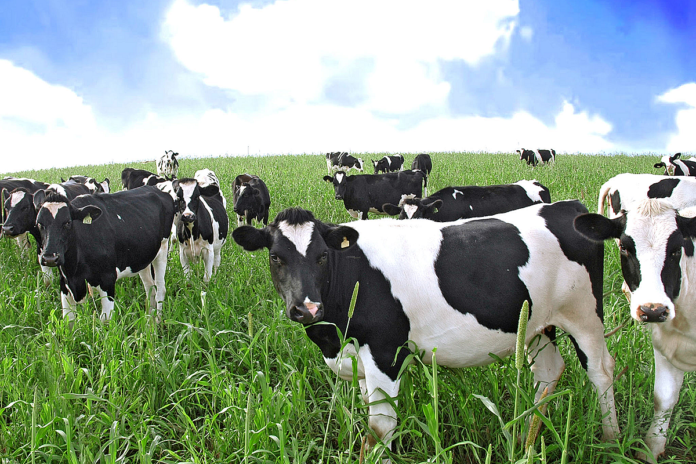 He made the transition after realising that milking cows was the most profitable enterprise for the farm, after moving to a grazing-based system.

Keith originally ran a 350-cow farm with pedigree Holsteins and now has two herds, each comprising of five-hundred cows, which pass through a 32-point rotary milking parlour. The milking platform consists of 299 hectares with a support block where young stock are reared.

The herd has an empty rate of 8-9% with a 12-week breeding season, with intentions to reduce this to 10-weeks this year.

“By milking OAD, we could milk 1,000 cows using every hectare that is accessible to the dairy buildings, whilst still using our current 32-point rotary milking parlour.”

He explained that all cows are milked in the morning. The first five-hundred cows are milked from approximately 5am or 5:30am and the second herd of cows enters the parlour thereafter. “At peak, we probably finish at 1:30pm. We milk about 150 cows per hour.”

Calving officially gets underway on the UK-based enterprise from February 21st, with some calves arriving as early as February 10th; cows are dried off the last Tuesday before Christmas.

“We are getting around 375kgs of solids (sold). We are quite confident we can [get this figure] to 400kgs. We have been in expansion mode, so the herd is quite young, with somewhere near 30% are heifers every year at the moment.”

“Our cell counts aren’t any worse than they were before; they run through the year around the 150 mark. They do start going up towards the end of the location, but we manage at that point by drying off any high cell count cows.” Davis added.