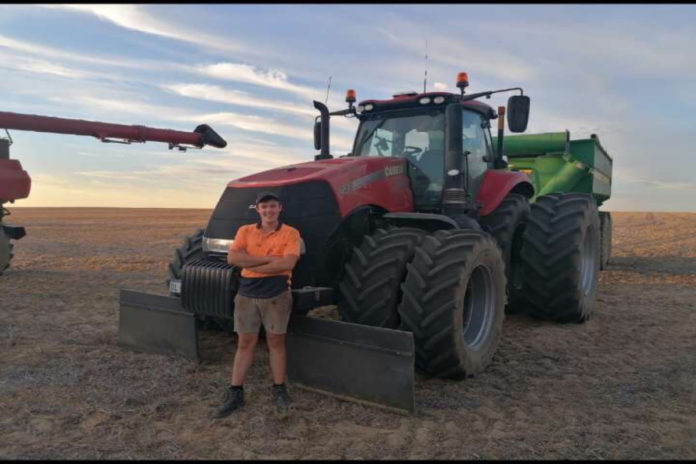 Michael Delaney farms alongside his father, Raymond, on their dairy farm in Nenagh, Co. Tipperary.

Their farm consists of a 105-acre milking platform and another 65-acres of out-farms for silage and rearing replacement heifers and weanlings. They currently milk 110 cows which are a predominantly Holstein Friesian and calve from the start of February to early April.

“We’re trying to breed for high-EBI. We want to keep fertility high as well as having highly productive cows. Hopefully, over the next few years, we can increase solids and the 6-week calving rate.”

The Delaneys increased from 98 cows last year up to this year’s number, with 8 cows culled from the herd and 20 replacement heifers introduced. They generally run more than 100 cows but experienced a TB outbreak in late 2018.

They AI for 6-7 weeks and use an Aberdeen Angus stock bull for the remainder of the season. Semen sourced through Progressive Genetics. The stock bull has been used on heifers in previous years, but Michael is contemplating synching them and using AI this year.

“We were dropping in numbers for the last year or two, so when you’re trying to bring up the numbers, you want to use the best bulls on the animals with the best genetic potential.”

They keep all the beef-bred calves from the herd and either sell them at a year-and-a-half or finish them at twenty-four-months; they plan to finish thirty cattle this year.

The young farmer hopes to increase the herd in small increments over the next two years and try to consolidate their system. Through breeding and grassland management, he plans to increase the productivity of their farm.

“I’d like to get to 120 within the next year or two as well as increase the amount of solids. At that stage, we’ll be stocked around 3LU/Ha at home, so we’ll probably stay at that for a while and see how we manage. Hopefully, we grow more grass and boost efficiency.”

Michael studied animal and crop production in UCD and during his studies, the Tipperary man travelled over to Saskatchewan, Canada to work on a large-scale suckler and tillage enterprise. The farm was roughly 10,000-acres of canola (OSR), wheat and lupins.

“It was a great experience to see farming on such a large scale. The size of the machinery and the number of acres we covered was completely different.”

“The modern technology they had stuck with me and I was keen to try to introduce more technology at home once I was back.”

His time was spent between both tillage and the suckler enterprise on the farm. There were 700 cows in total, a mixture of Angus and Simmentals. They graze in large pastures and calve outdoors in weather conditions that can drop to -20 degrees.

In the autumn of 2019, Michael ventured to Australia for the silage and harvest season. His first job over there was drawing silage for a dairy farm. “We started working for a farmer that does his own silage, milking around 500 or 600 cows.”

“I spent the whole-time drawing silage in a John Deere 6920. I was there for the three weeks of silage and then moved on.”

“We then went north, near Perth, and got a job working in the harvest. I got a job driving a chaser bin for two combines on about 17,500 acres. They got very little rain this year so the yield was fairly bad.”

Looking back on this experience, Michael said: “In fairness it was great, the gear was very good and they treated us well over there. It makes you realize how small Ireland is.”

Once the harvest was completed, he went travelling the east coast for his last few weeks, before coming home to help his father with the calving. He is happy being at home for the minute and taking time before planning his next move.

For any young farmers out there, the UCD graduate says: “The farm will always be there, so you might as well see the world before you come home. You’ll be long enough at home in the end.”

- Advertisement -
Previous article
VIDEO: Workout while you farm
Next article
Calls for ban on all non-EU beef imports