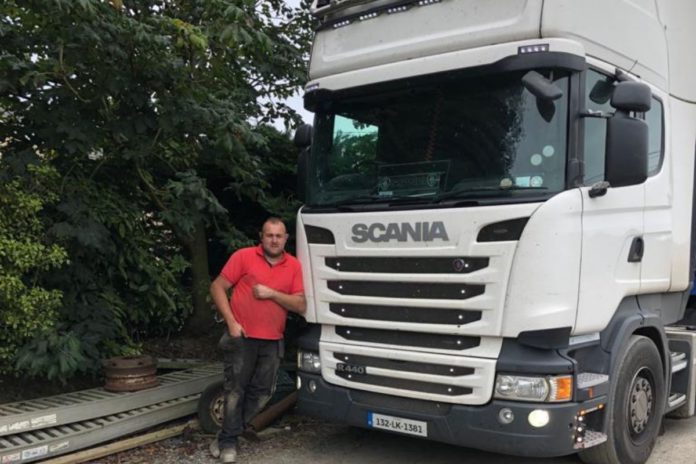 In this week’s Livestock Haulage segment, That’s Farming, speaks to John Fitzgerald from John Fitzgerald Agri. The livestock haulier discusses establishing his dream business as a teenager, his passion for transport, and increasing fuel costs.

John Fitzgerald, from Ballyagran, who comes from a farming background, embarked on his livestock haulage journey, recently.

He identified an opening in the market and is in the sector for over two years in his own right.

The Limerick native, who left school after his Junior Certificate, worked with a local haulier transporting livestock, feed, farm, and plant machinery, before setting up his own business.

John established John Fitzgerald Agri, with a 2006 VOLVO 480 lorry and then purchased a 2007 SCANIA 480 through DoneDeal.

“Livestock haulage was always a passion I had. I was drawing with a 2006 Toyota Landcruiser jeep and a Nugent 14ft tri-axle trailer, but I wanted to go bigger and do a bit better.”

“It was about a year-and-a-half ago when I got my first livestock haulage lorry trailer, a Millmoor 45ft double-decker.”

“The double-decker will hold 45 factory cattle and 75 weanlings – depending on the size.”

“If you call, I will haul. It does not matter what part of the country; I will get to it. You have to have a passion for the road in this game.”

“If you do not, you will not enjoy it. I enjoy the road; you will meet a few people and see different places.”

“There is work everywhere if you are willing to do it. I always said that and was told that. So, it has not been a failed statement for me yet.”

“I would be drawing a lot of cattle out of Gortatlea Mart. The jeep and trailer would work in GVM Kilmallock Mart.”

Fitzgerald stated that animal welfare is an “important” concept in his company.

“You have to make sure the animals are comfortable, and they get to their destination right. That is the aim of the game; they have to get from A to B.”

“The double-decker is all divided up. There are nine pens, and the animals are in controlled spaces where they are safer in smaller numbers.”

“Animals have to be comfortable. So, it is better to have one less animal than one too many.” 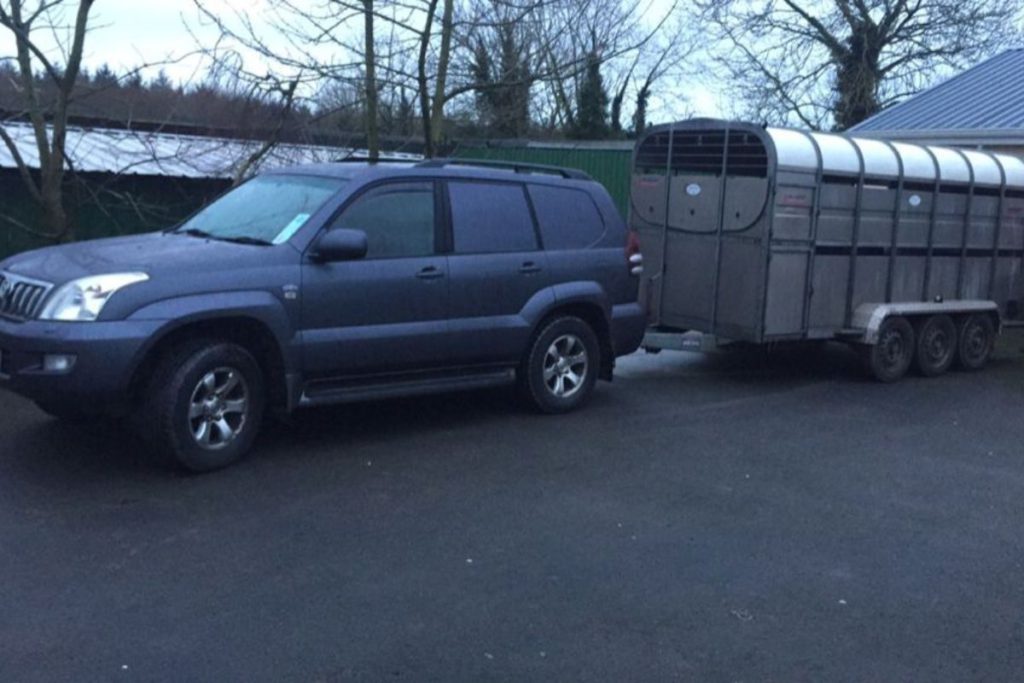 “There are more cattle to be moved, and numbers have grown in every farm as opposed to before. So, everywhere is getting bigger.”

“A typical day in my life would involve jumping from pillar to post with the low-loader or a load of cattle. You could not time it day-to-day.”

“You are at the end of the phone waiting for the next call. Cattle coming out of marts are short notice. You do not know until people have them bought.”

John released what he likes about livestock transportation and the challenges he faces as a haulier.

“I like the long road, away from it all the freedom to see different and new places. You have the work that bit harder if cattle are that bit livelier.”

“The busier time of the year from September/October, onwards to February and March, cattle would be going in, and there would be cattle being finished for factories.”

“One thing I like about the livestock haulage game is that no two weeks or roads are the same. I like the variety.” 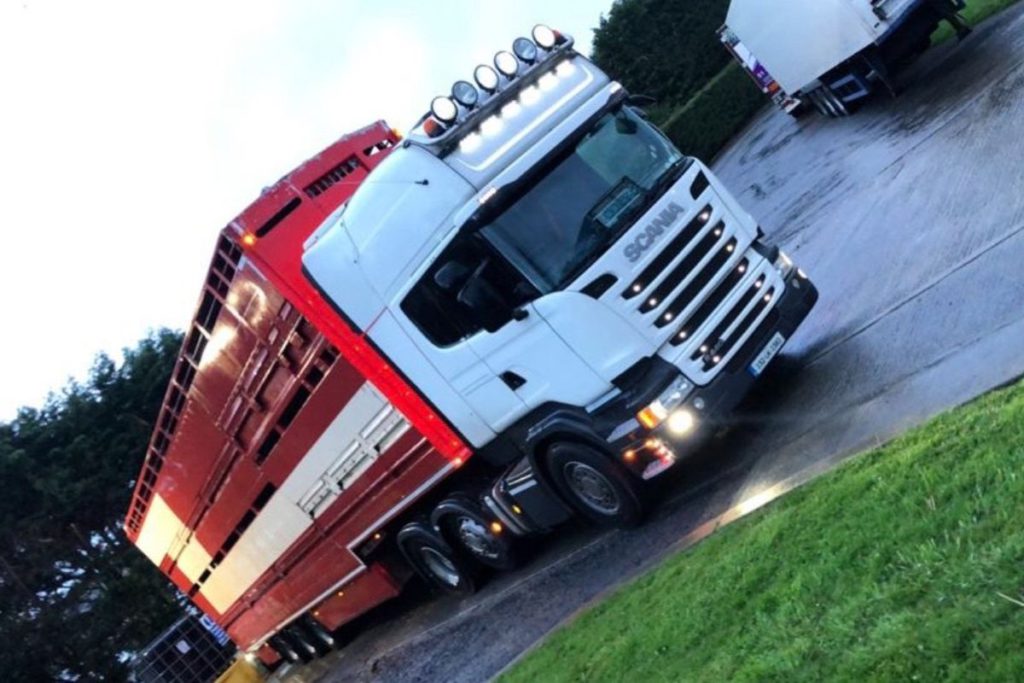 John reflected on the journey he has undertaken since registering his company two years ago.

“I do not think I would do anything differently if 2021 was my first year in haulage. Honestly, I think the way I went about it was the right way.”

“I built up the business nice and steady. I am ambitious to have a new lorry and trailer in time to come. There is no point crimpling yourself with payments when you are only getting going.”

“I had the groundworks done before with a customer base. So, it was always going to be slow starting out. The only way it can get better is to keep putting your name out there and looking for more work.”

John intends to upgrade his SCANIA lorry, and purchase a Pezzaioli double-decker trailer plus a low-loader.

These investments will depend on increasing steel prices for their productions.

John shared his view on the future of livestock haulage in Ireland.

“I do not know what way the future of livestock haulage is going to go. They are on about reducing the number of animals in the country and methane gases.”

“Cattle are still going to be there, but there might not be as many of them to be drawn.”