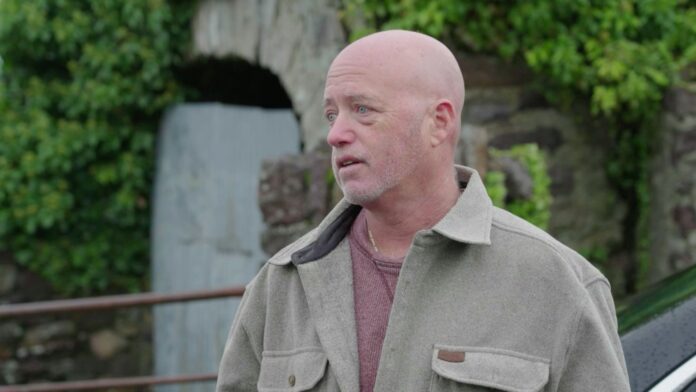 The decision to sell the family farm is not one easily made, but sometimes it is the only option, as highlighted in a recent episode of RTÉ Ear to the Ground.

In October 2022, Joe Cutogno – who was born and raised in the United States – came from New Jersey to Irish shores to oversee the sale of the farm that his mother grew up near in Thomastown in Co. Kilkenny.

His grandparents originally owned the 235-acre farm and his mother, Margaret, was one of four children, but she left here in 1955 to study nursing.

Margaret, who is now aged 85, had two brothers, who both passed away in the last decade, and her sister (Joe’s aunt) passed away since filming the clip.

Joe’s only previous visit to the farm was in 2014 when he came over to meet his relatives.

He told Helen Carroll, presenter: “To be honest, she [my mother] wanted a life away from the farm. She told me she used to get up in the morning, and before school, she would milk the cow; that was her job, and she was the youngest.”

“Honestly, she wanted something else. She went to England to become a nurse and studied nursing there, where she got her degree. Then, she went to the US, where she met my father, and that is where she stayed.”

“There is an Irish movie, Brooklyn, and it is almost her story. She was sick on the boat going over. She tells the story of being sick, meeting my father called Tony, who was a plumber, just like in the book, and my father was the first generation to die in America.”

“My mother is not aware that the farm is being sold; she has dementia. She knows my brother and me. Her long-term memory is spot on, and she can still tell stories about the farm.”

“We were never able to come back because my father struggled with his health for most of his life, and my mother was attached to him. I have made this trip for my mother.”

With Joe and his brother, Tony, living in New Jersey and no family members to work the farm, the land was rented out.”

According to Carroll, “the sale of this farm is being driven by debt”. In their later years, Joe’s uncles and aunt required professional healthcare, which “ran up very substantial costs”.

“There were three or four nurses here that would come every day around the clock. All of that has to be paid for now, and it is extensive the amount of money that we owe.”

“I feel guilty, but we simply do not have the means to pay everybody off. We need to pay what we owe and clean the slate. There are not a lot of options.”

Kilkenny-based auctioneer, Joseph Coogan Auctioneers, commented that it is possibly more than 30 years since a farm of this size came to the market in the county.

Ahead of the auction, he revealed that the farm could change hands for €3 million or “possibly even more”.

The auctioneer then consulted with Joe, and they decided to resume the auction, which saw renewed activity. The hammer eventually fell at €3.1 million, which equated to circa €13,191/acre.

The auctioneer commented that “it does not happen every day of the week” before he added, “I will remember this one [property auction] forever”.

Cutogno outlined: “It did not start well, but they did a great job. We are happy with the price as we can get everyone paid, and my mum can be well taken care of.”

“A family bought it, and we hope it is as good to them as it was to my family,” he concluded.

- Advertisement -
Previous article
Kilkenny: Cull ewes to €207 in ‘sharper’ trade & lambs to €170
Next article
5 Christmas gifts for the junior show exhibitor in your life