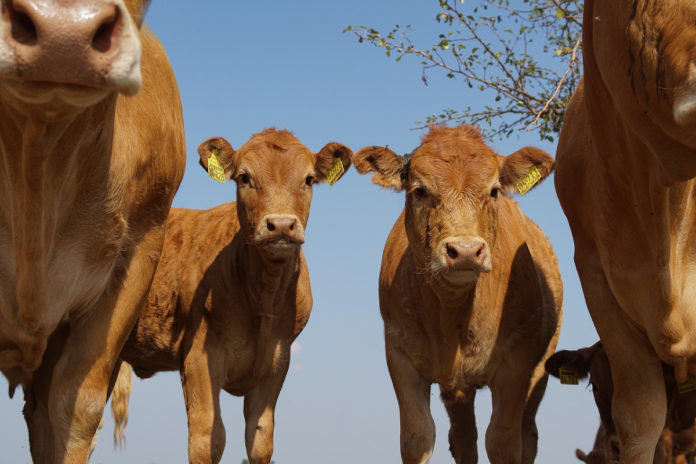 Beef production is affected by and contributes to climate change. LIFE BEEF CARBON is a voluntary European initiative that aims to curb the impact of beef farming on the climate by reducing carbon emissions, writes Teagasc Researchers Jonathan Herron and Donal O’Brien.

Teagasc is a major partner in LIFE BEEF CARBON and is leading efforts to develop climate-friendly beef production systems in Ireland, with support from Bord Bia.

The overarching goal of these producers is to maintain or increase beef production while reducing carbon emissions by 119,000 tonnes over a 10-year period. In other words, LIFE BEEF CARBON aims to cut beef’s carbon footprint by 15% relative to the start year, 2016.

The programme expects to do this at low cost and with minimal impact on soil health, water quality, air quality and biodiversity.

To achieve these ambitious objectives, low carbon action plans have been designed for typical beef production systems in each country e.g. suckler to weanling, suckler to beef, weanling and store to beef. The action plans are a compilation of practices for reducing carbon emissions.

Currently, these plans are being trialled on 172 innovative beef farms, 20 of which are in Ireland. The innovative Irish farms in the project were supported by the BETTER FARM programme and have shown to date that it is possible to reduce emissions without compromising beef production.

Most actions were feasible to implement, but many require an initial investment that can be slow to yield a return.

The actions we quantified caused the largest reductions in carbon emissions from suckler to beef production systems to date are:

Many producers’ heifers were calving at over 30 months of age at the start of the programme. Breeding heifers earlier, between 14-16 months, to easy calving sires was observed to cut carbon emissions associated with keeping cattle on the farm.

It also increases the number of calves a cow produces over her lifetime, which spread carbon emissions over a larger output, thereby reducing carbon footprint.

On some farms, the number of calves per cow was lower than expected i.e. <0.8 calves/cow.

Carrying cows not producing any calves from year-to-year had a negative impact on the carbon footprint of these farms.

Simple changes, however, such as increasing the ratio of bulls to cows to 1:30, along with better nutrition prior to the start of the breeding season were found to improve cows in-calf rate.

This, coupled with improvements in calf management, reduced the number of cows needed to produce a calf and led to a significant cut in beef carbon footprint.

The impact of the other actions implemented on Irish farms will not be known until the last year of the project.

However, the results to date are encouraging, indicating beef producers can make the necessary reduction in carbon footprint by adopting smart farming practices.