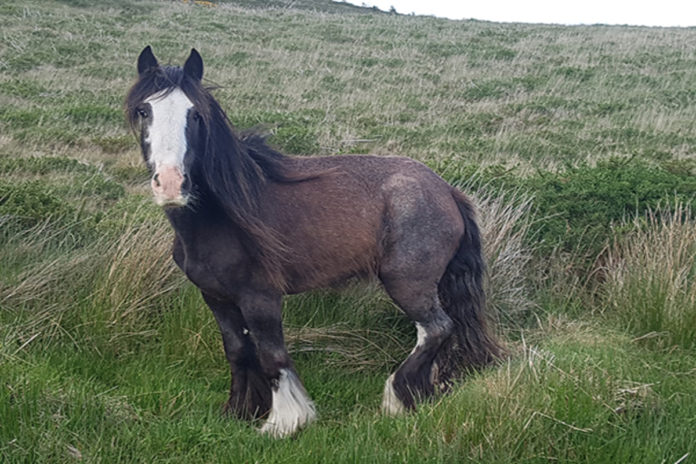 The Irish Society for the Prevention of Cruelty to Animals (ISPCA) has recently orchestrated the rescue of a young injured pony.

The pony was discovered and recovered from the side of the Sugarloaf Mountain in Co. Wicklow.

The ISPCA were called by a concerned member of the public after the pony was observed to be injured and extremely lame.

ISPCA Chief Inspector Conor Dowling responded to the call. He reported: “The pony, now named Petal, was struggling to walk and every step she took caused her pain. I needed to act immediately to get her to safety so I contacted the nearby Irish Horse Welfare Trust (IHWT) for assistance.”

The pony was unsettled and efforts to secure her with a head collar were unsuccessful. While Conor waited for help to arrive, he slowly herded the pony towards the car park.

He was joined by a Veterinary Inspector from the Department of Agriculture Food and the Marine and a representative from the IHWT. Along with kind members of the public, the team were able to patiently guide Petal straight into a waiting horsebox and to safety.

A subsequent veterinary examination revealed that the horse had a severe infection and injury. The ISPCA reported that she requires medication and rest and the coming weeks will be critical to her recovery.

The pony did not have a microchipped and efforts to locate the owner are continuing.

“It is my belief that this unfortunate pony was dumped on a mountainside because she was injured and the person responsible for her care didn’t want to pay for her veterinary treatment.”

“If anyone has any information about how she came to be there, we would very much like to hear from them,” Dowling added.

If anyone has information in relation to this incident, they can contact the ISPCA on 1890 515 515 or email [email protected] in confidence.