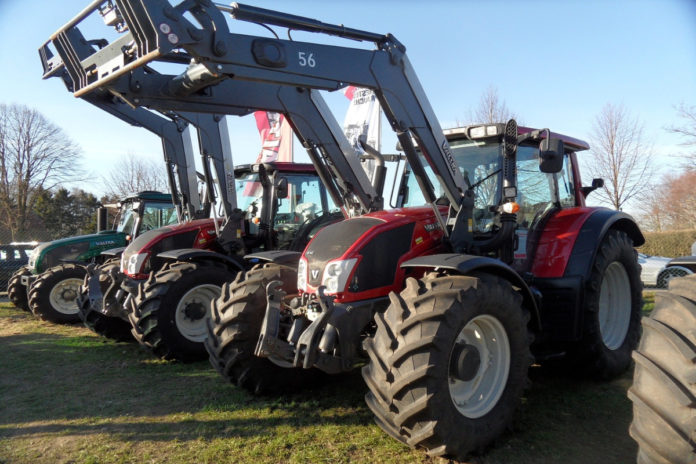 The Farm Tractor & Machinery Trade Association (FTMTA) have released their latest figures in relation to registrations of tractors and other self-propelled machined up to the end of April.

The FTMTA have reported that, unsurprisingly, there has been a drop in activity in comparison to the same stage of 2019.

COVID-19 appeared to have not made much of an impact when the data for March registrations was released, but the impact was evident in April as tractor registrations fell by 43% in comparison to April 2019.

There were 119 units registered in April, bringing the total number registered in 2020 to 1,015 units, an 8% decrease on last year’s figure.

Cork, Wexford and Tipperary continue to have the highest number of tractor registrations in the first 4 months of the year. Currently, Cork has had 145 units registered while Wexford has 68 and 67 in Tipperary.

Teleporter sales continue to be heavily impacted. Having experienced a fall in sales of 50% in March, this has escalated further in April as the number of units registered was a mere 7, showing a 75% drop-off from April 2019. In total, 196 units have been registered in 2020.

Wheeled loader registrations dropped by 5 units in April, with 12 units registered in the month. However, such machines have seen an increase in registration since the beginning of 2020. Registrations have increased by 21% to 57 units.

Registrations for self-propelled silage harvesters gathered pace as the silage season approached, according to the FTMTA. A total of 22 machines were registered by the end of April.